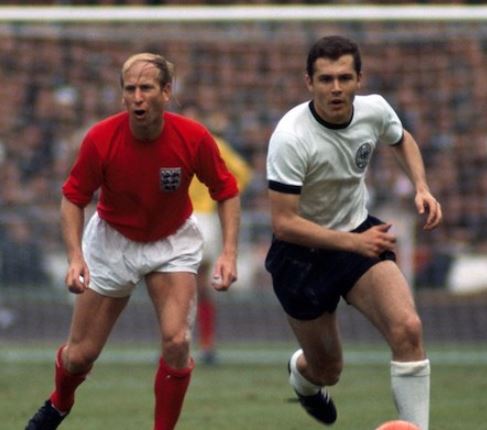 Following a fantastic win for England we’re going back to that historical year, the one that sends tingles down the spines of the nation – when England won the world cup, 52 years ago. (Who knows, we may have another win this year)

Ever wondered how the housing market has come on since that momentous occasion, would it be worth betting on England to win the world cup again? Online Estate Agency, House Network, take a look into the peaks and troughs of the demand and value of UK properties over the last 52 years.

70’s and 80’s
Soon after the 1966 World Cup, PM Harold Wilson put a 6 month freeze on wages in a desperate attempt to steady the economy. However this coincided with a large increase in the population and inevitable inflation, which exerted its influence on the housing market as prices soared at an incredible rate. Peaking in May 1989 (3 years after Argentina lifted the World Cup trophy in 1986) to an average house price of £70,246.

90’s
In 1992 there was an 18% fall in the average house price. It slipped from around £57,000 in 1990, to £51,000 in 1994, the year that Dunga captained Brazil to a dramatic penalty shoot out win at the Rose Bowl in California against Italy. The fleeting property crisis was due to the Governments unsuccessful attempt to protect the value of the pound with higher than usual interest rates.

2000-2018
The UK saw a recovery of the housing market as the average house cost more than doubled from £72,000 in 1998 to £176,000 in 2006. This was also the year of the World Cup where the world witnessed the shocking headbutt from France legend Zinedine Zidane on Italy’s Marco Materazzi.

Italy went on to lift the trophy after all the drama of extra time and penalties. Just like Materazzi, the housing market plummeted with the infamous recession of 2009. With that, the average house price decreased a detrimental 21%.

In 2011 it stabilized again, as UK home owners breathed a deep sigh of relief, especially those who owned properties up North as they saw a huge increase of over 100% in comparison to 63% of London residences. Looking at the sheer increase in property prices over just the last 20 years alone, it shows just how worthwhile and lucrative investing in property can be.

You can find the full release here

Financial pressure on landlords is harming the PRS not improving it!