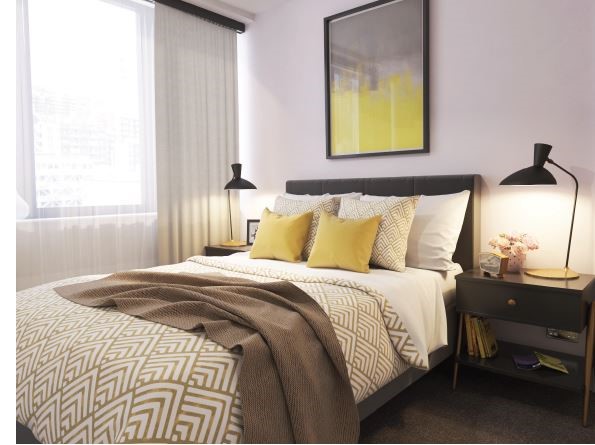 SpareRoom’s Q1 2019 Rental Index reveals that the average cost of renting a room in the UK has increased by £15 pcm (3%) since this time last year, bringing the average monthly rent up to £582 across the UK.

House prices may be falling, but rents are on the up in all regions of the UK. London, Northern Ireland and West Midlands have seen the largest jump, with rents up 4%. Despite its proximity to the capital, the south east has witnessed the lowest growth (just 2%), followed by the south west at 3%.

A closer look at the UK’s 50 largest towns & cities reveals that the highest surge in rental costs are in the north of England, with Lancashire’s Preston taking first place. Rents in the city have increased by 8% (£30) since last year, bringing the average rent to £378 pcm. York and Stockport follow with increases of 7% each. At the other end of the scale, Southend-On-Sea, Aberdeen, and West Bromwich sit at the bottom of the table with decreases of -5%, -3%, and -3%, respectively.

Oxford follows London as the UK’s second most expensive city, with average monthly rents of £572 – a modest 1% rise since last year. The university towns of Reading and Edinburgh place third and fourth, with average rents of £530 and £519 each. Conversely, the cheapest rents can be found in Belfast (£312), Sunderland (£319) and Middlesbrough (£327).

In London, contrast to the traditional north-south divide, an east-west divide is now visible with many of capital’s cheapest rents located east and south-east, whilst the more expensive ones are found in the west and south-west. Unsurprisingly, central St Pauls (EC4) is the most expensive location to rent in (£1,336), despite costs decreasing by -7% over the past year. This is closely followed by South Kensington / Knightsbridge (SW7) (£1,177) and the Stand / Holborn (WC2) (£1,157).

However, there’s still hope for those wanting to rent in London on a tighter budget, with 17 areas in the city available for under £600, including Abbey Wood which offers the cheapest average rent (£531), Manor Park (£541) and Chingford (£542).

“House prices may have stalled but rents are on the up again. The ongoing Brexit mayhem might be putting people off buying or selling but renters still need to move. With that in mind It’s no surprise London continues to show solid growth, but if this 4% rise is a reflection of what’s to come, we’ll see renters hit their affordability ceiling and be forced further out the capital, especially as Crossrail, when it’s finally complete, likely to drive rents up in the east and south east of London.”

The table below shows how room rents have risen across the UK and in London over the past year: 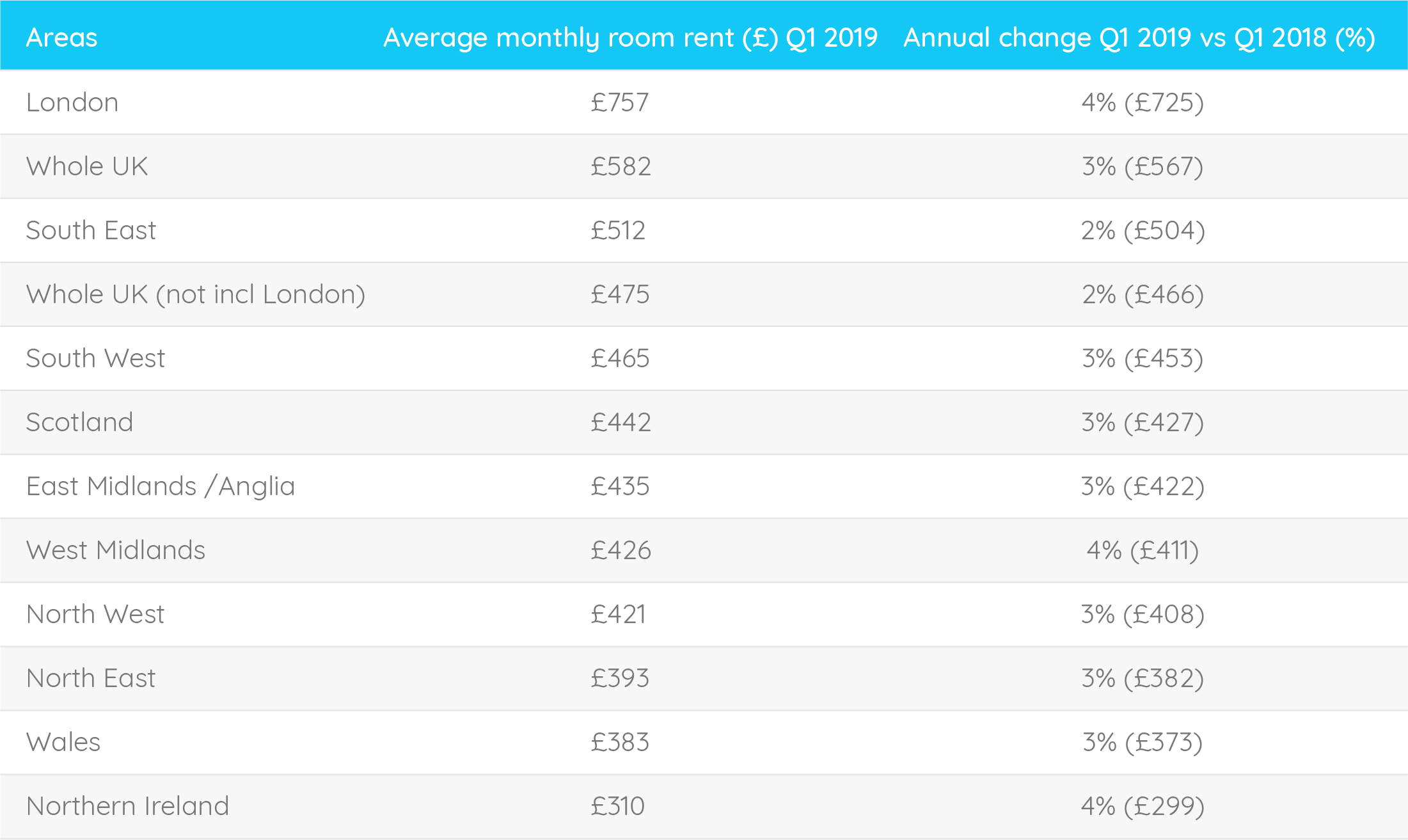