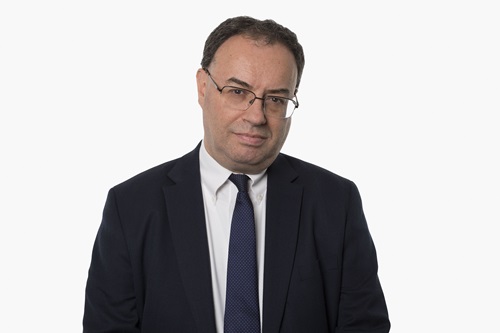 Andrew Bailey new Governor of the Bank of England

The Government has got its top pick and the Chancellor has announced Andrew Bailey, CEO of the FCA, will become the new Governor of the Bank of England from 16 March 2020. Andrew Bailey was not seen by the government as an anti-Brexit candidate and therefore may have a less fractious relationship with the new PM than Mark Carney enjoyed.

In order to provide for a smooth transition, the current Governor, Mark Carney, has agreed to now complete his term on 15 March 2020.

Making the announcement the Chancellor said: “When we launched this process, we said we were looking for a leader of international standing with expertise across monetary, economic and regulatory matters. In Andrew Bailey that is who we have appointed.

“Andrew was the stand-out candidate in a competitive field. He is the right person to lead the Bank as we forge a new future outside the EU and level-up opportunity across the country.

“I also want to take this opportunity to thank Mark Carney for his service as Governor. The intellect, rigour and leadership he brought to the role during a critical time was a significant contribution to the UK economy moving to recovery and growth.”

Accepting the role, Andrew Bailey said: “It is a tremendous honour to be chosen as Governor of the Bank of England and to have the opportunity to serve the people of the United Kingdom, particularly at such a critical time for the nation as we leave the European Union.

“The Bank has a very important job and, as Governor, I will continue the work that Mark Carney has done to ensure that it has the public interest at the heart of everything it does. It is important to me that the Bank continues to work for the public by maintaining monetary and financial stability and ensuring that financial institutions are safe and sound.

“I am committed to the Bank being an accessible and approachable institution, as well as an open and diverse place to work.

“I would like to pay tribute to my colleagues at the Financial Conduct Authority for their support during my time as Chief Executive and the excellent work they do.”

Mark Carney said: “I am delighted to welcome Andrew Bailey back to the Bank as its next Governor.

“An extraordinary public servant, Andrew brings unparalleled experience, built over three decades of dedicated service across all policy areas of the Bank, and most recently as CEO of the FCA.

“Andrew is widely and deeply respected for his leadership managing the financial crisis, developing the new regulatory frameworks, and supporting financial innovation to better serve UK households and businesses.

“Over the years, I benefited greatly from his support and wise counsel.  I wish Andrew and the Bank continued success in their work to serve the people of the United Kingdom by maintaining monetary and financial stability.”