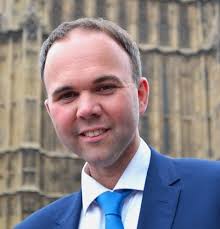 Agents will be able to respond until the 2nd of June to the government consultation on banning letting agent fees to tenants. This is in an effort to make the upfront costs of starting a new rental for tenants more affordable.

The Government said it is looking to halt unfair charges being imposed and stop the minority of agents who charge tenants and property owners twice for the same service.

The Housing Minister, Gavin Barwell said “We’re determined to make all types of housing more affordable and secure for ordinary working people. Tenants should only be required to pay their rent alongside a refundable deposit and not face hidden fees.”

The Association of Residential Letting Agents (ARLA) have hit back against the proposals on behalf of its members and in a statement by MD David Cox said “The government’s housing policy is shambolic and today’s consultation contradicts its already stated aim to encourage longer term tenancies.

“Independent analysis launched at ARLA Propertymark’s annual Conference last week revealed that if an outright ban was introduced, rents will increase by £103 per year which will only serve to financially punish long term tenants” he continued.

“The decision is a short-term crowd pleaser and we are disappointed DCLG has not considered our proposals in today’s consultation. We urge the Government to use this process to think again to ensure that consumers, and the wider economy are not penalised by contradictory Government policies.”

Chris Norris, Head of Policy at the National Landlords Association (NLA), said: “Yet again the Government has published plans to tackle a particular element of the letting agency market, whilst at the same time suggesting other areas that they ‘might’ like to look at in the future.

“It is about time that landlords and agents were given some certainty about the market’s regulatory future – which could be easily achieved by agreeing an over-arching system of regulation for letting agents once and for all.

“We’re particularly concerned that the scope of this consultation appears to have drifted to include tenancy deposits, with suggestions that  a ‘cap’ may now be necessary. This looks like yet another attempt to affix a sticking plaster to a perceived problem without really understanding what is driving behaviour in the real world”.

Richard Price, Executive Director of UKALA, said: “While we’re pleased the Government listened to our suggestion to exclude holding deposits and in-tenancy charges from the scope of this ban, the fact cannot be ignored that it will seriously affect our members’ ability to run their businesses.

“Small agents in this market are drowning in constant policy interventions. The publication of this consultation in isolation, at a time when we’re awaiting further proposals on requirements for all agents to hold client money protection insurance, is proof that this Government does not have a clear vision for the future of the sector.

“If they really want to completely regulate letting agents then why waste time by constantly moving the goal posts?”

I have seen agents wanting £260 in fees per person , for what should only cost £20
its about time agent fees are sorted out

My God, So they are talking about wanting to put a cap on the value of a tenancy deposit! The maximum deposit we can take at present is 2 months rents otherwise it can be classed as a premium and give the tenant a different set of rights. I was only thinking yesterday that the landlord associations need to be challenging this maximum 2 month value so that we can perhaps charge 3 months rent as the deposit to give us a fighting chance of covering debts when we make a claim on the deposit.
What the hell is going on with the Government, are they trying to make slaves out of the landlord?

There is a shortage of organisations who don't go all out and attack the pressure groups and "I-want-something-for-nothing, and I want it now" brigade.

Housing is EXPENSIVE, that's it - it isn't complicated.

It is now ridiculous, everybody has an opinion, just like we all have belly buttons.

But since the day you were born both are absolutely useless, if it performs no function.

It doesn't mean you are an expert, it means that the most 'vocal' bully their opinion into legislation and it causes misery and oblivion for everybody actually involved, except the vocal hypocrites.

If I have an asset worth in excess of £150,000, I want and need a professional service and it has to be paid for by somebody.

I cant print money, so no matter what end of the equation it falls upon, the only people that will pay for it are the "End-Users",

Can anybody remember what they are called?
Oh yes, I remember now.... TENANTS.

So I would suggest that if the Government actually give a fig about the costs of renting, that they abolish Section 24.

Damp having a serious affect on our tenants