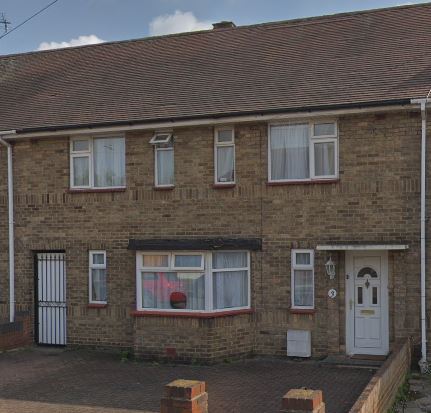 A property managing agent who used ‘ghost tenants’ as a front so that she could cram 16 people into one over-crowded house has been hit with a £26,000 fine.

The council property licensing team received an application to register the property on Eastfield Road, E17, as a single-family dwelling. However, suspicious officers investigated further and discovered that it was in fact being let as a House in Multiple Occupation (HMO) and occupied by up to 16 unrelated tenants.

Investigating officers were provided with tenancy agreements between the landlord and named tenants. They found that these ‘ghost tenants’ were not living at the property and were instead being used as a front for a rent-to-rent scam with the property occupied by a large number of tenants at inflated rents. In addition to the dangerous overcrowding, officers discovered serious defects to the fire alarm system which could have endangered the lives of tenants.

Ms. Viktoriia Stroieva, director of Ilford-based property management agency Maxvik Ltd., received the rent payments from those living at the property and as such was given a large fine under powers granted to councils under the Housing and Planning Act 2016. Initially Ms. Stroieva appealed the penalties, but withdrew the appeal  before the scheduled tribunal hearing and has agreed to pay a £26,000 fine for breaches of licensing and housing management laws.

Additionally, Mr. Edzus Eisaks of Rhodesia Road, E11, was convicted of providing false information to officers investigating this case and received a fine of £500 on top of costs of £3000 for his part in the scam at Thames Magistrates’ Court on Thursday 4 October.

Cllr Louise Mitchell, Cabinet Member for Housing, said: “Everyone needs a decent roof over their head. However, there are people who choose to exploit that need for their own personal profit and greed.

“In this case, a property that could have provided a wonderful home for a young family was instead used to pack in 16 unrelated people, all of whom had to share woefully insufficient bathroom and kitchen facilities while the property’s fire alarm system fell into disrepair.

“The council’s property licensing scheme protects residents from those unscrupulous landlords and letting agents who care more about profits than the safety and security of their tenants. Officers work hard carrying out proactive checks to protect people from this very type of exploitation.”

Rent-to-rent scams such as these remove much-needed housing stock from the market which could be used by families who cannot afford the high rents that can be generated through illegal HMO use. They can also cause problems for landlords who do abide by the rules, as they may not know that their property is being illegally sublet and find themselves liable for thousands of pounds worth of damage caused by tenants of whom they were not aware, on top of the damage caused to their reputation.

Landlords and managing agents are encouraged to visit their properties regularly to make sure that the tenants listed on the tenancy agreement are the only residents.