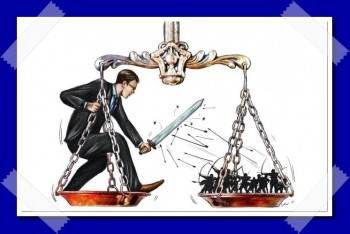 The background to the Tracker Rate Campaign is that at least two mortgage lenders have used ambiguities within consumer protection legislation to increase their profit margins on some of their tracker rate mortgage products for both homeowners and small buy to let landlords. For example:-

If you are unfamiliar with tracker rates, “Tracker rate mortgages give you the certainty of knowing that the rate you pay will move in line with Bank Base Rates”

Believe it or not, the text in italics above comes straight from the West Brom website!

A document called “Mortgages Made Simple”, which is also published by the West Brom Building Society, includes the following statement …

“A tracker mortgage links your interest rate to the Bank of England Base Rate so your monthly payments move as this changes. This means you could benefit from cheaper payments when the Bank Base Rate is low but you will also need to budget for higher mortgage payments in case the rate goes up.”

Having been lobbied heavily by their constituents, Jason McCartney and David Morris are both delighted with the cross party support of EDM976 regarding the Conduct of Mortgage lenders, there are 43 signatories as of 13th February 2014 – (see http://www.parliament.uk/edm/2013-14/976) and several more ministers, who are unable to sign the Early Day Motion, have vowed to back the campaign by writing to the Chancellor, Treasury Ministers and the CEO’s of the mortgage lenders participating in this scam.

Andrew Tyrie, Chairman of the Treasury Select Committee, put massive pressure on the FCA to intervene when the Bank of Ireland first announced it’s plans in March 2013. However, the FCA refused to take the case to Court or even to seek independent legal advice on the detailed complaints put forward by the legal team of a campaign group organised by the internet forum Property118.com. If enough money can be raised the campaign group would also like to fund a judicial review of the FCA’s conduct of this affair and well as seeking a legal definition of when a landlord ceases to be a consumer. The legal case of OFT vs Foxtons recognised that landlords could be consumers and therefore benefit from the Unfair Terms in Consumer contract Regulations. However, the case failed to identify when a landlord would no longer be considered to be a consumer and benefit from this additional consumer protection. In the Bank of Ireland case, the FCA also provided assurances to Mr Tyrie that the Bank of Ireland was a “one off” scenario. However, shortly thereafter the West Brom Building Society announced its plans to increase its tracker rate margins too.

Several MP’s have applied for a 90 minute debate and Property118 members are urging their own MP’s to do the same. The campaign group are pressing to arrange for Mark Alexander, the Property118.com campaign organiser, and his legal team to meet with Andrew Tyrie and Sajid Javid at the treasury to brief them in greater detail.

“That this House condemns mortgage lenders breaching tracker rate mortgage contracts by unilaterally increasing the margin they charge over the Bank of England base rate in order to increase their profit margins and deliberately targeting borrowers where consumer protection law is ambiguous; and calls on the Government to investigate the alleged associated recent activities of the Bank of Ireland and West Bromwich Building Society.”

With the consumer based regulators seemingly having washed their hands of these cases it has been left up to borrowers to raise funds to fight this out in Court on the basis of contractual issues and misrepresentation. Given that mortgage lenders have very deep pockets when it comes to funding legal action, and the potential of borrowers having costs awarded against them if they lose, it is very easy to see why this is a such a terrible position for those affected to be in.

That is far from where this might end though. This could be bigger than the RBS scandal, LIBOR fixing or the mis-selling of PPI or interest rate hedging products. Over 2.5 million tracker rate mortgages have been sold in the UK and such is the fear of other lenders following suit that the  Property118.com internet forum thread relating to this campaign has been viewed over 165,000 times and nearly 4,000 comments have been posted.

Campaigners have raised well over £100,000 but this is a drop in the ocean when compared to the profits these lenders are making on the back of the increases and the funds they will throw at litigation to defend their positions.

Members of the group are now urging for all landlords associations to recommend to their members that they also raise this issue with their own MP’s. This could well be the tip of the iceberg for landlords who are unaffected at the moment but if they do have tracker rate mortgage they must surely be concerned about this very worrying trend.

You can download a PDF of this article HERE. Please forward to your Local Landlords Association Representative and their CEO.