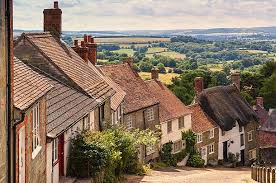 Buy to let hotspots by location start at £75,000 with good investment opportunities and capital gains available to landlords despite the impending changes to legislation. These are our top locations popular with renters where house prices are soaring above average.

In this county town, it is possible to buy a three bedroom terrace house for between £70,000 and £80,000. There is high rental demand in the area because of the proximity of the University of Wales Trinity St David Campus. Demand is also likely to increase for posher homes as a result of the expansion of West Wales General Hospital and the S4C TV studio relocating from Cardiff.

Brighton and Hove is a booming London commuter location and is a far cheaper option when compared to investing in the capital. One bedroom flats in the centre start at £150,000 and can earn a monthly rent of £650. For student lets, investors should look for a central location with good bus links to both the city centre and the Sussex University campus.

Average prices in Basildon remain at £214,392 meaning it could be possible to buy a good flat or even a small house for around £200,000. There is a plan for major regeneration in the town centre and several other big developments in the pipeline.
Basildon is located 40 minutes from Fenchurch Street station.

Birmingham city centre has enjoyed great regeneration over the past 10 to 15 years with prices having risen 10% in the last year alone, according to Knight Frank. The relocation of major firms such as HSBC and have also led to an increase in demand for rental property. High speed rail is on its way to the Midlands which makes the city even better connected than now.

Prices in Bristol soared last year to 11.2% to an average of £238,200 which is not far off the growth experienced in London (13.3%). Bristol university has a large student population, some of whom remain in the city after graduation meaning landlords can target students as well as professionals.

A spokesperson for Discount Landlord said: “Despite the impending changes to buy to let mortgage tax relief and stamp duty, the buy to let market is still performing well with particular areas across the UK experience unprecedented growth.”

Tenant got locked into flat and demands refund?

We cannot continue to let Landlords struggle without support...