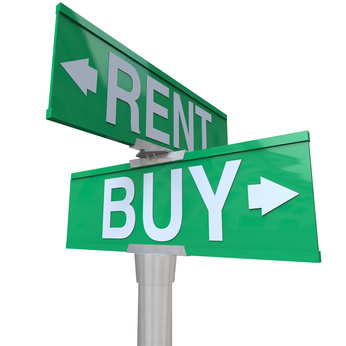 The Think Tank, Resolution Foundation, has reported home ownership is now at a 30 year low.

Using data from the Office for National Statistics Labour Force Survey (LFS) the Resolution Foundation is reporting home ownership to have fallen from its high point in 2003 at 71% of the population to under 64% today.

The highest fall reported in a major city is Manchester with a drop from a high point of 72% home owners to 58%.

The figures show that in England private renting has expanded from 11% in 2003 to 19% in 2015. In Manchester households renting from the PRS have more than tripled in the same period increasing from 6% to 20%.

Statistics for home ownership in the rest of the UK show:

In Scotland the Right to Buy scheme was scrapped as of yesterday in an effort to make sure there are still some affordable rental options for people unable to purchase their own homes.

Chief economist of the Resolution Foundation, Matthew Whittaker said, “what we particularly have seen since 2002 to 2003 is that incomes simply haven’t kept pace with house prices, so it’s not just that house prices have gone up.

We had access to lots of relatively easy credit and the position we’re in now is that credit has been turned off. We have this sense now that house prices have become detached from people’s earning’s and we no longer have the route through 100% mortgages and the like for getting on to the housing ladder.”

Stephen Clarke, policy analyst for the foundation, said difficulties were no longer only a “London-centric issue. London has a well known and fully blown housing crisis, but the struggle to buy a home is just as big a problem in cities across the North of England. The chances of owning a home have fallen fastest in Greater Manchester over the last decade, though the Leeds and Sheffield city areas have also experienced sharp drops.”

Theresa May will today chair the first meeting of the new Cabinet Committee on Economy and Industrial Strategy, which was formed to focus on building up Britain’s industrial strategy and promoting growth across the country.

It is reported that the housing crisis will be high on the agenda for the Prime Minister having previously said, “young people will find it even harder to afford their own home. The divide between those who inherit wealth and those who don’t will become more pronounced. And more and more of the country’s money will go into expensive housing.”

What is the Resolution Foundation:

“The Resolution Foundation is a non-partisan and award-winning think-tank that works to improve the living standards of those in Britain on low to middle incomes.

We conduct authoritative analytical research on living standards in the UK and produce effective policy solutions that help shape the debate on economic and social policy. To do this we work across a wide range of issues such as low pay and the minimum wage, the future of the labour market, social mobility, reforming the tax and benefit system, household debt, childcare and housing policy. We hold a regular programme of events drawing on experts from a diverse range of backgrounds – academia, employers, the voluntary sector and the City. We engage with politicians from across the political spectrum.”

It is unbelievable that people find this surprising.

If people can't afford to buy they rent.

Lack of supply has forced up property prices but that is not the only factor contributing to higher rental demand.

Homeowners could get a mortgage on interest only terms prior to the rules being changed but they can no longer do so. Monthly repayments are now far greater than they were when interest rates were much higher.

With all the talk of property prices crashing and interest rates staying low for the foreseeable future, who in their right mind would want to buy a home now for any other reason than renting it out and securing a better return on their investment than the measly rates of interest on offer from banks and building societies?

None of the above are the reasons I have chosen to rent though. I became a tenant earlier this year because I'm not sure how long I want to live in the same place. I don't like the idea of being locked into a single location any more. Being a landlord myself I also know how to find a good one. It was quite liberating when my washing machine broke down a few weeks ago and a new one turned up six days later without me having to reach for my credit card.

Renting also enables me to have a nice little nest egg. I might even decide to invest it into a nice little BTL property somewhere. Then again, I might just blow the spare money on luxury goods and nice holidays like most of my fellow tenants do. We will see 🙂
.

That's a very good point Mark about people fearing a crash and therefore being hesitant to buy except to let. I was a bit surprised about the Manchester figures, because house prices are still low in Manchester and have only recently regained their 2008 values in many areas. There are lots of properties on the market at below 100K and with help to buy, only a small deposit would be required for a first time buyer owner occupier. Perhaps recent memories of the last crash is making people hesitant?
Manchester also has a high number of people from overseas, like my tenants, who are generally upwardly mobile and may not wish to put down too firm roots; especially with all the uncertainty surrounding Brexit.

The report is in percentages, but what are the numbers behind it?
Has the number of home owners fallen, or just the proportion?

Also, how has the number of single-adult households changed in that time?
If there are more adults seeking their own accommodation rather than seeking as a couple, then that also will make ownership more difficult (as two incomes need to support two households rather than one).

As a general rule, be wary of reports that give percentages but no hard numbers; remember that an increase from 1 to 2 is a 100% increase!

I'm absolutely sick of the anti-landlord rhetoric spouted by people in the media who frankly don't know what they are talking about.
On the BBC 2 news just now someone from Shelter was commenting on the 'unregulated' PRS and the 'poor standards' of rental properties - what's that all about??? Do they not know that landlords are subject to an ever increasing burden of regulation - everything from deposit protection, carbon monoxide and legionnaires disease to energy efficiency to gas and electrical safety and everything in between.
My properties and those of all the landlords I know, are regularly refurbished and any repairs needed are done immediately. I'm sure there are rogue landlords but I have never come across one and frankly I can't imagine how they get away with it, I would never sleep at night.
Further to the decrease in home ownership and increase in the rental market is it inconceivable to imagine that it's a supply and demand business like any other and there is a direct correlation between the number of rental properties needed and those provided by landlords?
I really question sometimes why I am a landlord - more and more it's becoming a thankless task which following the tax changes will hardly even pay the costs incurred.
If landlords exit the market en masse then what? Beware Shelter, you may just get what you wished for . . .

I'm willing to bet that a sizeable proportion of the rental property in Manchester is let to students, and as you say, other transient renters not ready for something more permanent.

I agree with the findings of the Resolution Foundation that high prices are NOT solely responsible for the number of owner occupiers declining, but less availability of finance is equally, if not more responsible for this.

For example, many people who became homeowners in the 1980s found they didn't qualify for a mortgage in the 1970s, even though house prices were relatively low.

I did wonder that myself, but it would be so blatantly disingenuous to include Manchester's massive student population amongst the figures for frustrated homeseekers that I discounted it.
It would be useful for everyone on all sides of the debate to have a very accurate and objective understanding of what the figures do reflect though; in order to make sure the best policy decisions are made.

In response to the article at the top.

Affording a roof over one's head (owned or otherwise) is what matters.

Can I recover legal costs from repossession proceedings?