"London Councils to get tough on Olympics"

Landlords and homeowners hoping to cash in on the London Olympics by renting to sports fans could be breaking the law and face fines of up to £20,000.

While landlords in some neighbourhoods can take in guests on short-term lets, those in adjoining areas can only watch in envy as the capital’s 33 councils apply letting rules differently.

Some councils have announced they will police lettings to make sure no-one breaks the rules, while others are turning a blind eye to landlords who may break the law.

Westminster is leading the crack down on homeowners and landlords by enforcing a strict rule that requires property owners to get planning permission for any lettings shorter than 90 days – and permission is rarely granted.

The penalty is a fine of up to £20,000 and a criminal record on conviction.

Westminster Council told BBC London that the action would keep the rental market for longer term residents and short lets often result in complaints about noise and nuisance, especially in the more prestigious mansion blocks.

Rosemarie MacQueen, Westminster Council’s head of city planning development and design, said: “In Westminster, we have a population of 250,000 and that has to grow with targets from the mayor and ourselves.

“If we have short term lets, we’ll never increase our long term residential population. Secondly, residents who live in blocks of flats with short term lets actually feel their quality of life has gone down.

“There’s a fear of crime, they don’t know the faces of the people who are coming in and a lot of short term residents don’t treat the place like home. They leave litter in the corridors, come and go and have parties.”

Letting agents have approached many homeowners and landlords in London with huge financial incentives to rent their properties to visitors to the Olympics next summer.

Some properties can fetch rents of up to £20,000 in the four weeks of the games. 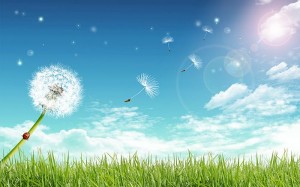 The Association of Residential Letting Agents (ARLA) today issued top tips for landlords who are aiming to let their properties out on a short-term basis this summer.

Short-term lets can be a great way for landlords to fill rental voids or make use of vacant properties, and usually last anywhere between one week and one month. END_OF_DOCUMENT_TOKEN_TO_BE_REPLACED