Are your properties at risk of being underinsured? Insurance, Latest Articles

Are you underinsured? With rapidly rising prices for both labour and materials, there’s a big risk that you could come up short in the event of a claim. We talked to Steve Barnes of specialist broker Hamilton Fraser.

No-one but a fool would fail to take out buildings insurance on their properties. But many landlords could be left seriously out of pocket in the event of a claim.

The reason? Simply put, they are failing to increase their rebuilding costs in line with inflation, often just shopping around for the best price using out of date figures.

And if you’re thinking, “I’m not bothered – what are the chances of a total loss that involves complete rebuilding from scratch?”, then you are seriously mistaken.

If your rebuilding costs are, say, 20% below the actual costs, as determined by a loss adjuster, then ANY claim, regardless of size, will also be reduced by 20%.

Steve Barnes, head of total insurance at broker Hamilton Fraser, warns that the monthly year-on-year increase in rebuilding costs has risen from 4% in February this year to 17% in October – and could hit 20% by December.

And having analysed higher value claims over the past few years, the insurance industry believes as many as 80% of rental properties could be underinsured. 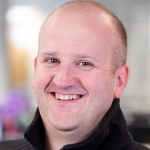 Even if you stay put with your existing insurer, while the rebuilding cost will be automatically increased in line with inflation, it still may not reflect real-world price increases.

“As people’s policies fall for renewal, the insurers put a specific increase on, but we don’t know if that’s enough to combat the actual cost of materials,” says Barnes (pictured).

“While inflation is at 9%-10%, the cost of labour has significantly risen as well as materials. The cost of a claim, in real terms, could be 25%-35% higher than it was this time last year.

“There are a lot of people under there who are underinsured – the big fear is that when people get their renewal notices in from their current insurers they will shop around and use last year’s sums insured instead of the current ones to get better pricing.”

Barnes explains that if, for example, you have a property that is 50% underinsured, in the event of a claim and a total loss, the insurance company will only pay you 50%.

Under-insurance ‘affects any size of payout’

“A short-term gain by taking out a cheaper policy and not having a correct rebuild cost is probably going to get to the point where if you have a total-loss claim, you would never be able to afford to rebuild that property, and you would probably just have to sell the land.”

The same formula is applied to a claim of any size, so in the same scenario, for a £20,000 claim for fire or flood damage, the payout would also be reduced by half.

And Barnes warns you are more likely than ever to be caught out, because as the cost of claims has risen, more insurers are sending out loss adjusters to verify the damage than in the past. As part of their remit, they have to put a valuation of the rebuild on the report and the insurers will check that against their schedule for that location.

“If I look at a bog standard claim from last year, you are talking of a 30%-35% increase in the cost for exactly the same sort of scenario,” he says.

“Raw materials are having a huge impact. It’s not just how much you pay for them but how long they take to get there, and that can push up other factors in the claim.

“If the tenants had to move out because of a major loss and you can’t fix it straight away because you can’t get the materials, you get things like loss of rent that get added to the claim.”

He adds that labour figures have also gone up much more than people realise because of the huge recent demand for building work – compounded by many European tradesmen returning home during Covid and not returning – meaning that builders can more or less name their own price.

The onus is always on the insured to make sure their level of cover is correct, so Barnes advises landlords to review their rebuilding costs themselves every year using one of the online tools such as the BCIS residential rebuilding cost calculator, which allows you to make four free calculations per year. However, you should get a professional reassessment by a surveyor on a regular basis.

“If you’re a larger landlord and your properties are in the same area, if you just do your smallest and largest properties, that would give you an indication where you should be,” he suggests. “If you find out your calculations are nowhere near what your rebuild currently is, that should flag up that you need to get your properties valued.

“I would suggest you get a professional to do it every three years. Because then there are no ifs or buts if an insurance claim comes in because the insurance will look at it and say, ‘Yes at the time of inception you had a valid report, we will honour the claim to the full amount because you have sought professional help.”

Looking to the future, Barnes says the insurance industry is looking at moving towards the model adopted by some residential insurance providers, where a high ceiling of perhaps £750,000 or even £1 million is applied to a relatively modest property to provide reassurance, but the premium is actually calculated on rebuild costs for similar properties in the area. These figures are all calculated automatically, using application programming interfaces, or APIs, that allow computer systems and data sets to ‘talk’ to each other – allowing an insurance company to tap into readily available, shared information.

“I would hope that within the next five years there will be a similar model on the majority of landlord postcodes, and then it will just be listed buildings and larger properties that have been converted where it may need something different,” adds Barnes.

Until then – make sure you’re covered, or you could face financial ruin.

43% of tenants have pets – so where’s the protection for landlords? Insurance, Landlords Insurance, Latest Articles

Just suppose that taking tenants with pets was an insurable risk!

I met with our insurance partners yesterday and discussed the dilemma’s that many landlords have over whether to accept tenants with pets or not.

We reckon that if demand is high enough we persuade a major insurer to create a policy which would pay for  damage caused by tenants pets directly to landlords.

A worthwhile policy probably wouldn’t be cheap, our best guess at this stage is around £180 a year , but if tenants were given the choice to pay for it (annually up-front of course) before taking on the tenancy ………. ???

By advertising that you are a pet friendly landlord the statistics suggest you could almost double the number of enquiries from renters next time you advertise your property. If your prospective tenants refuse to buy a policy then your decision on whether to rent to them would be much easier to make and to justify!

I am inviting landlords and tenants to post comments below this article and also to re-tweet my Tweets which can be found below the expression of interest form.

At this stage we are merely attempting to establish demand for such an insurance policy.  If you are a landlord and this is something you would be open minded enough to support “in principle” please complete the form below which doesn’t commit you to anything. To make it worth your while, we will arrange for our current insurance partners to call you to explain how we can GUARANTEE to reduce your landlords insurance premiums, but not until you are close to your next renewal date for obvious reasons.

#TENANTS – please share this if you think #landlords should allow you to keep pets – http://t.co/TAFnfO4LCz

#LANDLORDS – Just suppose that taking tenants with pets was an insurable risk! Would pet owners pay for the policy? http://t.co/TAFnfO4LCz

We worked hard to bring you a price guarantee on landlord insurance with our buying group, because that is our business and passion.  Now we have a fantastic offer for your own home insurance to save you money as well.

We have teamed up with The Property Insurer and Discount Insurance to bring you a price leading home insurance offer for your own home. To get a quote in minutes, all you have to do is call FREEPHONE 0800 6126984.

The reason you call is because you will almost always get a better price over the phone than on the Internet. The Internet is a broad brush and charges rates accordingly. By talking to an insurance broker they can understand your needs better.

The Property Insurer and Discount Insurance offer some of the hottest rates and best policies in the UK. Using UK underwriters you can rest assured the policy you buy will stand up when needed – and the price will be most competitive. They will always do their best to beat your existing or renewal price, just give them the chance and see how much money you can save.

The likely results of losing flood insurance are sinking-in to landlords with at risk property as much of the country lies underwater and weather forecasters predict even more rain.

Great swathes of England are coping with the deluge -and the heavy rains have highlighted just how many homes and businesses are in danger of flooding. END_OF_DOCUMENT_TOKEN_TO_BE_REPLACED

Commercial landlords could find their properties are without insurance in a few months if the Government fails to provide the flood protection insurance companies expect.

The current agreement runs until July, and the Government’s cuts are hitting flood defences. As a result, premiums will increase and some properties are being quoted with insurance of £20,000 a year. END_OF_DOCUMENT_TOKEN_TO_BE_REPLACED

Thousands of buy to let properties all over the country are at risk of becoming uninsurable and unmortgageable in a few months.

Homes and business properties worth around £214 billion could be affected from June if the government fails to reach a new agreement with home insurance firms over flooding. END_OF_DOCUMENT_TOKEN_TO_BE_REPLACED

To Insure or not to Insure? That is the Question Guest Columns, HMO's & Student Lets

January heralds house insurance renewal month. Every year I promise to get excited about it, compare quotes and wallow for the next year in the knowledge that I’ve secured the most competitive deal.

The reality is, when the broker calls I groan with resignation and tell him just to get on with it. As he flicked through his computer information on my claim history, he came out with “Oooo, aren’t you a good client? You haven’t made any claims in the last 4 years so it’ll be easy to get you a good quote”. END_OF_DOCUMENT_TOKEN_TO_BE_REPLACED