Rents across the UK continue to hit new highs with the HomeLet Rental Index revealing that tenants are now paying, on average, £1,175 per month for a new tenancy.

But it appears that landlords are becoming increasingly worried about a tenant’s ability to pay rent as the cost-of-living crisis continues.

The data reveals that every UK region is seeing annual growth but for tenants in London, they have seen rents rise by 1.1% to reach an average price of £2,011.

When analysed, HomeLet says that landlords in the North West have seen the highest monthly growth at 1.2%, with an average rent of £871.

Andy Halstead, the chief executive of HomeLet and Let Alliance, said: “The end of 2022 is almost upon us, and the story of the year is one of rapid growth in UK rent prices.

‘Concerned about the ability of tenants to pay their rent’

He added: “Our message has been consistent throughout this time. Landlords are concerned about the ability of tenants to pay their rent and potential new legislation, which has contributed to a shortage of available rental properties.

“This lack of supply to meet the demand is sure to see prices continue to rise at a time when the cost-of-living crisis is making things difficult for many people on all fronts.

“We will likely see a challenging year for the private rental sector in 2023.”

‘Ability of tenants to pay rent is their biggest concern’

He continued: “In a recent survey of landlords from HomeLet with Dataloft, four out of 10 landlords (40%) named the cost-of-living crisis and its effect on the ability of tenants to pay rent as their biggest concern over the next 12 months.

“The concerns appear to be well founded, as a concurrent survey of 12,000 tenants revealed that just one in ten (11%) think the cost-of-living crisis will not impact their ability to pay rent.”

London rents are 78% higher than those in the rest of the country, according to the latest figures from landlord insurer Homelet.

The firm’s monthly index of private rents revealed the UK has two separate rental markets – London and the rest. END_OF_DOCUMENT_TOKEN_TO_BE_REPLACED

The average UK rent increased by 2.6% in March to £764 a month, according to the latest survey by specialist landlord insurers Homelet. 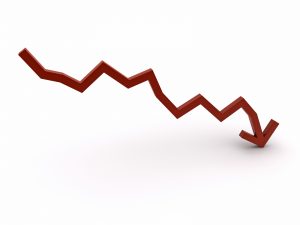 Across the country prices fluctuated, some regions saw big price drops while the regions where prices rose only did so slightly, accounting for the drop. East Anglia saw the biggest drop, dropping back under the £700 mark to £659. END_OF_DOCUMENT_TOKEN_TO_BE_REPLACED 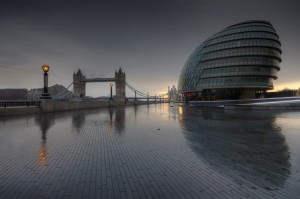 Rents are still climbing in most regions, but are soaring in the capital as London reports the only rising house prices in the country over the past 12 months.

Rising prices and difficulties in finding mortgage finance have led to more tenants looking to rent.

According to the Communities and Local Government Department figures, house prices in London were up 0.9 per cent over the 12 months ending July 2011 – everywhere else returned a price fall. END_OF_DOCUMENT_TOKEN_TO_BE_REPLACED

Average rents across the UK continue to rise, according to Homelet’s latest rental index for August.

While month by month prices fluctuated up and down across the country, the annual change has been an increase except for the North East. London is now 12.23% more expensive rent-wise than this time last year and, compared to the rest of the country, rent prices in London are 53% more expensive. END_OF_DOCUMENT_TOKEN_TO_BE_REPLACED

Rents are still trickling up, according to Homelet’s latest Rental Index for July as the average rent rose to £767 up from £750. The whole of the UK saw rents rise, with the exception of Scotland and the North West of England, with the South West seeing a rise of nearly 5% from £734 to £770.

Although the average salary has risen, the month previous saw a drop while rents continued to rise.

London again saw a hike in rent prices, rising to an average of £1,154 a month. This has further pushed distance between the comparison to the rest of the UK; London now stands at 50.5% higher than the rest of the country.

HomeLet’s Managing Director John Boyle believes times are tough for London renters- “It seems tenants in Greater London are feeling the pinch more than anywhere else in the country; not only have their average salaries dropped from £37,287 to £36,659 over the past month – but rents have also grown a further 3.5% higher than June – now standing at £1,154.

“Even when compared to the figures from July 2010, a healthy 9% rise in salaries from £34,087 is overshadowed by a crippling 11.6% increase in monthly rental costs over the same period.”

Homelet also found that retired renters are becoming more common, and there was a 16% increase in 66-70 year-old renters selling-to-rent. Younger renters are down though, Homelet found a decrease of 7% on last July’s figures.

The latest HomeLet Rental index has shown that landlords in Greater London are charging 50% more than the rest of the country.

The month on month index has also found an increase in younger renters, the opposite to last month. No age range saw an increase in renters except those under the age of 25. Nationally, the renter average age of renters has also continued to drop. END_OF_DOCUMENT_TOKEN_TO_BE_REPLACED