As the buy to let mortgage wars hot up, several lenders are easing their terms for landlords.

Yorkshire Building Society has decided to offer buy to let across England and Wales, instead of just London and the South East. END_OF_DOCUMENT_TOKEN_TO_BE_REPLACED

Buy to let mortgage lenders are creaming off the best borrowers and leaving the rest without any real hope of raising loans.

The reality of the market is more lenders are swooping like sharks in a feeding frenzy on landlords with the best credit ratings and highest rental yields, although they would have property investors believe they are helping swell the number of properties in their portfolios. END_OF_DOCUMENT_TOKEN_TO_BE_REPLACED

Buy to let lenders have fired the first shots in the battle to win the hearts and minds of property investors.

Platform, the landlord loan subsidiary of the Co-operative Bank, is increasing funding in the sector by 33% from £450 million last year to £600 million in 2012. END_OF_DOCUMENT_TOKEN_TO_BE_REPLACED

Aldermore have increased the loan-to-value on its fixed buy to let range to 80%, as well as reducing its buy to let reversion rates by 0.5%. They’ve also reduced their two year discount and three and five year fixed rates.

The maximum portfolio size has been increased to 5 properties and £2million with a maximum loan available at £400,000. The property must also be valued at over £75,000. END_OF_DOCUMENT_TOKEN_TO_BE_REPLACED

It has just occurred to me that a page dedicated to buy to let mortgage advice could be very useful, both to landlords and mortgage brokers. Landlords could leave question here and mortgage brokers could come here to answer them and leave their contact details.

Free advice for landlords and the possibility of getting extra business for they brokers – I think that’s what’s called a win/win. END_OF_DOCUMENT_TOKEN_TO_BE_REPLACED

Santander has joined the buy to let lending frenzy with a range of purchase and remortgage deals for landlords.

The property investment loans are available from IFAs and mortgage brokers under the Abbey for Intermediaries banner. END_OF_DOCUMENT_TOKEN_TO_BE_REPLACED

Islamic Bank of Britain has joined the throng as the latest lender to offer buy to let mortgages to landlords.

The IBB will consider applications from landlords of any faith for a Sharia-compliant mortgage.
The mortgage package is a 75% loan-to-value deal at 5.49% variable with a 1% arrangement fee. END_OF_DOCUMENT_TOKEN_TO_BE_REPLACED

Buy to let insiders have revealed some home truths behind the property business in an online video for mortgage brokers.

The video debate was hosted by trade magazine Mortgage Solutions, bringing Howard together mortgage brokers and an independent adviser. He said he expects to see a continuing and growing demand for buy to let mortgages.

“I expect buy to let to grow to 20%, maybe 25% of all broker business,” he said. “The market is very significant and the trend has already started. More people need to rent and this demand is driving more demand for buy to let.”

The reason is margins on lending – Howard highlighted that mortgage lenders can make bigger profits on lending the same amount of money to landlords rather than other homeowners.

“Buy to let margins are a lot more attractive than residential lending,” he said. “Lender’s criteria will soften, tighter margins will give landlords better pricing.”

He went on to explain why landlord lenders charge such high fees.

Howard then discussed how the cost of a high fee/low rate mortgage is similar to a no fee/high rate loan – but 90% of TMW customers opt for the higher fee product because the lower mortgage rate gives them better cash flow.

“Low rate, low fee mortgages are not going to happen,” he said. “The lender won’t make a profit from these loans and buy to let mortgage rates are higher because lenders are not paying the Bank of England base rate for their money.”

The debate also covered mortgage regulation, which Howard spoke out against.

"Mortgage lending is up, but not up to last year"

Remortgaging was up significantly, with 34,100 loans worth £4.2 billion, making both the number of loans and amount borrowed were more than 30% higher than August 2010.

Nevertheless, lending for the year so far stands at just 329,000 loans to buy homes worth £48 billion when the totals for 2010 were 513,000 loans worth £75 billion. Lenders will have to advance substantially more funds for the rest of the year to reach last year’s levels.

The lack of home sales is reflected in a rising number of remortgages throughout the year.

Paul Smee, director general of the CML, said: “Even though it is impossible to ignore the knocks to confidence emanating from the Euro zone, August lending showed welcome signs of life. With those moving house experiencing a record low in the proportion of their income needed to pay their mortgage interest, it is clear that the low rate environment is a benefit to those with mortgages, even against the backdrop of the gloom in the wider economy.

“Lending to both first-time buyers and home movers was at its highest for over a year.”

The outlook for first time buyers even bleaker as just 19,000 mortgages worth £2.4 billion were agreed in August – up 5% on July and 5% on 12 months earlier. 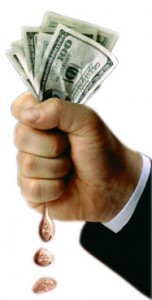 "Buy to let mortgages to go up?"

Cheap fixed rate and tracker buy to let mortgages may be on the way out as the rate lenders pay for money has increased.

This is likely to lead to higher mortgage rates even if the Bank of England base rate stays at the record low of 0.5%.

Banks and building societies pay returns based on the London Inter Bank Offer Rate (LIBOR) for money they borrow – and the rate went up from 0.83 per cent in August to 0.95%.

The supply of money has also tightened due to the Euro-zone debt crisis.

Buy to let mortgage rates have dropped during the past 12 months, but are still higher than homeowner rates. END_OF_DOCUMENT_TOKEN_TO_BE_REPLACED