The likely results of losing flood insurance are sinking-in to landlords with at risk property as much of the country lies underwater and weather forecasters predict even more rain.

Great swathes of England are coping with the deluge -and the heavy rains have highlighted just how many homes and businesses are in danger of flooding. END_OF_DOCUMENT_TOKEN_TO_BE_REPLACED

Buildings insurance for a property is generally the responsibility of the owner or landlord. Tenants must still take out contents insurance to cover their possessions if they want to be protected against theft or fire damage, though for example. This is even more relevant in a House in Multiple Occupation letting to students or professionals.

If you are a landlord renting out a furnished property including HMO’s you will be well advised to take out contents insurance to cover your own belongings, personally, I usually take out £10,000 for the contents of a furnished HMO. I will also consider taking out some contents insurance for self contained units in not so desirable areas where there is a higher risk of malicious damage by the tenant or a break in. END_OF_DOCUMENT_TOKEN_TO_BE_REPLACED 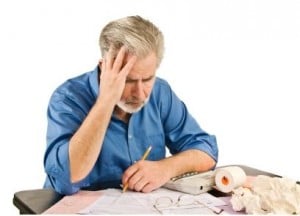 "Confused by all the buy to let insurance deals?"

Inexperienced landlords can quickly find themselves out of pocket if they fail to protect their property with specialist buy to let insurance.

Rental property must have the right protection as insurers will refuse to settle a claim if standard homes cover is in place.

Landlord insurance is like any other cover – the features, benefits and costs vary between insurers, so here’s a quick guide to the basics for new property investors: END_OF_DOCUMENT_TOKEN_TO_BE_REPLACED "Insurers are expected to pay for the damage"

Insurers have reassured landlords with rental properties in riot-hit cities that their homes and businesses are protected.

Shocking images of burning buildings, cars and buses have lit up the news reports as gangs of rioters smash their way into shops and homes.

Key targets for the rampaging thugs are pubs, off licences and electrical goods stores.

Many owners and tenants have fled their homes in fear of masked, knife-wielding gangs, while others have watched as their homes and belongings burn to the ground leaving them with nothing but the clothes they stand in.

“We have every sympathy for residents and business owners who have suffered damage to their properties. This is a time of enormous stress for them and their insurers will be on hand to answer any questions that they may have. We urge people to contact their insurer as soon as possible to check what they are covered for and arrange for immediate help,” said Nick Starling, of the Association of British Insurers.

Many insurance firms have 24-hour claims lines, and the ABI confirms most home insurance policies should cover riot victims for losses due to fire, looting or vandalism.

Anyone who has lost or fled their home should have cover for alternative accommodation.

“Most commercial insurance policies will cover businesses for damage to their premises, including the interruption to their business as a result.” said Starling.

“Some policies will also cover those businesses which are not damaged, but whose trade is affected by the aftermath. Insurers are working as quickly as they can to deal with claims.

“However, access to dangerous buildings which are also crime scenes is a serious issue. It is too early for us to have an accurate picture of total costs, especially business interruption costs, but insurers are expecting significant losses of at least tens of millions.”

By Neil Patterson, Partner of The Money Centre.

Remember; insurance companies have to make money too, but as a landlord if you understand how they price schemes and view risk you can maximise savings on your portfolio.