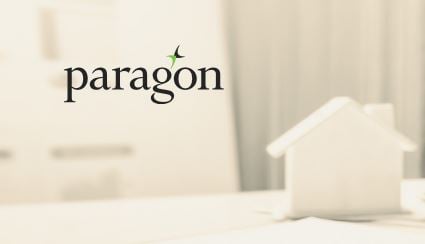 Retiree renters and those in upper-middle age category are the fastest growing tenant groups in the private rented sector (PRS), analysis from Paragon Bank has found.

Paragon’s new report ‘The Growth of Later Life Tenants’, released today, showed that the number of English households in the 55-64 year old age category in the PRS with an Assured Tenancy has risen by 118% since the turn of the last decade, with those aged over 65 growing 93%. This rate of growth is nearly double the rate of the next fastest growing segment 35-44 year-olds.1

The research also reveals that later life tenants are generally happier in private rented accommodation that other age groups and have lived in the PRS for longer. 68% of over 55s said that renting suited their needs, or they enjoyed renting, compared with 49% in the under 55 group, whilst 63% said they were pleased they don’t have to worry about repairs.2

“There are a number of factors that may have contributed to the increase in over 55s in the PRS over the past 10 years, such as rising divorce amongst older people, poorer pension returns and men living longer.

“With the number of over 55s forecast to rise from 30% of the population to 36% by 2043 and new household formation predicted to be driven by older, single person households, the PRS will have an increasingly important role to play in providing a home for older tenants.”

Paragon’s research showed landlords appear to be responding to this change in demand, with 21% of landlords expecting to let more to older singles in the future and 20% expecting to let to retirees. This was second only to letting to professionals or executives/companies.

Population forecasts show that by 2043, the proportion of the UK population aged over 55 will increase from 30% today to 36%, or 26 million people.

“Landlords are already reacting to the changing demographics of the PRS and, with older tenants becoming more commonplace, will have to increasingly do so. Landlords will need to consider longer tenancy agreements, the location of their property and any adjustments the property may need for later life tenants.” 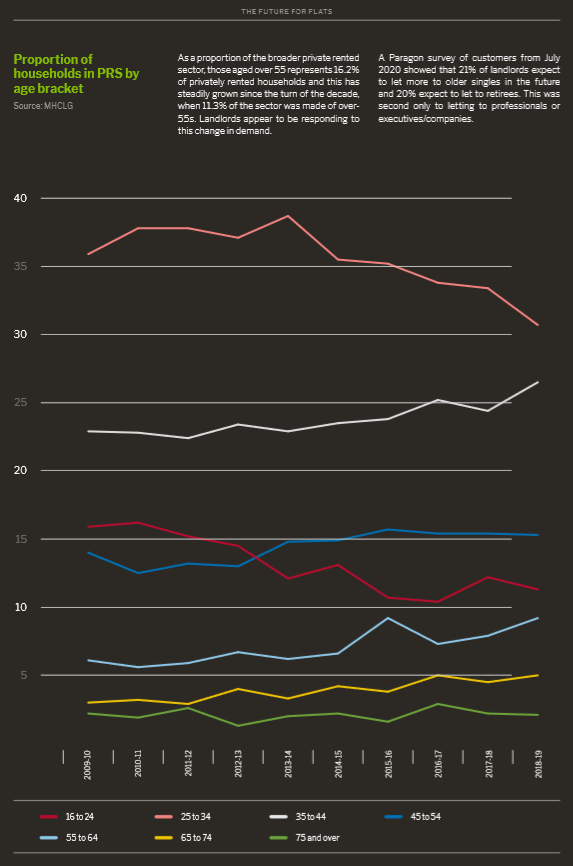 I've got 5 bungalows now, used to have 6.
All been with me long time, one been with me about 19 years, another been with me 19 years splitting up with his partner in one of my bungalows & moving into another one of mine.

So Yes, the older people I find like to stay in their bungalows.

It's always been the case in my opinion, that bungalows will be more & more sought after with people living longer.

We have just one bungalow and would like more but there is such a shortage here they cost as much as a decent 3 bed house, sometimes more.

So downsizing will not generally decrease the rent.

As for adaptations, stair lifts are a reasonable price but probably a nightmare insurance wise. Wet rooms desired by many but will significantly limit future tenant choice.

The reward however is clear in Mick's comments, once you have found the right tenant they will be long stayers.

Research into sustainability at lowest end of the Private Rented Sector