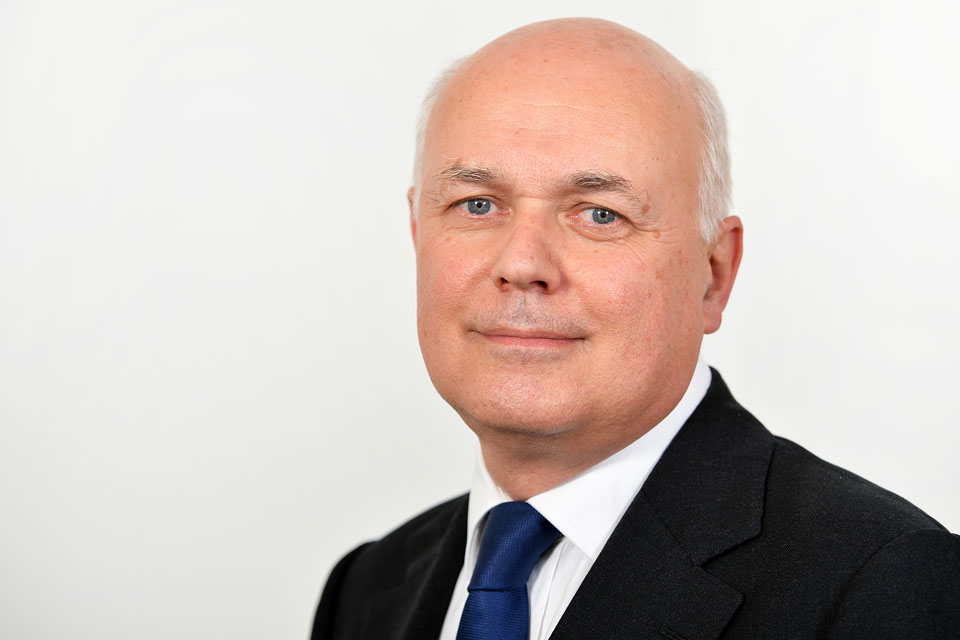 Former Conservative Party leader Iain Duncan Smith has criticised policies of former Chancellor of the Exchequer George Osborne with regard to housing during conversation at this year’s Landlord Investment Show in Olympia.

Iain Duncan Smith MP, former leader of the Conservative Party, made the remarks at a government panel debate at the Landlord Investment Show in Olympia, chaired by broadcaster Andrew Neil. Mr Duncan Smith claimed former finance minister George Osborne had put policies in place that may have led to landlords reducing their activity.

Mr Duncan Smith outlined his belief that Mr Osborne’s Stamp Duty and mortgage interest policies, as well as higher taxes on landlord turnover “have led to landlords scaling back or even leaving the sector entirely”.

Mr Duncan Smith was joined on the panel by fellow guests Sarah Davidson, knowledge and product editor of This is Money; Paul Mahoney, founder and managing director of Nova Financial, as well as Tony Gimple, founder of Less Tax 4 Landlords.

In the space of over an hour, the panel discussed topics including Brexit, as well as housebuilding and some of the obstacles faced by landlords up and down the country.

Disagreement over a Brexit effect

Sarah Davidson confirmed that the housing market had started to slow down in early 2019, citing data from the latest RICS market survey. In her opinion, even in the event of a resolution regarding the UK’s process for withdrawal from the EU, a pickup in the markets was unlikely to occur until the “end of the summer” at the earliest.

However, Tony Gimple disagreed, believing there was little sign of a Brexit impact on markets. Paul Mahoney concurred, believing that predictions of a 30 per cent fall in house prices directly as a result of Brexit was highly unlikely. Andrew Neil later clarified the matter, stating that the Bank of England had not forecast such a scenario, but had used the figure as part of a banking stress test.

Obstacles in the sector

Mr Duncan Smith went on the record to show support for the idea of raising taxes on property investors who neglected to occupy their property. He believed it would be more constructive to do so, in order to avoid the proliferation of idle properties.

He cited policies carried out in the US, remarking: “We would be better off levying a tax on empty homes. For example, in New York, apartments can incur a tax of up to $20,000 if they are left empty.”

The lack of supply in housing was a pressing issue, with Mr Duncan Smith heralding the news that housebuilding has been increasing in recent years. However, he was critical of the inaction of previous governments. He claimed it was a matter that should have been acted on “15 to 20 years ago”, during what were the early years of Tony Blair’s Labour government.

Sarah Davidson saw fewer obstacles for first-time buyers in early 2019, but claimed that increased Stamp Duty may have led to existing homeowners having greater difficulties in upscaling or downsizing when moving homes.

The panel were in agreement about the potential for greater optimism within the housing sector within five years. Clarifying their views, Tony Gimple and Paul Mahoney agreed that despite government efforts to boost housebuilding, demand continues to outstrip supply, which would likely result in higher prices in the future.

The next National Landlord Investment Show at Olympia is on Thursday 13th June, you can book your complimentary show tickets www.landlordinvestmentshow.co.uk

At last some realisation that taxing people who want to move, up sizing or downsizing or relocating, is not a sensible idea. It removes fluidity from market and the market will cease to function. And similarly taxing those individuals who wish to help to provide homes (in the same way as other housing bodies) is not sensible. It has the same effect.

"Mr Duncan Smith claimed former finance minister George Osborne had put policies in place that may have led to landlords reducing their activity."

This is hardly a revelation, at the time Clause 24 was announced it was stated the point was to curb buy-to-let activity in favor of first time buyers.

I think you will find that IDS resigned from his ministerial position because Osborne took either £3 billion or it may have been 5 billion out of the UC budget as part of the austerity measures. Not that that excuses the appalling role out particularly on early payments. But then Osborne is supposed to have said he didn't care about tenants as they didn't vote tory. No one seems to have joined many dots in the media as to Osborne's legacy and with the state of politics today it's not too late for him to return!!!!

Trying to raise my EPC rating as tenants moving out?