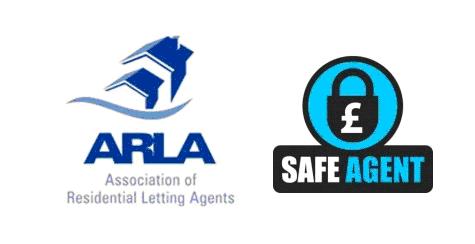 Opposing groups of letting agents are lining up to fight over who takes the official title of industry regulator.

In one corner is the reigning champion, the Association of Rental Letting Agents (ARLA), backed by around 6,500 members and the self-proclaimed ‘voice of the industry’.

In the other corner is the pretender, SafeAgent, backed by around 10 powerful franchise letting chains representing a large slice of the industry.

Both effectively want the same thing – a letting industry that is more attributable to clients, especially over the handling of rents and deposits.

ARLA has a long-standing client money protection scheme, and SafeAgent is heavily promoting a rival, owned and operated by member agents.

Ian Potter, operations manager for ARLA, said: “Many agents offer no consumer protection by means of client money protection or fail to offer consumer redress through an ombudsman scheme. Both elements, when combined with a professional training and qualification programme, will allow tenants to enter this market with confidence.

“The threat posed by unlicensed agents grows more pressing as the market expands, placing both landlords and tenants at increased risk of financial loss.

“Until such time as the government steps in to regulate, our advice to anyone looking to rent a property would be to use an ARLA-licensed lettings agent to ensure they are protected against unethical agents.”

Recently, police started hunts for two letting agents for allegedly disappearing with thousands of pounds of client money – one is from the East Midlands and another from Kingston, South West London.

ARLA also voices worries that moving towards a European-style home renting model, instead of buying a home, will require giving tenants and landlords more financial protection.

“As Britain is apparently on the verge of becoming a ‘nation of renters’, renting is now a necessary choice for many people who cannot afford the deposit needed to buy their own home,” said Potter.

“It is critical, therefore, that the private rented sector is treated with greater seriousness by the government.

“The first step in this approach should be enforcement of existing requirements to protect tenants, with action being taken by local authorities to ensure a landlord provides a safe home.”

Looking for businesses offering services to landlords to test our Directory.