The measures, unveiled by the Chancellor, are part of our wider strategy to deliver 300,000 a year by the mid-2020s.

Communities Secretary Rt Hon James Brokenshire MP said: “We’re pulling all the levers available to build homes and opportunities in our communities. These new measures and funding mark our continued commitment to ensuring the housing market works for everyone and economic growth is shared across the country.

The Chancellor’s announcement follows a sustained increase in the number of homes delivered. Last year England delivered over 222,000 new homes, the highest in all but one of the last 31 years.

Measures set out in the Spring Statement include:

Meeting the needs of existing communities in preparation for delivering new homes is a key part of our strategy to deliver 300,000 new homes a year by the mid-2020s.

We have awarded the next wave of the £5.5 billion Housing Infrastructure Fund, totalling £717 million to these successful locally-led schemes in key areas across England:

A further £320 million will be made separately available to Barnet council to deliver at least 7,500 homes at Brent Cross Cricklewood. The money will be spent on a new train station on the Thameslink route, which is essential for the homes to be built.

The government will stand behind £3 billion of loans to housing associations, supporting them to build tens of thousands of affordable properties across the country, it has been confirmed.

This will come from the £8 billion of housing guarantees the Chancellor announced in his 2017 Autumn Budget.

The scheme will open for bids from housing associations in due course.

Previous programmes have helped 66 housing associations to build around 35,000 new homes since 2013.

A further £1 billion of the overall £8 billion will be made available to small and medium enterprise housebuilders in the private sector, as announced by the Chancellor in last year’s Budget. This scheme, which will be called the ENABLE Build Guarantee Scheme, will open to applications from banks in April.

We are also committed to delivering the ambition of up to a million new homes by 2050 across the Oxford-Cambridge Arc to maximise its sustainable economic growth.

To make that vision a reality, £445 million is being provided to the Didcot and Cambridge infrastructure projects.

We have also secured a joint declaration from councils and local enterprise partnerships across the Arc, with leaders signing up to ensuring that we are working together to deliver these desperately needed new homes and fulfil the Arc’s economic potential.

We will also appoint a new independent chair to a Cross-Arc Advisory Group.

New planning guidance will be published for councils, to help them get the right homes finished on large sites more quickly.

In response, the government will publish guidance for councils on building diverse range of homes on large sites.

A new ‘Accelerated Planning Green Paper’ will also be published to accelerate the planning process for new homes – from when ideas are still on the architect’s drawing board and well before shovels hit the ground.

Details of the new Green Paper will be published in due course.

Emissions from heating existing homes is the single largest contributing factor to the UK’s carbon footprint.

We recognise that combating climate change requires the construction of new build homes to feature more sustainable and efficient ways of heating, alongside other energy saving measures.

In the Spring Statement 2019, we have committed to adopting the Future Homes Standard by 2025 so new homes built are built with the latest green technology – driving down energy bills and reduce the impact on our precious environment.

The Future Homes Standard will build on the Prime Minister’s Clean Growth Grand Challenge mission to at least halve the energy use of new build property by 2030, and halve the cost of renovating existing buildings to a similar standard as new buildings, while increasing quality and safety.

Details of the new standard will be consulted on during 2019.

I still don't understand why you can't use much cheaper central government borrowing to directly build social housing on a mass scale that can be added to the balance sheet as an asset like they did with the Bank bailouts.

Then these assets will produce an income to pay the debt interest and make a profit on top. They can even then be sold if required to pay down the debt. Why make it so complicated?

Landlords could then stop being blamed for a reluctance to take on Benefits tenants and the lack of provision in the social sector.

I still can't understand why we sell off social housing. Seem nuts to me.

i still cant understand why govt is involved in housing at all--same with education, policing, transport, environment, energy etc--govt is useless

This is a joke. The majority of these homes are bought by investors - many overseas.
Those who actually buy these homes to live in are being milked (auctioned off to the highest bidder!) in uncapped service charges and inflation busting rent increases (shared ownership). 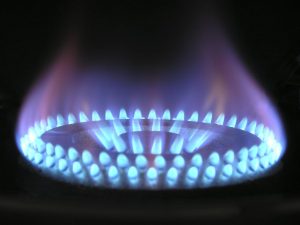 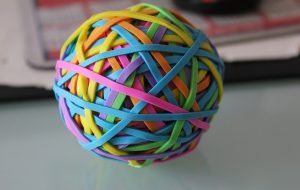 commercial demonstrates an impressive bounce back

'No DSS' listings banned on Zoopla

Letting agent not responding to my hand-delivered letter...