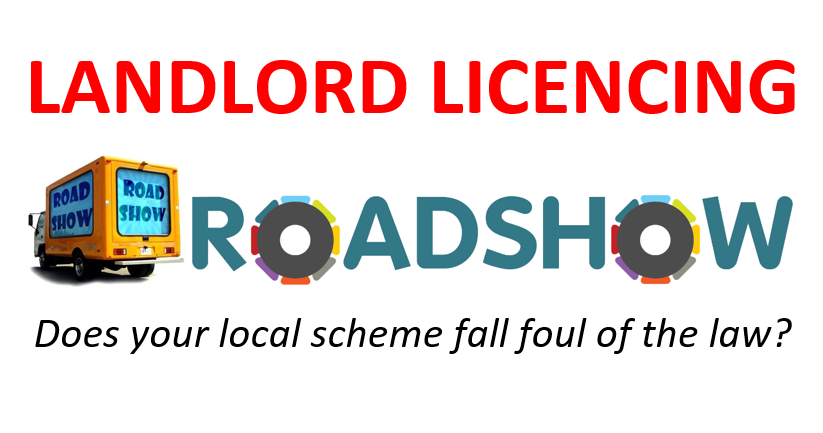 Is Landlord Licensing Compliant In Your Area? You may well have seen the latest articles posted by Larry Sweeney which highlight the flaws in the Liverpool Landlord Licensing scheme. If not you can READ THEM HERE.

If there is a sufficient level of interest Larry is prepared to meet groups of landlords throughout the UK to expose the flaws in Landlord Licensing schemes introduced in their area and to suggest strategies to defeat them, or at the very least to give the Council’s that introduced them a well deserved bloody nose.

So far Larry has identified that part of the declaration in the Liverpool Landlord Licensing application form is not compliant with the Data Protection act and this has been confirmed by the Information Commissioners Office.

He has also identified issues in the scheme rules which are flawed due to being in conflict with legislation introduced in the de-regulation act 2015.

These revelations, and more to follow, will hopefully convince Liverpool Council to scrap their scheme. If they don’t they will face an uphill battle and significant costly administration to keep rectifying their mistakes as and when Larry points them out. He has also called for the Housing Minister to look into the shabby implementation of the Liverpool Landlord Licensing scheme, which was sanctioned just prior to the rules changing in terms of permissions being required for blanket licensing.

Larry is currently claiming for compensation through the Small Claims process against Liverpool Council for wasting his time in terms of completing their application forms which have been confirmed as being defective. His assumption is that Liverpool Council will have to re-issue the forms with the offending clause removed, together with a correction to the defective scheme rules which landlords that have already applied to be signed up to.

It is inevitable that Larry will win his case given the correspondence from the ICO which supports his claim. All the Small Claims Court now have to decide upon is quantum, in other words the level of compensation that Larry can reasonably claim. This could open the doors to Liverpool Council receiving a deluge of similar claims.

Needles to say, the above isn’t Larry’s only strategy to persuade the Council that their Landlord Licensing is ill considered. He has plenty more cards up his sleeve yet and these will be revealed in due course.

It isn’t just the fine print of Liverpool scheme that Larry has studied either. He’s looked into the details of several other Landlord Licensing schemes and plans to expose them all if there is sufficient interest from  other landlords who are opposed to Landlord Licencing. To this end Property118 will be helping Larry to establish which areas to focus on first. Below is a form to complete to register your interest. He plans to visit the areas where interest levels are highest so it is in your interests to share this article with other landlords you know, either by word of moth, email or via social networks such as Facebook, Twitter and Linkedin.

To cover his costs of travel, the hire of suitable venues, his time and accommodation where required Larry will charge a £15 entrance fee to his meetings. Obviously distance as well as numbers of potential attendees will be factored into Larry’s decisions on where the events should be held. No money is required at this stage.