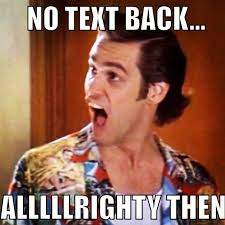 I own a one bed flat in a block of eight in East Sussex. I have owned it and let it since 2000. The Freeholder also manages the block and in my view very badly.

We pay £150 per year each for management which I appreciate is very little and on top of that we pay the buildings insurance.

The problem is unlike other flats I let there is no sinking fund so there is no money in the pot for maintenance, the other problem is they are based in London some fifty miles from the flats and are not around to deal with issues, and from what I can see for the £1,200 per year they receive for managing the block they do nothing.

Every seven years or so the exterior of the block is repaired and repainted, which includes all windows and doors. This has not been done for nearly ten years and the leaseholders are charged for the cost of this. In April 2015 I contacted our Freeholder/Managing agent to say the building is in desperate need of rendering and painting, I was asked if I could get quotes as they live too far away, I got several and sent them to the freeholder.

Months went passed and nothing happened despite my emailing regularly until I received an email saying they wanted to give up on the management. Personally I was delighted and got a price from a local agent who I know well who was happy to take over the management. One of the freeholders even came down to meet the prospective new managing agent.

More time went by and nothing

I then had an email from one of the freeholders to inform me that the three directors of the freehold company (which is a family of two brothers and a sister) had fallen out, two of the directors want to move management but the other does not want to, they are refusing to talk to each other and nothing can move forward.

I would be interested to hear from any solicitor if they can carry on like this and punish the leaseholders by doing nothing because one leaseholder is in arrears.

I have been around to knock on doors and gather support for a change of management at the block of flats but only found one owner occupier, I have no idea where the landlords live.

I spoke with the freeholder this week and he said he can do nothing without agreement from his brother but they are refusing to speak to each other.

Surely they cannot carry on like this! Surely if there are three directors and two vote to move the management then it can be done.

I would appreciate any advice

Maybe it is time to consider a Right to Manage (RTM)?

You should be able to find the other flat-owners' details by sending a letter addressed to the owner via the occupiers or the letting agents of each of the other flats.

In addition to the right to manage you could apply for new managing agents to be appointed.

As Neil says above contact the Leasehold Advisory Service.