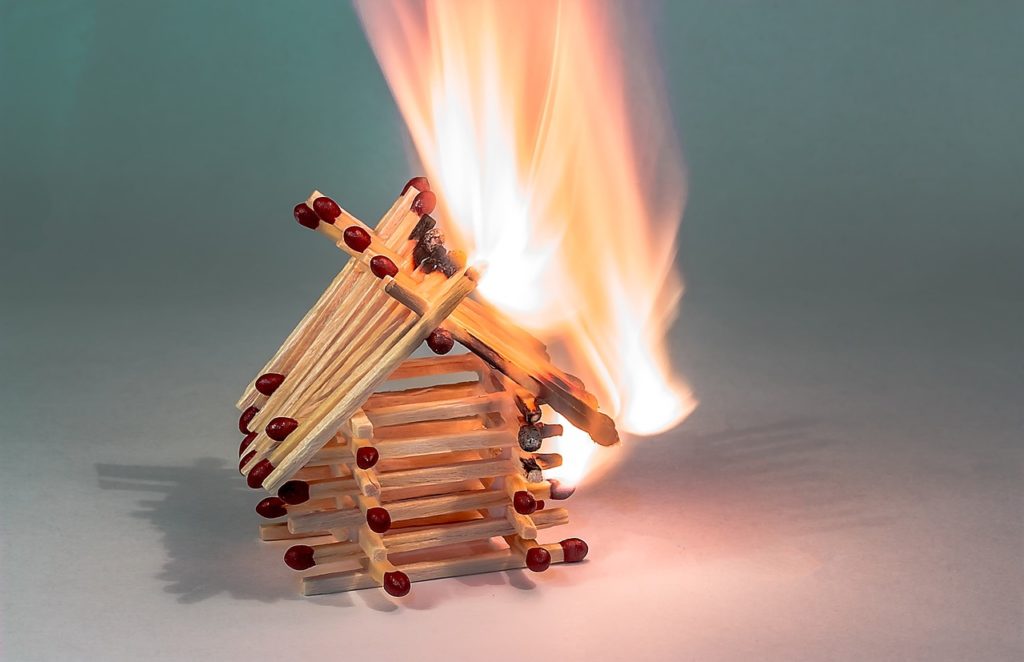 Joshua Rosenberg, a tenant in Clackmannanshire, has been found guilty and jailed for 12 years in Glasgow’s High Court for attempted extortion, attempted fraud, wilful fire raising and attempting to pervert the course of justice.

After moving into the property Rosenberg immediately started sending threatening emails to the two sisters who owned the property and their solicitor demanding compensation starting with £3,500 and escalating to £95,000 by February 2015

Alison Davidson, one of the sisters, said in court: “I was absolutely horrified. It seemed to have gone from a dispute about conditions in the house to something that was so extreme. They were saying they were going to bankrupt us. The whole thing seemed unreal.

“I was extremely frightened. I had visions of the police coming to my door and taking me away in handcuffs. It was horrible, frightening, scary. I felt it was increasingly personal and vindictive.”

Rosenberg has previous convictions in Germany for fraud and forgery and tried to obtain £53,780 from insurers by claiming the property had been broken into and set on fire.

“When your attempt to extort money from them failed you then set up an elaborate insurance scam and destroyed the house which was of great sentimental value to the sisters and their family.” Your threats were manipulative, deeply cynical and downright cruel, and have had profound effects.”

“You sought to besmirch the reputation of the police officer who interviewed you, making extremely serious but baseless criminal allegations against him.

“When none of this worked you sent serious and alarming threats to a member of the Scottish Parliament.

“You sought to mislead the deputy chief constable by making serious, but baseless allegations about corruption within the police.

“You wrote to the First Minister of Scotland pretending that you were someone else, falsely confessing to numerous other crimes, and you made threats to blow up the Scottish Parliament.

“I recognise that there is no basis to conclude that you actually intended to follow through these threats, but the recipients of them, and the authorities, were not to know that.”

This is a great success and I am really pleased that finally, the law has come down on the side of the Landlord. But at what cost to the family in emotional anxiety?
I have recently been the subject of what I can only call malicious damage by the tenants of one of my houses. They were concerned about alleged damp in the property a few years ago and I paid for a Damp survey to be carried out. This firmly put the blame on the tenants , as the Relative Humidity readings were extremely high. I made the suggested improvements of providing a new powerful Extractor fan, but no other work was deemed necessary.
Despite correspondence over the next few months I heard nothing until 16 months later when they gave their notice and said that as I had not addressed their concerns about damp (not damp, condensation) they were going to withhold the last month's rent. I visited the property and saw no evidence of the condensation or any alleged damage to clothes etc, that they claimed. Yet despite this, I gave forgave them their last month's rent and their deposit back, as a gesture of good will.
When I went back into the property after they had left, the two rooms which were the subject of their complaints were closed shut and the whole house smelt of damp. I opened the windows, left the doors open and put the central heating on low.
A few weeks after they left, I received a demand for £32000 plus damages, allegedly because I had not taken their complaints about the property seriously and attended to any issues. They claimed they could not use these rooms. I responded robustly that they had not made any complaints to me until July 2018, since our friendly correspondence about replacing the cooker in Feb 2017, nor had they made any complaints to the letting agent about not being able to afford the heating in this beautiful period property, nor to the EHO at the Council (they alleged the damp conditions had exacerbated the asthma of their son, but who would want to live in a house that caused illness. ) Since June 2016, they were on a Periodic Tenancy and could have left at any time with one month's notice.
So I spoke to my surveyor who said it was a scam and carried out a damp survey on the property. None to be found, of course. He also, as did the original surveyor, commented on the need to keep old houses properly heated, by keeping the heating on continuously, in order to prevent condensation (tenant knew all about that according to first surveyor, and deals regarding how to deal with condensation, was attached to their contract, and in the Inventory , so they cannot claim ignorance of the issue). On examination of the boiler, it was timed at 10pm to 6 am off and then half an hour off and half an hour on all day, which, according to the second surveyor, would exacerbate the situation.
After my first rebuttal of their claim, they resubmitted, for part of the house only and damage to possessions (evidence only in poor, somewhat dodgy photos).
Wondering how I could verify whether they had heated the house adequately
I checked the gas readings to find that they had only been consuming £35 per month of gas for 4 of them for cooking, hot water and heating, whereas when I lived there I was consuming twice as much as a single person. This is for a 2400 square foot Victorian house of solid wall construction, with 9 foot ceilings and only 50% double glazed (in the rooms they had a problem with.) I was well please with my £75 per month expenditure on this beautiful house.
I also contacted rug doctor and they told me that the rooms in which their cleaners were used should be kept well ventilated after use - this was obviously the cause of the damp I found on re-entry into the house.
I put it onto the market for sale and one of the prospective purpose was put off because the neighbour (who had been at the meeting in August) told him that the house had damp issues. It does not, and it let very easily once I properly heated and ventilated the house - having three parties interested in renting it.
I am still awaiting their response, if any , to my second rebuttal of their claims. But so far, it has cost me about £3000 in survey fees, and the loss of a possible purchaser of the house.
Once the current tenants leave, I shall be putting it back on the market and hopefully will achieve a sale this time

Lucky it was Scotland. In England he would probably have got away with it. Time all laws post Mrs Thatcher's Housing Act 1988 (save for Deposit protection) were abolished.

...and the outcome is twelve years with free rent and food, gym to get fit in, a wealth of free legal advice etc etc. I really do feel sorry for the two sisters, what an absolute nightmare. He should loose his right-to-rent in the UK, including at HM pleasure!

One mortgage for all BTL properties?