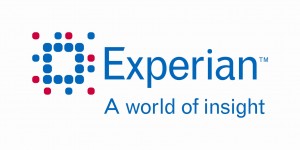 Credit scoring firm Experian is warning mortgage brokers and lenders to watch out for false mortgage applications after the number of fraud cases has doubled in the past five years.

On average, 47,000 mortgages are approved each month – and that’s reckoned to account for around 25% of total monthly applications.

Most frauds relate to falsifying income or trying to hide a poor credit history to trick lenders in to giving a loan when they might otherwise turn down the case. Experian also alleges self-certification borrowers faced with a choice of more expensive borrowing chose to misrepresent their job status to gain better borrowing terms.

Experian director of identity and fraud Nick Mothershaw says: “Fraud in the UK is a multibillion-pound business with fraudsters targeting any weaknesses in the system. Fuelled by the recession, financial services providers could see fraud rise this year.

“To manage the financial and reputational risk fraud presents, organisations must ensure they have the right defences in place that allow rigorous validation of identities and information while still being able to provide the experience genuine customers expect.”

Only this week, a gang of buy to let mortgage fraudsters in Bradford was in court accused of conspiring to steal hundreds of thousands of pound from the Bradford and Bingley Building Society in 2007.

Sharif was convicted of letting £144,000 to be cleared through his bank account. He was jailed for 12 months.

Riaz admitted having £160,000 of stolen cash paid into his bank account.  He claimed he was taken at gunpoint to take money from his account. He was given a 12-month suspended sentence order and ordered to do 100 hours’ unpaid work.

Mahmood, who had £26,000 paid into his account, also pleaded guilty and was given a two-year community order with 150 hours’ unpaid work.

Cannabis farms are a growing problem for buy to let owners

VAT’s the problem for property developers