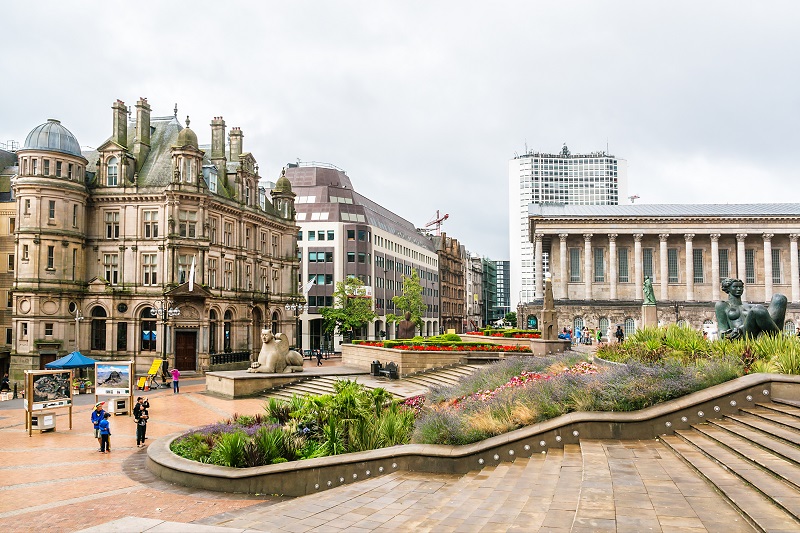 Is Birmingham a Good Place to Invest in Property?

The second installment of our “Property Investment Spotlight” series focuses on Birmingham, often known as Britain’s ‘Second City’. Here are the top reasons why you should be considering Birmingham for your next property investment

With prices in London spiraling out of control, businesses and individuals alike are looking outwards at other cities to invest and live in. Previously, we have discussed the benefits of property investment in Manchester, and today we discuss the appeal of investing in Birmingham. Birmingham’s cultural offerings, more affordable prices and booming business sector has made it an increasingly attractive prospect.

It is predicted that with the construction of HS2, more people will move to Birmingham and commute to London. HS2 journey times between Birmingham and London will take 49 minutes – the typical London journey to work is 45 minutes. Can you imagine what impact that will have on Birmingham house prices?

Similar to Manchester, Birmingham boasts a young population – the youngest of any major City in Europe in fact. Under 25s make up 40% of the population, and one third of the city’s inhabitants are from an ethnic minority, making it one of the most diverse cities in the UK. Its young demographic lends itself well to the rental market, as young adults generally do not have the capital to invest, or the inclination and would rather experience living in different areas.

Recent graduates of Birmingham’s universities are also increasingly likely to stay in the city, due to the quality of life, more affordable prices and job prospects.

Birmingham also offers a wealth of cultural experiences for residents and visitors alike. Outside of London, Birmingham is home to the most Michelin-starred restaurants and has a thriving arts scene. More tickets are sold at the Birmingham Hippodrome than by another theatre, including the West End. It also boasts the unique Jewellery Quarter, home to Europe’s largest school of jewellery, and the UK’s second oldest independent art gallery; the Royal Birmingham Society of Artists. The Jewellery Quarter is another area in Birmingham that has been pinpointed for regeneration, with the aim to develop the Quarter into a hub for creative businesses.

Having a colourful arts and culture scene provides a huge benefit to cities in terms of attracting new residents and boosting tourism. Galleries, museums and theatres help enrich the lives of current residents and these attributes makes the area a more appealing place to live.

In the past, Birmingham has beaten other cities to the top of the table in terms of economic growth, as its GVA increased by 4.2% between 2012 and 2013. Birmingham was also HSBC’s chosen city for their new headquarters which created 1000 jobs and Deutsche Bank increased the number of people their employ in Birmingham from 50 to 2,000.

In 2016 LaSalle Investment Management invested £100m into a private rented sector scheme, clearly recognising the city’s potential. They will take a long leasehold in 603 build to rent apartments due for full completion in 2019.

Knight Frank recently named Birmingham as the UK’s number one business hotspot and with the creation of new jobs, young talent has followed. In 2015, 6061 people moved from London to Birmingham, which is more than to any other city.

Birmingham is a city targeted in the Midlands Engine. The Midlands Engine is a government initiative aiming to stimulate economic growth in the East and West Midlands. The aim is to create 300,000 new jobs and £34 billion worth of growth within the next 15 years through focusing on five key themes – skills, innovation, transport, promoting the initiative and finance for business. The government is backing the scheme with a £5 million investment package, aiming to promote the initiative overseas and boost exports.

The creation of 300,000 new jobs across the midlands will obviously bring with it new working professionals in need of accommodation, thus increasing rental demand. It will also positively affect capital growth prospects as when the young professionals go forward in their chosen career and start to save, they will start looking to buy their own property.

Birmingham has already made a case for itself as an attractive city for workers and businesses, and the significant amount of investment being pumped into the city will only see interest soar. Birmingham’s affordable housing stock has long been a key-driver in why it is considered an attractive place to live and invest. It is also worth noting that although investment for new homes in Birmingham is now being made, it is not enough to resolve the problem of few second-hand homes being put on the market. This means that there is fierce competition in the property market for homes in Birmingham.

Birmingham is frequently named as one of the best cities for buy to let, due to its high proportion of young professionals and modest house prices. Due to its increasing popularity, house prices are rising, and have been forecast to rise at a faster rate than London. According to Hometrack, year-on-year house price growth in Birmingham stands at 7.4% in January, compared to 6.4% in London. So now seems like the ideal time to invest, whilst house prices are still reasonable, even though they are on an upward trajectory.

Birmingham property investment opportunities such as B5 makes an attractive option due to its superior location. B5 sits in a central location, close to the Bull Ring shopping centre and O2 Academy. The fact that bars and shops are so easily reachable from the apartment block means that it will be an attractive option for young professionals who wish to experience all Birmingham has on offer. The property is five minutes away from Birmingham New Street station, exposing it to another market of professionals who need to commute to other towns and cities.

B5 is a collection of 98 one and two bedroom apartments located in Birmingham’s Southside district – a popular area with young families, students and professionals. To complement its superior location, B5 will be furnished to the highest specification, including state of the art Lightology strip lighting and high grade custom built materials.

Units in B5 start from £149,995 – an excellent price for this unbeatable location, so enquire today to see how you can benefit from Birmingham’s economic growth and investment.

Support Landlords Or Lose Our Votes

How do I rent an industrial warehouse?