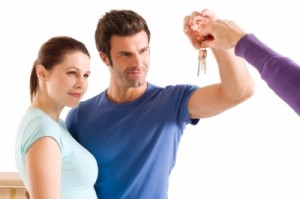 The pattern of home ownership in Britain is undergoing a major upheaval with nearly two thirds of adults under 45 years old giving up any thought of buying their own property.

Buying a home seems beyond the grasp of this age group as 95% say they have no spare cash, no interest in saving for a deposit or have given up on trying to save the money they need to secure a purchase.

Only 5% are making any financial sacrifices to save for a home.

The question has been asked many times how this is likely to affect our economy having been a nation of homeowners since the Thatcherite days of the 80’s.

Nevertheless, 77% of this generation aspire to owning a home, according to a study by the National Centre of Social Research for the Halifax.

No point in applying for a mortgage

Halifax Mortgages commercial director, Stephen Noakes, said: “Our research indicates just how many potential first time buyers are not making it to the application stage because of a fear of being declined.

“We would like to help aspirational home buyers to realise that they do have options, that they can apply for a mortgage, and that it is still possible to get onto the property ladder. At Halifax we approve 8 out of 10 mortgage applications from first time buyers, and it is important that today’s potential first time buyers don’t miss out because of the fear of rejection.

In response to the survey results, the Halifax promises to launch a first time buyer pledge in July – but has drawn a veil over the exact terms of the deal other than presenting clearer application information and more details of what they can expect from the bank.

“Not everyone wants to get on the housing ladder.  However, 77% of people expressed a real desire to own their own home, but for two-thirds of non-homeowners it’s an impossible aim. We want ‘Generation Rent’ to be aware of the opportunities available to them, and dispel any myths about the mortgage process,” said Noakes.

Property prices finally seem to have hit the bottom