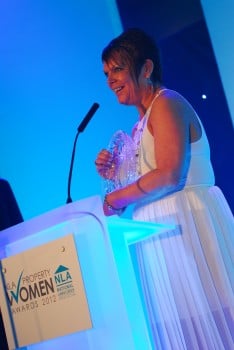 Supported by headline sponsor Hamilton Fraser Insurance and my|deposits, the NLA Property Women Awards awards recognise and celebrate the dedicated women of the private-rented sector who have weathered a difficult market to achieve outstanding results despite the odds.

Journalist and broadcaster Katie Derham hosted this year’s awards, which took place after the NLA National Conference on 31st October at the Chesford Grange Hotel, Warwickshire.

Yvonne was selected from the winners of both the Regional and Principal Awards. Entries were judged on property portfolio, financial success and personal achievement.

The judges commented that even from a particularly strong regional category, Yvonne displayed an impressive can-do attitude in the face of adversity, turning around a failing business and building up a portfolio worth millions of pounds after her company pension was mismanaged and spent.

“The judges felt that as NLA Property Woman of the Year, Yvonne stood out as she risked her own security for the benefit of others. We were particularly impressed by the fact she started her own business as no others would meet her high standards and her hard work and tenacity in the face of adversity after losing financial security.”

Eddie Hooker, Chief Executive Officer at Hamilton Fraser Insurance and sponsor of the NLA Property Woman of the Year 2012, said:

“It is no secret that landlords receive a relatively bad press or, at around 35%, women are still in the minority, but the NLA works tirelessly to inform change both the industry and its perception for the better. The Property Woman Awards is just one way which the NLA demonstrates its commitment to encouraging and celebration of good practice, and Yvonne Hall is a fantastic winner for 2012 and an inspirational example for us all.”

For updates on the NLA Property Women Awards 2012, visit www.propertywomenawards.org.uk.

Yvonne Hall first entered into the property market in 2005 when she discovered that her company had lost her pension fund. Left without financial security for the future and with little money to invest, she worked to build up a portfolio of 20 properties worth over £2 million.

When letting agents fell short of her expectations and requirements in 2007, Yvonne began managing the properties herself, and Property Finders NE now manages over 300 properties. The company recently acquired a failing letting agency and covered missing rent and deposits so their landlords’ income was not compromised, as it would have been otherwise.

Seven years on, she takes on multiple roles at her thriving business, including office manager, company secretary, accountant and book keeper, as well as being described as a ‘friend and mentor’ to all colleagues.

One staff member commented that they felt “honoured and lucky to have the opportunity to work for her.”

With recommendations from landlords as far afield as Australia, Yvonne demonstrates inspirational leadership and professionalism. She says, “If the landlords and tenants are happy, we have a sustainable business. Everything else is just what happens and we deal with it.”

Yvonne has been described as a “modest yet exceptional lady, who truly works for the benefit of others.” 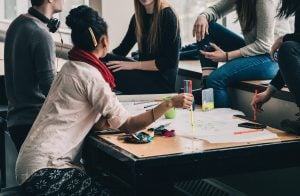 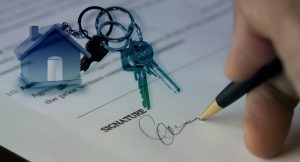 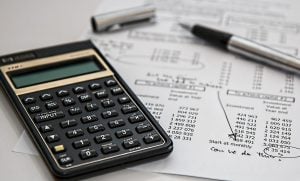 Capping rents is not the answer to housing crisis