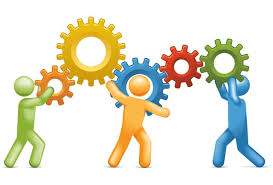 Working with your local council 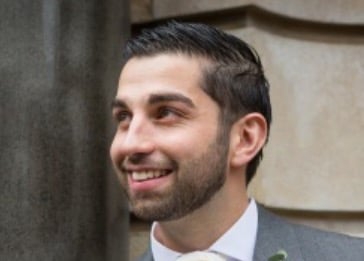 We all know that from time to time working with, or against, your local council will be something a landlord or developer has to deal with.

9 times out of 10 the housing, environmental health or planning officers are willing to work with you. It’s always best to work with them, even if you don’t agree as they are there to keep people/tenants safe.

We have several planning application in at the moment. Some sail through others come up against hurdles. What’s important for us, is we work with the professionals who are experts in their fields and understand the legislation. We recently had a PD office to residential planning application refused, but our architect advised why and how to appeal and after nearly 7 months the refusal was over turned.

What does become frustrating is when the local department doesn’t understand their own policy or guidelines. As I have learned this is when you have to be careful.

On another decline, the planner was refusing the application based on opinion not policy. The planner also failed the application, but was aware that 13 years prior the exact same application had been approved. When this was pointed out, it wasn’t best received. The lesson is to allow your professional to deal with all communication, as emotion and passion can sometimes come across to a council officer in the wrong way. We will await the appeal decision on this one.

We recently bought and converted a 2 bed terrace into a small 4 bed HMO. We followed guidelines and documentation available from the councils web site. On inspection from the Environmental officer and HMO officer both commented to what a good standard the work had been done and that all safety aspects like smoke alarms and thumb locks had been complied with.

When presented with a document, printed from the councils web site which indicated that house had been compliantly turned into a small HMO, thus not needing planning. The officers began to get defensive, sweat and stutter. This wasn’t my intention to get their backs up, but it did, so learn to pick your moment wisely when ‘educating’ local officers.

After many more inspections, and the reality the HMO officer “wanted to find something”, because I can only assume he was not happy that I’d confirmed what we had done to the layout was compliant, he decided to enforce on a room size, which because it had a sink inside the room was just under the minimum dimensions. However, he didn’t think it was that much of an issue, because the prohibition was suspended until the existing tenants gave notice. He didn’t see any direct threat or issue with safety.

We therefore decided to do the work he wanted. We could have fought it, but it was a minimal amount of work (remove sink, add some cupboards and sink to the communal area). We informed the officer when the tenant gave notice and when we planned to do the work. Work was completed and post his re inspection, the officer was happy. Any notice he had issued was then removed.

When the cost and bills came in for this additional work, it was the right thing to cover all these costs ourselves. These  were all paid directly, by us outside of the JV. I was rather hoping post this engagement (as all other had been good on previous houses) we could carry on working together, as they need more good quality, safe houses and we of course want to offer this.

However, months later (on a refinance) we noticed a restriction from building control. This (after doing some digging) had been registered at the request of the housing officer to building control. Based on his comments.

Now at no stage did the officer email, point out or raise any concerns. Other than he was impressed and happy with the quality of works and how much we had done over and above. So what seemed like a repeat exercise, the council building controller visited again (yes we already had this done post original refurb) and to no surprise he was happy with everything and gave the house the full signed off.

It would seem the officer deliberately attempted to cause us further issues, without pointing his concerns out or asking if we had the relevant building regs signed off.

Now it is still our ambition to work with the local council. However, I do believe the start of the friction started right back to the day I handed the officers the print out of definitions of a small HMO from the councils web site.

So, my note to all

Even when you are right, council and officers can make things difficult. Pick your battles, work with them when you can, but if you have to prove them wrong try to do it in the most friendly and courteous way possible.

Dan is the CEO of Grace Charles property company Ltd

Going forward I'd recommend you use a local planning consultant to handle the entire application through to approval. It's an additional cost to consider but in my experience well worth the money if your loooking for a positive result.

Dan highlights an issue I have frequently brought up at landlord meetings and it is bullying by local authorities. Many of the employees/officers dont know council policy and give wrong answer. Some councils are a lot worse than others with only paying lip service to private landlords.
All the big landlord organisations are now too political and dont want to rub councils/governments up the wrong way. Individual landlords are small fry and expendable. If no one stands up for them the bullying will only gets worse.
Councils can very easily defend their actions when they get it wrong but it is almost impossible to challenge them even through formal complaint channels. Money/time is no object to the council but they are two things private landlords are short of. No win no fee lawyers not interested in pursue council but happy to target individuals.
We challenge every decision we think the council has got wrong and about 9 out of 10 are changed. Many are simple misunderstandings, but some run in to several thousand pounds worth. I have the time to challenge our local council but most of the other decent 15000+ landlords dont.
Remember councils have run down properties and can be as poor as any private landlord
Perhaps we could have an area on Landlords Union just giving best practice for dealing with councils.
Thanks
Colin

Colin, a very good and passionate statement. One I echo. I have raised a compliant and a response to said complaint was "they see no issue". Which was what we expected... however we are pursing this all the way, because you are correct....... it's not acceptable

Transfer of unencumbered property from partnership to a Ltd Co?

Putting pressure on your Conservative MP