Who is getting evicted

With the release of data from the Ministry of Justice (MoJ), the Council of Mortgage Lenders (CML) and the National Housing Group, we take a look at the current arrears and possession trends in the property market.

The CML reports that 92,500 owner-occupied properties have arrears greater than 2.5% of the balance, which is the lowest level since 1994 and a 13.4% decrease on last year.

MoJ data shows that possessions are also down over the same quarter (April to June) 2015:

However, the time taken from claim to possession by a CCB has increased to almost 2.25 year (up from 107.1 weeks to 116.3 weeks). This undoubtedly explains why mortgagees are turning increasingly to High Court Enforcement Officers (HCEO) for repossession of the property under a writ of possession.

The MoJ does not capture data on how many possessions are undertaken by HCEOs under a writ of possession. At The Sheriffs Office, we are instructed on a large and growing number of cases, as are many other HCEOs, as landlords look for a faster alternative.

The figures are not looking nearly as positive for shared ownership. Apart from the fact that stair casing (the purchase of additional shares in the property) is low, with just 2.7% of occupants buying an additional stake, arrears and possessions are far higher than in other sectors of the property market.

Data from 2014/15 about shared ownership households from the National Housing Group shows:

– 13.1% are in rent arrears, averaging £496, compared with 1.6% in the private rented sector, although half the average arrears rate in the social rented sector
– 109 repossessions, 0.1%, of shared ownership households, five times more than that of the mainstream sector

Whilst it is encouraging that arrears and repossessions are falling, it will be interesting to see if this trend remains in the next quarter’s data, as the Brexit impact takes effect. 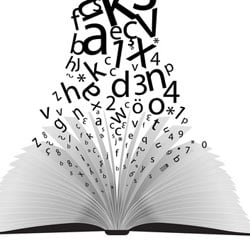 And isn't it the case that if a shared ownership tenant/owner is evicted, they loose everything they have put into their owned stake in terms of money paid on the mortgage, deposit etc? Seems like a raw deal for shared ownership if it all goes wrong.

Tenant not removed property not cleaned and not yet returned keys

Lodger not moving out and threatening