The Wand of The Guardian

I am one of the landlords fighting the absurd tax attacks on the Private Rented Sector from a Chancellor who seemed intent on doing as much damage as possible.

It seems that many people believe landlords to be responsible for the terrible housing crisis we have in this country and that every one of us is preventing first time buyers (FTBs) from getting their first foot on the housing ladder.  A great deal of this belief results from some of the media vilifying us. Publications such as The Guardian like to appeal to their readership by publishing misleading articles that invariably use phrases such as ‘greedy landlords’, ‘rogue landlords’ or ‘sky-high rents’.

Let me offer an alternative view.  Let’s say that someone gives one of these Guardian drones a time machine and a one-shot magic wand, let’s call him Joe.  He’s sent off back to 1996 when BTL mortgages were only really starting and he fires off the wand to shut them down forever.  Apart from the wealthy landlords who could afford to buy a property outright, Buy-To-Let never happens!  No mortgages, no gurus, nothing that hints at what has happened in the last 20 years.

So…. what would be the result?

This country has had hundreds of thousands of residential properties fall into disuse. It has been reported that the total number exceeded a million.  That’s valuable housing stock laying empty.  Some had become part-derelict, some completely so, but all could provide much needed homes to families.

In the real world landlords have sought these out and lavished time and money to bring them back into our much needed housing stock. However, in the magic delusional world of Joe Guardian this would never have happened.  There will still be the same empty properties languishing and unloved.  First time buyers would be unlikely to get mortgages on them or if they did there would be large retentions.  How would most of them find the money to do the work when they have used all their savings on a deposit?

And then of course Joe Guardian would have also prevented landlords from buying up larger properties to convert to Houses in Multiple Occupation.  There are thousands and thousands of these around the country and they are home to a huge number of single people (and sometimes couples) seeking a place to live which is cheaper than a complete house, as well as giving them important career mobility.

With 4, 5, 6, 7 people or more people in each of these houses an enormous number of individuals have been homed in much more efficient use of housing stock.  Remembering that in the magic world of Joe Guardian, landlords have nearly all been removed, the only choice for these individuals would have been to buy a starter home.  That would be thousands more people after the cheaper places to buy.  Think of the extra pressure on our housing stock. What about those who don’t qualify for mortgages?

Then of course there is also the aspect of the countless examples of commercial properties, such as office blocks and old pubs, that have also been converted to provide similar accommodation or flats.  Joe would have prevented many of these developments from occurring.

But it doesn’t stop there.  In the world of Joe Guardian Landlords would rarely have put down deposits on off-plan developments, hence the builders wouldn’t have had the much-needed pre-sales to secure funding to continue with their work.  In Joe’s world so many new homes would never have been built.

So Joe would have prevented thousands of properties being brought back into use, thousands of houses being converted for better efficiency and countless developments taking place.  There would be far fewer places to rent, so rents would be higher than now, and there would be a combination of fewer homes to buy with more people after them, thus putting upward pressure on house prices.

What Joe wouldn’t have prevented in his parallel world is people living longer, rising divorce statistics, or indeed the massive immigration that has happened since the Blair years.

Our housing situation would be absolutely dire, far, far worse than it is now.  Imagine it.  Imagine how bad things would be and how much pressure our Government would be under.

But George Osborne does.

Whilst he no longer wields power, the legacy of his attacks on the Private Rented Sector will be catastrophic.  The removal of the 10% wear and tear allowance is an annoyance, the extra 3% SDLT is bad, but unquestionably the most stupid, destructive and socially irresponsible policy he could ever have implemented is the train crash we can all see coming in slow motion – AKA the restrictions on finance cost relief for individual landlords.

There will undoubtedly be less investment in housing, rents are going to rise astronomically and there will be an enormous amount of evictions as landlords are forced to either sell up or upgrade their tenants to those that can afford the higher rents they will need to charge.  We have an appalling situation of homelessness in the UK with unacceptable numbers of families with dependent children living in temporary accommodation.  This is about to increase substantially.

I thank and applaud those who are campaigning and fundraising but I beg that you take it further, do more, give more and encourage others to join you. S24 of the 2015 Finance Bill is devastating.

The effects are already being seen with landlords starting to increase rents accordingly, or evict to sell up or replace with a wealthier tenant.

Please help to prevent this ruinous legislation do further damage.

Please make a pledge to the #TenantTax campaign

Hey, John. I forgot you had written such an excellent article. I think it should be forwarded to the editors at the Guardian, along with a complaint about their article the other day with 'crooked landlords' in the title, when the article was about a fraudster pretending to own a property and conning someone out of a deposit. Uh, that is not the definition of 'landlord,' but it serves the Guardian's purpose of slurring our names in a thoroughly misleading way. It's not what I would call proper journalism. 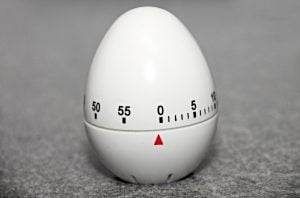 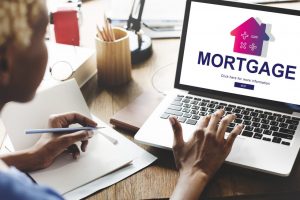 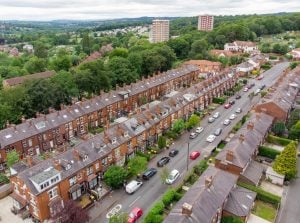 Councils are ‘trying to catch landlords out’ with licensing schemes

Norfolk Property Network has a mission

What are the repercussions of cancelling signed AST?