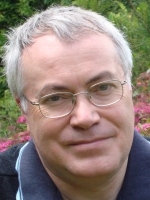 The Accidental Landlord: let me assure you, it’s the journey no-one wants to make

My name is Bill Main-Ian. On April 27th, 2000, at the age of 47 and with 26 years serving the community as a Police Officer, I was involved in an accident, which resulted in the loss of my leg. In a series of articles that Mark Alexander has generously allowed me to write on Property 118.com, I am going to tell you a story of triumph through adversity, albeit that my fight with adversity is never going to end. I hope you will join me on this journey.

When people ask me how much our 6 bedroom home in a leafy London Borough cost my wife and I, they are normally seeking out the monetary cost, my reply, “my right leg”, normally floors them. So when one says that one would give an arm or a leg for such and such, would you really? Of course not, but would you know what to do to regain one’s life and move forward it it did happen? I even asked my highly respected Personal Injury Queen’s Counsel this question and he was at a loss, so I defy almost every person reading this article to know where to start. I spoke to someone the other day who empathised with what I had been through, and continue to go through, as he himself was paralysed after a boating accident. Fortunately he is recovering and has regained use of his legs but the case is well learnt.

In hospital, an unreal environment, one can become rather hopeful of one’s future, but as my wife, a trained staff nurse, told me early on, one never knows how one is going to cope with the outside pressures that are released with such an accident. My solicitor cheerfully told me that most marriages / relationships end and divorce is very common. Cynically, she also said they coincidentally end just after a payout! I thought at the time, and still do, that this is a sad indictment of the system that is in place and have since learned that insurance companies and solicitors don’t have a clue how to practically help people. All they can do is seek and give out money in compensation; their bottom line is all that is important to them, so we continue to see emotional tragedies years after the incident.

So those pressures, where did they lead me? Depression, PTSD, pain, anxiety and hopelessness, amongst many others. The real world, once one is out of hospital, hits you fair square in the face. One reels from the sudden rash of problems that come at you day in, day out. You start to fear what the post holds for you. There is a big black hole and one descends into it slowly at first but then it accelerates until you hit rock bottom. The only good thing about hitting rock bottom is that if you intend to travel further, the only way is up.

It was the Queen’s Golden Jubilee on June 4th, 2002. I decided to ‘escape’ from the pressure, intending to live life as a vagrant. I also contemplated jumping in front of a train. There was no public transport and my wife had the car, but I still managed to thumb a lift to a main line station, and there I was faced with the decision of my life – to live or die. I did not have the courage to go through with it. I have so much empathy with those that actually do go through with it though, because deep down they have the immense courage to take positive action to die. Not that I would encourage or want people to do that, but I hope you can see how I was a coward. I decided to get on the train rather than jump under it and the immense anger I felt was then directed at the insurance company.  The transfer of anger is necessary to divert one’s thoughts away from the problem, which of course was my thinking, and mental illness. I decided to travel to the insurance company’s solicitor and dump myself on his doorstep. Why should my wife and family have the problem, after all the accident was not my fault.

My journey ended in a ditch in Cricklewood. I had free travel within the M25 but I realized that the Thameslink train taking me to Luton would mean that I became a criminal, as my fare was not paid for that final destination, so I got off the train. My efforts to thumb another lift were met with derision from some young men in a souped up Ford Escort, so I resorted to a bus. I had no idea where I was going and this was despite my considerable knowledge and experience of London.

In the ditch, a very nice lady saw I was in trouble and spoke to me. She said she wanted to give me something and went home to get it. She returned and knelt beside me, handed me a prayer, and promptly left. I don’t think she had heard about the Good Samaritan story. However, the good Samaritans did in fact arrive in the form of a group of 15 year old ‘yobs’ who discussed the pros and cons of phoning the old bill. It was their natural inclination not to do so but one of them said that they should do it and leg it if necessary!

The police duly arrived and were stunned when I quoted the Police National Computer codes they should check on, as I suspected that my wife had reported me missing, which is actually what had happened. They eventually drove me home and I repaid their kindness by throwing up all over the van floor. My poor wife cleaned it up.

Two weeks later I did it again but this time my daughter stood crying at my car door, begging me not to do it. My wife shouted at me that if I drove away, that would be the end of our marriage – she meant it. I hung my head in shame and decided that I had to fight to save myself, my marriage, my family, and make the insurance company pay. Why pay? The catalyst for these actions was my solicitor handing me a video tape of the 6 days of surveillance using 6 teams of investigators. The most exciting bit on the video was of me driving on the M25 at 20 mph. The insurance company solicitor had set me up to attend a psychiatrist examination many miles away. Somehow they thought it odd until it was pointed out that I was very fearful of this post driving experience. They had instructed these investigators because I had bought a 6 bedroom house which was wheelchair friendly, but had not sold our semi, deciding that renting it out to part pay the mortgage on the new property was our best option. They thought I was defrauding them, and/or working, which I was not in either case. They got more than they bargained for because my shame and anger had to be diverted somewhere.

If you want to read more I have set out a free website where my experiences have been detailed. http://www.mentorexperiences.co.uk/

Next Instalment:  Sub-prime our saviour.

I am saddened by reading your story thus far. I will follow with interest the next chapter.

Quite a story Bill, and it takes a big man and courage to admit to mistakes and failures, but admitting to them is the start of putting them right. All power to you. Rich

Thanks Martin. It does get a bit cheerier.

Hi Rich, One finds oneself in an extraordinary position and no-one is there to guide you through. Trouble is that when one lives it, you don't think you are doing anything wrong.It is very subjective.

Buy to let lending is down despite what lenders say