Landlords Calculator – Now even easier to use! Latest Articles

Our Landlords Calculator is a very easy to use, you don’t need to download any extra software whatsoever. It allows you to analyse returns and other important numbers relating to any residential investment property deal with ease.

You may want to listen to this first 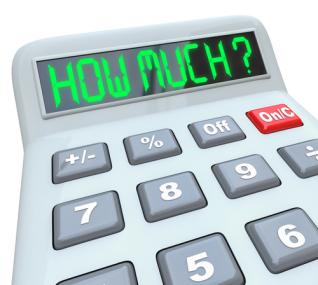 Until now landlords and their professional advisers have struggled with traditional calculators and spreadsheets to calculate rental yields, cashflow, returns on equity and the interest rates a property deal achieves break even or neutral cashflow.

Our Landlords Calculator takes you through set of numbers and provides easy to follow explanations a step at a time making all of the above simple.

Simply follow the the instructions, type in your numbers and calculator does everything else for you. The key figures you need, together with explanations, appear on screen as you go.

When you have completed the process you will be given an opportunity to add a title to your masterpiece and have a neat report emailed to you for future reference or, if you are a professional adviser, to present to your clients.

Check out the reviews below which have been left by other landlords and associated professionals. We appreciate all feedback so please let us know what you think of our landlords calculator by leaving a review of your own in the comments section below.

NOTE – our Landlords Calculator was updated and re-published on 25th July 2013. Version 1 was first published on 6th June 2013

Here at Property118 we constantly share ideas to help UK Landlords to reduce your costs and maximise your returns. These are our austerity tips for 2013, each section is linked to the relevant page of our website where you can find out more and make contact with the providers of products and services we currently recommend. Links are in slightly larger bold text, blue in colour and underlined. END_OF_DOCUMENT_TOKEN_TO_BE_REPLACED 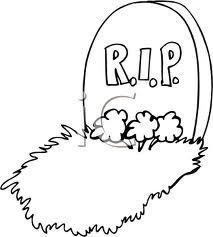 You may recall that I wrote an article back in April of this year called “My tenant has died“. That was the first experience I’d had of that nature so this article will is to bring you up to speed with what’s happened since.

I had purchased the property about six years ago, it was one of the last Sale and Rent back deals I ever did. The property had fallen significantly in value since I purchased it and was in a very tired state. It required complete refurbishment, kitchen, bathroom, re-wiring, replacement internal walls – you name it. The old man who had lived there was happy with it the way it was. He had been there for 20+ years and to him that was his home. The mistake I made was assuming he would live for another 20 years. END_OF_DOCUMENT_TOKEN_TO_BE_REPLACED

You may recall that I wrote an article back in April 2012 called “My tenant has died“. That was the first experience I’d had of that nature so this article will also bring you up to speed with what’s happened since. END_OF_DOCUMENT_TOKEN_TO_BE_REPLACED

I spent most of yesterday with a lovely couple from Luton who emailed me asking for some guidance. After exchanging several emails we decided to meet and they came over to Norfolk. They have six buy to let properties at the moment, a decent liquidity fund and plenty of equity in properties. They wanted advice on how to get into property refurbishment.

The day started with a trip to my accountants in Norwich where we discussed the difference between property investment and property trading. It is important to have a very good idea of whether you intend to sell for a profit or to hold as an investment before you do any deal as investment and trade are taxed and financed very differently. END_OF_DOCUMENT_TOKEN_TO_BE_REPLACED

Putting it all together – The what, the why part 2 Guest Columns

Read part one of the what the why

Armed with your investment budget you are ready to go in search of property bargains. You must look for areas of value where price corrections have been overdone, areas where prices have been dragged down by a greater number of bank repossession properties. Today such areas mainly occur in greater numbers in the North.

Estate agents are blaming sellers asking unrealistic prices for their homes as one of the reasons for a flatlining housing market.

Pointing the finger at sellers is unfair as they are probably pricing their home on the figure they need to break even from a deal. END_OF_DOCUMENT_TOKEN_TO_BE_REPLACED

Landlord’s Log, the Personal Blog Of Mark Alexander, the Founder of Property118

As the credit crunch continues to affect property prices, the remaining equity in my property portfolio, which I’d not refinanced out, continues to shrink away. The more values fall the closer I get to being in a position of negative equity. Am I at risk though?

I’ve been here before! END_OF_DOCUMENT_TOKEN_TO_BE_REPLACED

Expressed as a percentage this indicator will tell you the maximum interest rate you can sustain and still break even. Obviously the higher the number the greater the safety net you have against rate rises. Any property with a figure around 5% or less needs looking at to see where either cost can be cut or the rent increased. END_OF_DOCUMENT_TOKEN_TO_BE_REPLACED

Do you know how to decide what the best properties will be to invest into in your area?

In the short video below I provide general guidance on where to source information and how to crunch the numbers.

If you need a buy to let calculator that’s simple to use, factors in all the costs, tells you the interest rates you will break even at and doesn’t try to sell you a mortgage then you’re in the right place. What’s more, these are free to use. END_OF_DOCUMENT_TOKEN_TO_BE_REPLACED

Official bank rates will stay at 0.5% after the Bank of England’s monetary policy committee voted for no change for a record 29th month in a row.

They also agreed to keep quantitive easing at £200 billion.

Buy to let landlords are concerned that mortgage interest rate rises could drive them out of business, according to new research.

Around nine out of 10 of landlords feel a 2% mortgage interest rate rise would have a severe impact on the profitability of their property portfolios – with more than half (53%) confessing the rate increase would affect them ‘significantly’.

In fact the financial repercussions of paying more mortgage interest would force 8% to reconsider whether they could remain as property investors, while 6% would have to consider selling up, according to the findings of a survey by the National Landlords Association (NLA).

A rate hike of 1% on buy to let mortgages would still have a severe impact on 80% of landlords – with nearly a third (29%) expecting ‘significant’ financial problems to follow.

Know where you stand – check out our Number Crunchers to calculate the break even interest rate on your portfolio.

Around three quarters of the landlords taking part in the poll  (73%) had one or more buy to let loans, and 47% of them had five or more property investment mortgages.

Just under half of landlords (49%) strongly agree that the market would further benefit from more buy to let lenders and greater competition.

David Salusbury, NLA chairman, said: “These statistics show how important it is for a landlord expanding their portfolio to construct a sound long-term business plan when considering buy-to-let properties.

“The NLA believes that such properties can be a worthwhile investment and can help ease the current housing crisis by providing a source of much-needed housing, but landlords should ensure that they plan for the future and are mindful of any potential increases in buy-to-let interest rates.”

Meanwhile, more than half of mortgage brokers do not expect the bank rate to rise until some time in the new year, according to the findings of a poll by mortgage lender Kensington.

The survey showed 53% believe rates will start to rise in the first half of 2012, while one in four predict they will go up later this year.

Charles Morley, head of sales at Kensington: “While our research is not unanimous, there is a clear feeling that base rate is unlikely to rise before 2012. “

The big worry for buy to let landlords and homeowners is how their finances will cope when mortgage rates start to rise.

Many landlords are coping with their finances because mortgage rates have dropped – but they have two concerns.  First, is how much extra tax they might have to pay if interest rates stay low and they have no losses from previous years to set off against rental profits. END_OF_DOCUMENT_TOKEN_TO_BE_REPLACED 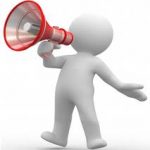 Why some mortgage lenders including Paragon Mortgages Stress Test at 9% or more Latest Articles, Question of the Week

Lenders and commentators – including the influential Paul Fisher, the Bank of England’s director of markets – are warning that the natural interest rate in a well-functioning economy is around the 5% mark.

With the Bank of England base rate stuck firmly at 0.5% since March 2009, many are worried that buy to let landlords have not subjected their property businesses to a robust stress-test to see what happens when rates go up. END_OF_DOCUMENT_TOKEN_TO_BE_REPLACED