The Sunday Times ran an article based on an interview with Chris Cooper a member of Property118 and co-litigant of the #TenantTax campaign group which hopes to force a Judicial Review of the phased restriction of tax relief for individual landlords. The articled, which appeared in The Sunday Times yesterday, was titled “15 properties and just £1,000 a year in rent”.

Chris is also a member of the team organising the #TenantTax Summit being held Thursday 9th of June at the ILEC Conference Centre, Earls Court 9.00am – 5.30pm. Click here for further details.

The article written by Martina Lees is copied below:

Chris Cooper never thought he’d be suing the government. As cabin crew with an airline, he earns £34,000 a year and lives in a one-bedroom flat in Windsor, down the road from Heathrow. Fifteen years ago, he remortgaged that flat to start a buy-to-let portfolio that now consists of 15 properties.

“Rather than trading up, I’ve used that money to make pension provision,” Cooper, 54, tells me in his first media interview. “I’ve worked hard at it.”

Then came last year’s summer budget: landlords could no longer deduct mortgage interest as a cost when working out their taxable profit. This, the Treasury said, would affect “wealthier landlords with larger incomes”, so the tax system would stop supporting them “over and above ordinary homeowners”.

Of course, most “wealthier landlords” have no mortgages, so will be untouched. But many less affluent landlords still don’t know that they’ll be hit. After paying tax on his total income under the new rules, Cooper found he would have £27,000 left to live on — about £10,000 less than before. In effect, his 15 properties will leave him only £1,000 a year better off than if he had none — and an interest-rate rise would wipe that out.

A bit of Googling told him that his only chance would be to apply for a judicial review of the changes, which had become law. Based on Cherie Blair’s reputation for human-rights challenges, he contacted her firm, Omnia Strategy LLP. One email later, to his friend Steve Bolton, who represents 250 landlords as the founder of Platinum Property Partners, and the duo had started a lawsuit against the government with Blair’s help. Within eight days, they crowdfunded £50,000 from 741 backers. On Thursday, they are hosting a summit in London as they await a High Court ruling on whether their case can continue (tenanttax.co.uk).

By HMRC’s own estimates, one in five landlords will pay more tax under the new rules, to be phased in from next year. (I’m one of them. Our buy-to-let in north London, bought last year to help fund an eventual step up from our two-bedroom cottage, will cost us more in tax than it makes in rent.) By 2020, landlords must calculate tax without deducting interest costs, before applying a 20% relief on those interest costs. This increase in “taxable profit” pushes many basic-rate taxpayers, including Cooper, into a higher bracket. Some will even have to pay tax despite making a loss.

This, says Cooper and Bolton’s legal challenge, discriminates unfairly against individual landlords, as companies and holiday lets can still deduct finance costs as a business expense. It also applies retrospectively to properties bought years ago. “Having the rug pulled out from under me at 54 doesn’t give me a lot of time to start over,” Cooper says.

To cover the tax, Cooper would have to raise rents by 36% — likely causing his properties to sit empty — or sell, giving notice to tenants like the widowed mother who rented one of his houses for 10 years.

“What gives a first-time buyer more right to make it their home than the person who lives there?” There are no winners here.

We are very pleased to announce that the RLA have sponsored the Tenant tax campaign for an amount of at least £5000.

The Association of Local Landlords (Wessex) Ltd have donated £2,500 to the legal Crowdfund cause.

This is a great turn-about by the Sunday Times - since the Summer Budget (and strangely, just a week or two before) Ian Cowie, financial journalist at the ST, has been celebrating the attack on landlords and stated that the ST itself had a position on this (the opposite of the Telegraph's support of us). In Ian Cowie's words:

'[The] Money [section of the ST] has repeatedly called on the chancellor to help first-timers by bringing landlords’ mortgage interest tax relief into line with that of owner-occupiers, who lost the perk 15 years ago.'

I wrote to him following this article to point out that he was in fact wrong and Professor Philip Booth confirmed that this was an elementary mistake that should not be made by the Treasury (and I would add that it should not be made by Ian Cowie) to confuse MIRAS with landlords' legitimate finance costs of their businesses. He has also not explained why corporates should be treated differently. I will be asking Ian Cowie what his position now is on this and whether he can acknowledge his error and return to his previous stance - over the years he had often encouraged people to purchase BTL (before his astonishing, and I hope, temporary, reversal).

It is great to see that his colleague, Martina Lees, has a far greater grasp of the subject, helped of course by Chris, who was interviewed extensively for this article.

I also remember reading Ian Cowie's gloating article after the tax changes were brought in. Saying that he'd been campaigning for this and how wonderful the changes are and how landlords had been getting away with this for years.
I've since cancelled my Sky HD package and Times newspaper deliveries .

Nice one, Donald. Yes, the article he wrote is quoted in my article for 118 I put the link to above. I have now written to him again to ask if his position was an 'anomaly' and that in fact the ST does not have the 'position' on this that he said it did. I await my reply. 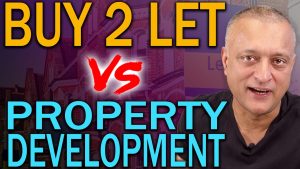 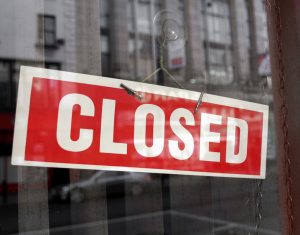 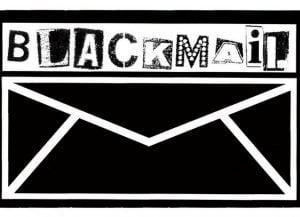 When is an HMO not an HMO or vice versa?