HMRC have released their June Property transaction statistics for this year. The figures are based on transactional records by HMRC, Revenue Scotland and the Welsh Revenue Authority, for Stamp Duty Land Tax, Land and Buildings Transaction Tax and Land Transaction Tax respectively. Click here to download the full report.

The headlines of the report show:

The provisional seasonally adjusted count of residential property transactions decreased by 9.6% between May 2019 and June 2019, and is 16.5% lower than June 2018. 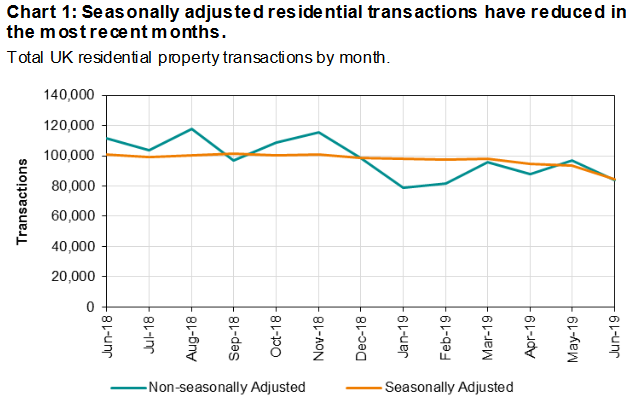 Chart 5: Although fluctuating, residential transactions have been relatively stable over the previous 10-years.

The fall in transactions starting at the end of 2007 coincided with the housing market slump and financial crisis. Prior to this, transaction counts had risen steadily, peaking in mid-2006.

The peak in March 2016 is associated with the introduction of higher rates on additional properties in April 2016.

Director of Benham and Reeves, Marc von Grundherr, commented: “Scary reading on the face of it, but it’s important to note that this data is reported with a bit of a lag and so the level of transactions being relayed are really those accepted back in March.

“With many of us, perhaps foolishly, believing we would be exiting the EU at the end of March, it stands to reason that the vast majority of buyers may have refrained from a sale until this event had passed.

“Therefore any dip in transactions should be viewed as a momentary stutter and with many other market indicators suggesting a return to form and growing levels of buyer demand over the last few months, we should start to see the number of properties being sold climb from here on in.”

Founder and CEO of Springbok Properties, Shepherd Ncube, commented: “A lull in transactions will come as a cause for concern in what is currently a rather fragile market landscape, however, the broader picture simply doesn’t suggest a market that is on its knees.

“Homebuyer appetite is alive and well and while many may not want to fill up on bread until the main course of Brexit is finally served, we are on course to see a healthy level of properties transact this year regardless.”

“We can only hope that a new prime minister doesn’t rock the boat and in fact, he could help to steady it to a degree. But while suggestions of housing first initiatives such as a transferral of stamp duty tax to the seller may help boost buyer demand, we must be sure not to restrict the flow of housing stock reaching the market by deterring sellers financially.”