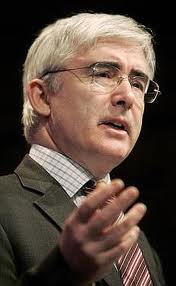 Welfare Minister Lord Freud has pledged to look at the problems caused by tenants who refuse to pay their landlords and “play the system” to live rent free.

Lord Freud suggested that “extra protection” could be offered to landlords, who at present find it takes more than three months to evict non-paying housing benefit tenants, with no chance of ever reclaiming the money.

“What I don’t like seeing is people messing you around and you losing 12 weeks’ rent every time someone does a bunk,” he said.

Lord Freud explained the government’s spending on housing benefit – around £20 billion a year and accounting for 40% of the total private rents paid for about 1.5 million homes – meant that it enjoyed a “symbiotic relationship” with landlords.

“I am determined we have a constructive relationship going forward, over the long term, in the interests of both parties,” he said, confirming that landlords prepared to “meet us half way” by lowering their rents could expect a return to direct payment – where rent is paid directly to them by a local authority, rather than by tenants.

He also revealed that direct payment would be phased out of the social housing sector and used as a “matter of exception where required” rather than as a matter of course.

Ian Fletcher, a British Property Federation director,  said: “It is heartening that Lord Freud has agreed to work with landlords to consider the small minority of people who play the system. If Government wishes the private rented sector to continue to play its vital role in housing vulnerable tenants then it cannot let people on housing benefit get away with living in accommodation rent-free, with landlords left to pick up the tab.

“The limited offer of a return to direct payment is welcome, but many landlords remain to be convinced that they should stay in the housing benefit market when they could easily take paying tenants, particularly in areas of high demand. Taxpayers deserve better than hundreds of millions of lost money each year that should be being paid out on housing.”