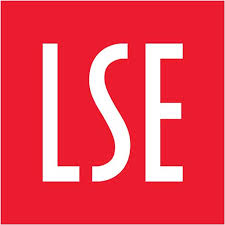 Kath Scanlon and Christine Whitehead of the London School of Economics (LSE) have carried out a survey on 2,500 private landlords with Buy to Let financed properties and unencumbered.

The LSE conclusions to the survey said “targeted measures aimed at Buy to Let landlords with mirtgages may impose significant burdens on them without necessarily resulting in commensurate influence on the behaviour of the private rented sector as a whole.”

However, Paul Smee, CML director general, said “While the overall findings are encouraging and offer a reassuring picture of relative stability, there is a certain irony in the researchers’ conclusions that the landlords who will be most affected by the government’s tax changes are those at the most professional end of the sector those with large, leveraged portfolios.”

“These landlords will be particularly hard hit by the changes in the treatment of mortgage interest and may choose to divest or moderate their property holdings. Given the government’s longstanding interest in professionalising the sector, policymakers will need to be closely attuned to the risk of unintended consequences and, indeed, own goals.”

The survey results show 49% of respondents owned all their property with no mortgage debt.

However the Government’s 2010 private landlords survey said 77% of landlords used a Buy to Let mortgage to purchase investment property.

Buy to Let landlords on average have larger and higher value portfolios with over half having a Loan to Value below 60% and 1% of landlords with an LTV greater than 90%.

62% of landlords own only one property, but over half of Buy to Let landlords with mortgages have multiple property portfolios with the average being 2.7 properties.

This is due to a slowing rate of new investors coming into the market post credit crisis.

66% receive less than 25% of their household income from rent and only 5% said they made a full time living from being a landlord.

Nearly a quarter were accidental landlords who ended up renting an existing property due to a change in circumstances and 14% entered the market originally to provide a home for a relative or friend.

Most landlords were motivated to invest in property to help provide for their retirement planning.

6% of landlords expected to reduce their portfolios in the next year and 14% in the next 5 years.

36% of Buy to Let landlords with a mortgage said that decisions to sell were influenced by the increased tax burdens.

16% of Buy to Let landlords said they expected their income to fall and would increase rents.

I cannot see any meaning in the bold part of the statement "Buy to Let landlords on average have larger and higher value portfolios with over half having a Loan to Value below 60% and 1% of landlords with an LTV greater than 90%.".

It is stating that if you purchase investment properties using a mortgage you are more likely to have a greater number of properties at a higher total value than an investor that does not use mortgage finance.

The survey results show 49% of respondents owned all their property with no mortgage debt.

I suspect that the fact that these two figures differ is because they are actually two very different figures,firstly of course they are across a pretty large time but then that would indicate change with time but I additionally suspect that the governments figure which is "used a Buy to Let mortgage to purchase investment property" is 77% at point of purchase, whereas the 49% will include legacy issues like family estates inheritance,having paid off the mortgage etc, and to be honest at a rough guess the two figures in that context would seem about right. Additionally are both figures on the same footing of percentage of landlords or percentage of properties.

As always statistics, especially from academics, can be used to prove almost anything.

Ah, so what you are suggesting is that they missed out the word "mortgaged" at the start of the statement, expecting us somehow to infer it.

As written, it is referring to all buy to let landlords and is not comparing them to anything!

Problem Owner Selling - Can we use opportunity to reclaim outstanding costs?