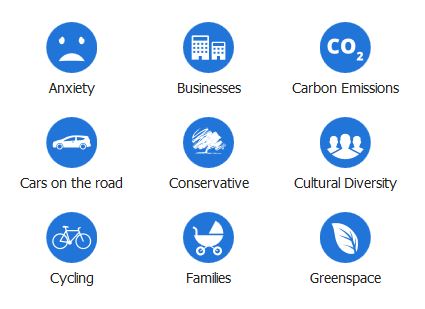 When looking to invest in property what is more important, the ecological credentials of a local borough or its low levels of anxiety?

Interactive borough map reveals where in London is best for your preferences: Click Here

An interactive map, launched by recruitment agency Randstad, reveals the best London boroughs to live in based on a number of key lifestyle factors.

The London Borough Map allows users to list a series of preferences such as happiness, green space and rental affordability, and the interactive tool will then rank the most suitable boroughs based on this.

Home movers have traditionally had a tough time deciding where to live in London. Although it goes without saying that the outer boroughs offer a more peaceful way of life –  the most family-friendly areas, the boroughs boasting the lowest anxiety levels or the neighborhoods’ with the cleanest air aren’t quite as obvious.

The tool reveals that Kensington and Chelsea is London’s happiest borough, and Havering has been identified as the area offering the most green space in the capital. Bromley, meanwhile, has been named as the number one borough for recycling, and Barking and Dagenham has come out on top for low carbon emissions.

Mark Bull, CEO at Randstad UK and Middle East, commented: “London is an enormous city that has 8.7m and 5.5m living and working there respectively. Its size and diversity means knowing where to live is slightly stressful at the best of times, and downright daunting at the worst.

“Many of us have been offered misguided advice from friends and family when house-hunting in the capital. “Such-and-such is the place to be!” we’re told, long after the area was declared uncool.

“That’s where this tool comes in handy. There’s no one size fits all solution when deciding where to live, and our priorities differ greatly depending on our lifestyle, family commitments, job and so on.

“Our interactive map lets you rank preferences such as green space, availability of rental properties and family friendliness, and then suggests the areas best suited to your specific needs.

“This can help Londoners and soon-to-be Londoners make sense of what’s often a beautiful, but sometimes confusing, city.”

Notice in writ of possession cases