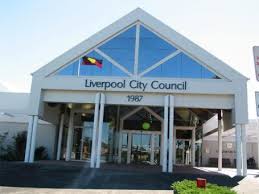 In this instance no tenant has gained from the Prosecution. The Landlord in question was not convicted for any offence relating to the actual condition of the rented property, rather the conviction was for refusing to actually sign up for scheme. This point is most relevant.

Liverpool’s application process was flawed from the outset and fell foul of the DPA. Such was their arrogance that months after the ICO ruling, The form remained non compliant. Perhaps even more important was the fact that they insisted upon Landlords signing up to a scheme which forced landlords to break the law.

The law in question being the Deregulation act 2015. In light of the flawed process, It is reasonable to ask if this particular landlord felt able to sign up to such a dodgy scheme. We can only speculate. Will this individual appeal, and more importantly if he were to lodge an appeal would he prevail?

It’s is an absolutely valid point that such was the flawed nature of the process and the insistence on illegality, that the landlord simply could not proceed until he had assurances that the scheme was fully compliant.

One thing for sure This single pathetic prosecution proves what we have said all along. This farce should never have been imposed on the Great city that is Liverpool. We utterly refute the Local authority insistence, that Liverpool right across the board is a city of Low demand.

To listeners of BBC Radio 4 today, the Council rep attempting to defend the extortionate fees, compared to registration fees in Scotland, Wales and N Ireland tied himself up in knots portraying the scheme as fit for purpose. It was laughable listening to him justifying their scheme by referring to a Brothel and a drugs den. The Police deal with Drug crime not LCC.

Liverpool by introducing this nonsense, have spurred the Government to introduce legislation preventing any Local authority abusing the provisions of the Housing Act 2004, have created a situation where rents will inevitably rise, attempted to Criminalise Landlords, created an invasive inspection regime which will impinge on tenant’s privacy and finally Down graded the Entire city by claiming that it is an area of low demand.

They have however generated £15 Million revenue. I challenge Liverpool Councillors to debate with me again, on air on national Radio the merits of their scheme, unfortunately this debate will not take place as they know full well, that I will wipe the floor with their spurious arguments.

Is the convicted landlord a member of The Landlords Union (Property118)? He may be able to get fixed fee advice from Cotswold Barristers perhaps?

Do you know who it is, Larry? Will you be assisting them with the appeal. I just don't know how this nonsense can carry on.

Just as the Police (whom we accept wield much power) had it curbed somewhat by PACE after acting above their station in the 60s/70s/early-80s, so too now are local authorities getting a bit big for their boots and walking around as if THEY are the 'Sheriff of the town', yet with no power-curbing PACE equivalent. In fact, as a direct comparison, some Police powers have been handed to LAs for lower level problems but yet without the accountability. It is time local governments became transparent and properly culpable.

Hi Luke,
To answer your question, I personally do not know Mr Vance the Landlord in question but I would advise him to join Property 118 or make a contribution and seek urgent legal advise.
I would be happy to assist a fellow landlord any way I can and I also believe an appeal would succeed.
It is a matter for the Individual in question , and I am not privy to the exact details of the case, but as previously stated I do not understand how this Landlord could have been expected to sign up to illegal conditions which would have forced him to break the law.(Deregulation act).

You can practically shove anything through the Courts (justly or otherwise) if it's uncontested. Instead of waiting for a specific objection to be raised, the Courts should be tasked with ensuring what they're ruling on is in fact legally correct and accurate.

Hi, can anyone tell me where we are at the moment legally with regards to the Liverpool Landlord Licensing Scheme. I have my letting agent telling me that if i don't pay the £400 the Council will take me to court, please advise. Thanks Bryan.

Is a surcharge for couples possible for an HMO?