Renters will continue to be supported during the ongoing national lockdown restrictions, with an extension to the ban on bailiff evictions, Housing Secretary Robert Jenrick announced.

The ban on bailiff evictions, which was introduced at the start of the pandemic, has been extended for another 6 weeks until the 31st March with measures kept under review in line with the latest public health advice.

Exemptions remain in place for the most serious circumstances that cause the greatest strain on landlords as well as other residents and neighbours, such as illegal occupation, anti-social behaviour and arrears of 6 months’ rent or more.

Landlords are also required to give 6-month notice periods to tenants before starting possession proceedings, except in the most serious circumstances, meaning that most renters now served notice can stay in their homes until at least August 2021, with time to find alternative support or accommodation.

For those renters who require additional support, there is an existing £180 million of government funding for Discretionary Housing Payments for councils to distribute to support renters with housing costs.

Housing Secretary, Robert Jenrick said: “We have taken unprecedented action to support renters during the pandemic including introducing a six-month notice period and financial support to help those struggling to pay their rent.

“By extending the ban on the enforcement of evictions by bailiffs, in all but the most serious cases, we are ensuring renters remain protected during this difficult time.

“Our measures strike the right balance between protecting tenants and enabling landlords to exercise their right to justice.”

Court rules and procedures introduced in September to support both tenants and landlords will remain in place and regularly reviewed, with courts continuing to prioritise the most cases, such as those involving anti-social behaviour, illegal occupation and perpetrators of domestic abuse in the social sector.

The government has also launched a new free mediation pilot to support landlords and tenants to resolve disputes before a formal court hearing takes place. This will help tenants at an early stage of the possession process, mitigating the risk of tenants becoming homeless and helping to sustain tenancies where possible.

The government previously changed the law in England to ensure bailiffs do not enforce evictions for 6 weeks until 22 February. This has now been extended for a further 6 weeks until 31 March. This will be kept under review.

The only exceptions to this are for the most egregious cases – anti-social behaviour, illegal occupation, death of a tenant where the property is unoccupied, fraud, perpetrators of domestic abuse in social housing and rent arrears equivalent to at least 6 months’ rent.

Guidance to support landlords and tenants in the social and private rented sectors understand the possession action process and new rules within the court system in England and Wales is available.

I feel for the landlords the government has hung out to dry trying to keep defaulters happy .. the government relentless efforts to win the tenant vote has come at such a cost to landlords.

Landlords can take some solace from rising rents and better tenant selection as supply dries up .. but going forward homeowner working guarantors are just essential, any landlords renting with out a guarantor now must be mad the way government protect defaulters

The reality is that the Government is simply shifting the cost of housing from the public to the private sector. There is simply not enough social housing to deal with all the tenants with rent arrears when they are evicted but it will eventually have to deal with it. Check out the case of Trinity v Prescott in the High Court last week - £70,000 worth of arrears and a judgment for more than 6 months' arrears. The Court refused permission to issue a warrant because the claim was brought on s.21 rather than s.8 - grounds 8, 10 and 11. The landlord now has to wait until 1 April 2021 to enforce and it's not an April fools' joke...

No mention of LLs defaulting on mortgage payments when no rent comes in! I notice the government use the word 'guidance' a lot so is it law or not? Also, am I missing something - is it 6 months rent arrears then 6 months notice given = 12 months altogether before getting property back?

The reality is that the Government wants all small LL to fall / fail spectacularly so their cronies can pick up the distressed stock for nothing. I have seen that type of comments - very happy ones about LLs failure - in the Daily Telegraph. As a matter of fact not that different from the Guardian comments.
The hostility against PRS is unbelievable.
Blair's years were sooo fantastic for us.
Ha ha ha ha ha - Boris the Landlords' friend.... 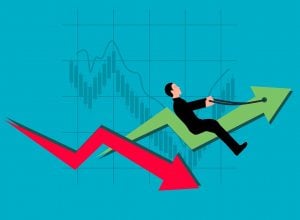 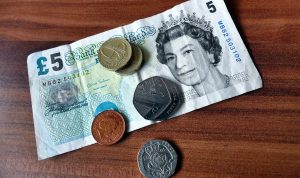 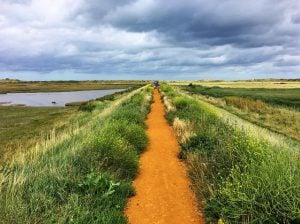 Short-term let over the winter to cover energy prices?