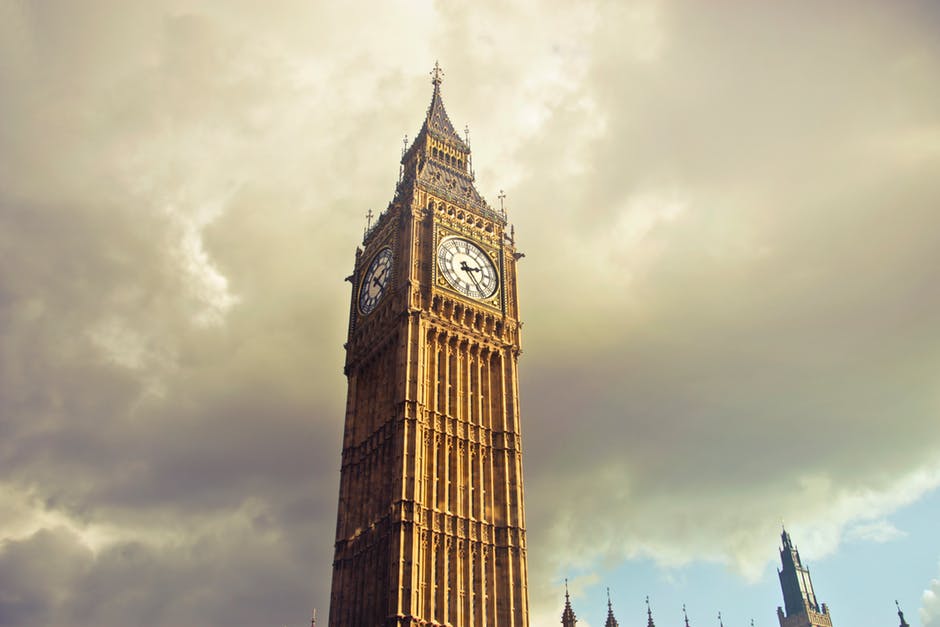 Is IPPR’s report “On borrowed time” pure fantasy or a cynical publicity stunt?

Whatever it was, the call for the Bank of England to freeze house prices for 5 years was lapped up by the Guardian and the Times.  For those like myself who had never heard of the IPPR, it describes itself thus: “IPPR is a registered charity and the UK’s pre-eminent progressive think tank”.  It is so confident of its pre-eminent status that it sees no need to say what the letters stand for until the very last page, after the footnote references.  It’s Institute for Public Policy Research.  The Times described it as a left-wing think tank.

The report, Click Here described as a discussion paper, was written by Grace Blakeley, who left university in 2014.  She wrote “We welcome responses.” The email address is info@ippr.org

The reason she calls for a freeze on house prices is not to help first-time buyers or any other owner-occupiers to buy a property.  It is to increase exports.

She states that our current account deficit is high, and this would normally cause a devaluation of the pound which would in turn enable our manufacturers to export more.  She asserts that this correction has failed to occur because the deficit is being offset by foreigners bringing capital into the UK to buy property, to buy companies and to buy equities.

She claims that if house prices were frozen for 5 years, foreigners would stop buying UK property and the pound would devalue and exports would rise.  It’s so obvious, isn’t it?  What could possibly stop such chain of events?.  Except that in the summary she states “There is evidence that the strong pound has now been ‘locked in’, and that UK manufacturers have limited capacity to take advantage of currency depreciations when they do happen.”

And in the body of the report she states that recent devaluations have failed to cure the deficit: “‘Dutch disease’ – a reference to the experience of the Netherlands after the discovery of natural gas in the 1950s – is a term used to describe the currency appreciation and consequent decline in international competiveness that arises from the strong performance of one particular sector in an economy relative to others.

“Dutch disease has manifested itself in the UK in two ways. Firstly, with a strong currency boosting purchasing power, the UK economy has become extremely reliant on imports for consumption, while our manufacturing exporters have found it more difficult to compete and retain a domestic market share (Jacobs etal 2017). This means that devaluation generates significant cost-push inﬂation, of the kind that the UK has experienced since the Brexit referendum (Springfordand Tilford 2016).

“Secondly, over time the strong pound has become ‘locked in’, as manufacturing sectors have developed a reliance on relatively cheap imported inputs. Path dependencies have now developed in UK manufacturing that make it harder for the sector to take advantage of currency depreciation when it does happen (Kitson and Michie 2014). This reduced capacity to benefit from exchange rate depreciations has been evident in the wake of the financial crisis. Between July 2007 and January 2009, the effective value of sterling declined over 25 per cent (ONS 2018). The pound dropped again when the UK voted to leave the European Union: since the vote, the value of sterling has fallen 25 per cent in effective terms (ibid). This precipitous decline has failed to lead to an improvement in the UK’s current account. In fact, it has catalysed an acute deterioration in the current account deficit, which peaked at 6 per cent of GDP in 2017. Since its low point, the current account has recovered somewhat, but statistics from the first quarter of 2018 show that the trade balance has started to deteriorate again (ONS 2018).” (emphasis added)

She also asserts that the financial service sector is too big and the manufacturing sector too small.  So she wants the former to be reduced and the latter increased.

“At the end of 2017, over one million people were employed in the UK’s finance sector – 3.2 per cent of UK employment – and financial services contributed £27.3 billion worth of tax revenues to the Exchequer in 2016/17”

The report is a little thin on the specifics.  She does not say what level of devaluation would induce say our foreign-controlled car manufacturers to invest in another production line of robots or even run another shift.

She does not say how many hundreds of thousands of people in financial services should lose their jobs, and consequently their homes.  Nor does she say whether they will be put into re-education camps or straight into temporary accommodation.

If they read this, the Labour-supporting founders of IPPR, Baron Hollick and Baron Eatwell, will get a warm feeling of nostalgia for their twenties.  They will remember Harold Wilson’s ineffectual National Board for Prices and Incomes from 1965 and his devaluation of the pound in 1967.

In those days we had a large manufacturing sector.  I regret its demise as much as anybody. It has been whittled down by strike-happy communist trade unionists, by successive recessions, by foreign competitors buying our companies in order to close our factories and sell our products to us from abroad, and by teaching Chinese communists to make our products in their country instead of ours and sell them back to us.

But hey, if house prices are frozen, all that will be reversed.  Won’t it?

You can watch her make her claims here : https://twitter.com/graceblakeley?lang=en

The use of sub-titles is highly recommended.

Strikingly in this clip, she blames the financial sector for driving up the value of sterling, not foreign buyers of UK property.  Was she a bit confused?  Probably not.  The overwhelming majority of the report deals with the financial sector.  In point 3 of the summary she blames it for keeping the pound high: “By pushing up the value of the pound, it makes it more difficult for the UK’s other exporting sectors to compete internationally, and increases manufacturers’ reliance on imported inputs.”

It appears in the first section of recommendations which is headed REGULATING THE FINANCIAL SECTOR, after four paragraphs about the regulation of financial institutions. To attract attention it is partly highlighted in bold text: “As such, we propose an overarching reform to macroprudential policy, both to counter systemic risk and limit house price inflation.  The Financial Policy Committee (FPC) of the Bank of England should be given an explicit house price inflation target, set by government. This would be analogous to the mandate the Monetary Policy Committee (MPC) has to control consumer price inflation. The aim of such a target would be to set property price expectations (a critical driver of house price inflation), reduce excessive debt, and reduce capital inflows by disincentivising property investment. The target could be set at (say) 0 per cent per annum nominal growth for an initial period – say five years – to bring the cycle of inflation and expectations under control, and then settle on a 2 per cent per annum nominal price inflation target; this would effectively mean holding house prices constant in real terms, given that the consumer price inflation target is also 2 per cent.”

But the author does not offer a means of how to do it, and leaves it to others to work that out.  “There is a risk that a target for house price inflation, tackled through macroprudential tools, could inadvertently increase inequality, by reducing access to credit for the poorest borrowers. To mitigate this risk, we recommend that the exact nature of the target, and the tools the FPC be given to achieve it, be determined jointly by the Bank of England and the Treasury, and be put out for consultation before being implemented.”

The Guardian wrote “The discussion paper, On Borrowed Time: Finance and the UK’s current account deficit, calls on the Bank of England’s financial policy committee, with the Treasury’s backing, to insist on higher initial deposits and stricter ceilings on loan to income ratios.”

I don’t know where the Guardian got this from – it is not in the report.  And it is not in her Twitter video.

At least the Times pointed out that borrowing against property had already been made harder, since the credit crunch, something which seems to have escaped Miss Blakeley’s notice.  It said: “The FPC has powers over both the residential mortgage lending market and the buy-to-let market. Since June last year the Bank has forced lenders to apply an interest rate stress test — a test of a borrower’s ability to weather increases in the mortgage rate — at three percentage points above the rate that will apply when an introductory offer ends.”

Readers are invited to choose whether the recommendation to freeze house prices in order to boost exports is pure fantasy, a cynical publicity stunt, or both by clicking below:

Reply to the comment left by Seething Landlord at 21/07/2018 - 09:29
Indeed !
I majored in mathematics but it was one of life's little mystery how I got passed the system. Perhaps - while I couldn't dazzle them with my brilliance, they were baffled by my bullshit. Haha.

Blown away with fantastic location of stunning investment properties

Rent A Room - your views