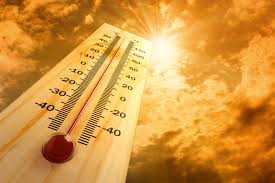 Landlords are investing in rental properties particularly in London, Birmingham and Bristol, according to research by Barclays bank.

The biggest jumps in BTL properties purchased has been seen in Plymouth, which ranked 212th in the Barclays ranking last year and is now 16th in 2015.

More businesses are flocking to the South West as a result of the £90 million investment pledge from the Government as part of their support for seaside towns.

Areas such as Slough in Greater London are continuing to do well, along with Bristol, Nottingham and Manchester which are popular university towns.

There has also been a notable increase in buy-to-let properties purchase in Birmingham which could be attributed to the HS2 train line to London, which is planned to begin construction in 2017.

The most common reason for purchasing a BTL property was to invest in the family’s future, including retirement and boosting payments towards university fees with three-quarters of UK buy-to-let homeowners choosing this answer following a survey by Barclays.

Only 9% of landlords are planning to sell their BTL property and only 23% would consider the idea, despite the upcoming cut to buy-to-let tax relief, according to the survey.

A spokesperson for Discount Insurance said: “The research by Barclays reveals that despite impending BTL tax relief cuts, there has not been a significant impact on the BTL market and instead, it appears to be healthy, with further growth in certain areas of the UK.”

“It is even more important now that landlords protect their properties and income following cuts to wear and tear allowances by getting specialist landlord insurance,” added the spokesperson.

BTL landlords in Bradford and Glasgow, lead the way with an average of 8 properties being owned per person as it is revealed that more than 75% of BTL property owners own more than one property.

BTL owners prefer to be their own letting agents with 52% choosing to manage their own properties, reveals the research.

Ex-council flats are increasing in popularity, with 52% of London BTL owners purchasing this type of property, however the traditional house is still the most popular property to buy.

The main attractions for BTL investors include strong transport links, capital growth prospects and good structural conditions. Inside the property, one of the things considered most important is very little work with regards to renovation and maintenance being required.