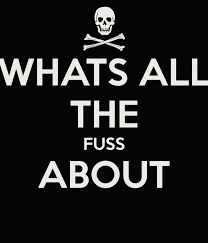 Why all the fuss about Clause 24?

Clause 24 restricts finance cost relief for individual landlords and was proposed by George Osborne in his Summer Budget on 8 July. Companies are not affected, nor are the wealthiest landlords with no mortgage debt.

Landlords are currently able to offset all their finance interest against their rental income, before calculating their rent profits and therefore their tax bill. This is quite normal in business as the general taxation principle is that tax is applied on profit.

The Government proposes to break this normal taxation practice and require landlords to pay tax on part of their turnover. By the year 2021, it will still be possible to get a deduction for finance interest, but the amount will be capped at 20%. This is a big change because in most cases, finance costs will be the landlord’s largest cost. No other business is taxed in this way. No other business is taxed on interest on loans taken out to buy assets that generate taxable income.

Soon after the proposal was announced, landlords began to campaign against the tax change and launched a petition to have the plan scrapped. To date, over 46,000 have signed.
Landlords wrote to their MPs but few showed any interest in the issue.

Individual landlords and other concerned organisations sent submissions to the Finance Committee for consideration when the Finance Bill was being scrutinised. The committee debated Clause 24 for less than 15 minutes and no amendments were tabled by MPs. It was obvious from the short debate that MPs had not read the submissions, nor grasped the issue and the problems that would result from this legislation.

Despite the protests from landlords, The Finance Bill received Royal Assent on 18 November and the restriction on finance cost relief will be introduced gradually from April 2017. However, that is not the end of the story. Many landlords remain concerned about the tax change as their businesses are under threat. On Boxing Day, a campaign was launched by Steve Bolton and Chris Cooper to raise funding for a Judicial Review of the Government decision.

Judicial Review is a type of court proceeding in which a judge reviews the lawfulness of a decision. Permission from the court must be obtained before substantive judicial review proceedings can be commenced. Permission will only be granted where the judge things there is an arguable case.

The Funding target for the Judicial Review is currently set at £50,000. Over £39,000 has been raised in the first 4 days of the campaign. This is good progress but more donations are required.

For the Judicial Review to be successful, it will need to be shown that the legislative changes unlawfully breach human rights and/or European Union law.

Specialist legal advisors have been instructed to prepare a detailed legal opinion setting out the case for legal challenge in the courts.

Why is this important?

There is high demand for private sector rented accommodation in the UK. The sector plugs the gap for those who can’t afford to buy (or choose not to buy) and for those who are not able to access social housing. It is likely that the supply of private rented housing will diminish as a direct result of Clause 24.

The tax change has very serious consequences for the private rented sector. Some landlords could face a tax bill even if their buy to let property makes a loss; some could pay tax equal to 100% of their actual rental profit; many lower rate tax payers will move into the higher rate tax bracket as a result of the change. Existing sustainable rental businesses will become unsustainable over the next few years.

The knock on consequences for the housing market are alarming. Some landlords are already passing on costs by raising rents; others are considering selling properties to reduce debt and risk. Unfortunately, some tenants will be evicted and could be made homeless.

What can you do?

Make a donation to the fund raising campaign and keep spreading the word about how bad this buy to let tax grab will be for the economy and for the housing market in particular.

Finance for limited company to BTL in Scotland