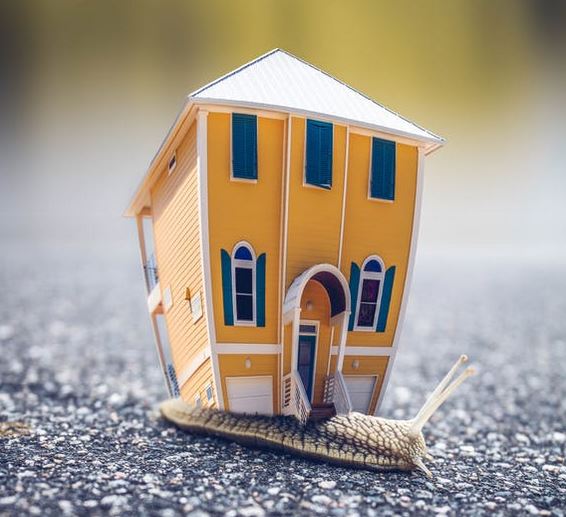 Estate agents are seeing a surge in inquiries about downsizing from retired homeowners with 1.4 million over-65s saying they will consider downsizing in the next five years.  However, estate agents warn that these houses are often harder to sell because they need a lot of work, according to new research from the UK’s leading independent equity release advisor, Key.

Its nationwide survey found more than two out of five (44%) estate agents have seen a rise in inquiries from over-65s homeowners looking to downsize in the past year with the need to save money (80%) the biggest reason for selling followed by the desire for a more manageable home (78%).

For those downsizers who do manage to sell their properties, estate agents estimate that they manage to release on average £46,000 – in addition to reducing their household bills. However, estate agents say that around one in three (32%) of downsizers have given up on selling in the past two years.

Estate agents point to major barriers to selling which include, – for two out of three (66%) that décor can be dated while 56% say homes are often in a poor state of repair.

Would-be downsizers often have unrealistic expectations of how much they will make from the sale – 63% of estate agents say sellers expect higher prices for their home than they are likely to receive.

And downsizers also run into problems with finding suitable homes to move to. Around 77% of estate agents believe there is a shortage of homes for retired people to move to while 80% say there is a lack of homes suitable for those who are less mobile.

Dean Mirfin, Chief Product Officer at Key said: “There are substantial financial gains to be made from downsizing but estate agents suggest that it is unfortunately not the quick and straightforward process that many think with one in three downsizers giving up on sales in the past two years.

“Sales can take longer than expected because pensioners’ homes are not to the taste of some buyers or need major repairs. It may make financial sense for sellers hoping to make money to invest in home improvements before putting their houses on the market but with some looking to make money by downsizing, they may simple not have access to the cash

“Arguably, the bigger issue is that there is a shortage of suitable homes for sale for retired people. In turn that has a knock-on effect as retired homeowners don’t sell which reduces options for younger buyers.

“For those electing or wanting to stay in their homes equity release is proving a viable solution for adapting and maintaining their homes. 63% of those releasing equity from their homes in the first half of this year did so for home and garden improvements, typically involving major projects such as new kitchens and bathrooms as well as garden landscaping. At the same time having an eye on the future in terms of making the home more manageable.

“What is clearly evident from this research is the fact that when we consider the reasons why older homeowners look to downsize, it is not always necessary and that there are other options which they can consider whilst remaining in their homes.”

The table below shows the main reasons for downsizing that clients tell estate agents.

The equity release market is expanding rapidly and enabling retired homeowners to cash in more than £3 billion of property wealth a year and stay in their houses with customers releasing an average £77,380 of property wealth rising to nearly £134,000 in London and £91,000 in the South East.

Interesting. I'm looking to relocate primary residence, and would prefer a house in need of updating. It would be cheaper, and I could choose the bathroom/kitchen/decor/etc., as opposed to having to grudgingly pay for the recent hasty improvements done to improve its sale prospects.

I remember spending 20k on my house to bring a tired old 80s decor to modern . I sold it months after. My neighbour, identical layout, did nothing to theirs and sold just 10k less than mine. Reason is buyer had a mortgage affordability limit so neighbours house just in their range and not mine.
Therefore don't assume updating will bring dividends on resale.

Which Commercial lenders are hungry for business?