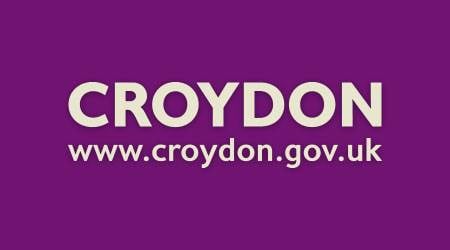 I attended the Croydon Landlord Licencing Forum on 21 October 2019 and below are my notes in case anyone is interested.

Despite the fact that the SL consultation has started, we have two licences in the borough and I registered to be consulted, I have received no information from the council at all.

Slides regarding proposed new borough-wide licencing scheme from 2020:
Designation of a selective licensing area under the Housing Act 2004 a Local Authority must consider the area:
1. Suffers from low housing demand
2. The area is experiencing a significant and persistent problem caused by ASB.
3. Has poor property conditions and LA considers a significant number of PRS need to be inspected
4. High migration into the borough
5. High level of deprivation when compared to other similar neighbourhoods in the LA area or within the region
6. High levels of crime when compared to other areas and the area has displayed a recent increase in crime
Where the proposed designation covers either 20%of the total geographic area of the authority or 20% of the total privately rented stock, the designation requires Government approval.

The Process:
Complete a review of the Borough to identify the problems. Consider the options. Identify the solutions. Build from Croydon Private Rented Property Licensing 2015 which is in operation.
Identify the conditions relevant to the Borough and one or a number of proposed licensing scheme designations. Build up a statistical evidence base.
Seek Croydon Cabinet approval for a consultation exercise based on a number of options.
Consultation – should look at the problem, the options, the options for a scheme and how these would impact on those affected.
Review the consultation responses. Make a decision about the best way forward: CPRPL or other.
Application to the Government – if the consultation leads to the CPRPL scheme being the best option an application must be made to MCHLG.

CPRPOL 2020 Consultation: If approved at Cabinet on October21st (which it was), the proposed dates are from Monday 11th November 2019 to Monday 17th February 2020. (We were asked to register at the event if we want to be involved, which I did).

*NG-L said the discount was for early bird applications. I don’t understand what they mean by “First tenancy discount” as surely that’s the more time-consuming process and it should be discounted for subsequent discounts.
When asked, he indicated that they may consider offering a discount to those with properties in the same block.
I asked NG-L if ALL licence holders will receive details of the consultation and he confirmed that all registered LLs will receive an email about it (though I know some registered LLs don’t get these emails).
– I asked NG-L where their stats are published for the initial justification of the scheme but he didn’t know, other than that an outline had been published on the CPRPL Guide.
– He was asked what the stats are for Social Housing hazards but he didn’t know.

Karen Gregory NLA:
– NLA RLA merger confirmed at AGM 17 Sept.
– Combined membership 80,000
– Will be largest organisation in the PRS
– Members will own and manage half a million properties, about 10% of the PRS
– Offices in London, Manchester & Cardiff
– Aims to go live from 1 January 2020
– New Chief Exec Ben Beadle

Section 21 Consultation Proposals:
– Domestic violence ground to be made available to private LLs
– Strengthens ground 13 for LLs if tenants routinely refuse access to the property for repairs and safety checks
– Proposes introducing accelerated process for possession for mandatory grounds
– Consultation did not ask about court reforms, but indicates ongoing work on the issue.

http://news.croydon.gov.uk/consultation-on-landlord-licensing-renewal/
Consultation includes three options – a scheme covering 92% of the private rented sector in Croydon; a borough-wide scheme; or one that focuses on property conditions in 22 Croydon wards, and anti-social behaviour in the remaining six.

I'm also a landlord in Croydon, so thanks very much for the update.

Labour Manifesto - Attack on the PRS