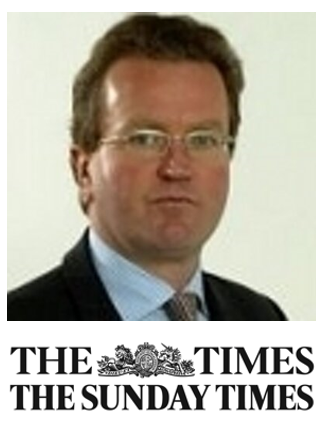 Open Letter to Ian Cowie of The Sunday Times

I am the leader of the Conservatives on my local authority who has never had a reason to doubt the Conservative leaders in 33 years of membership. Now though, I seem to be living in some alternate reality as the group I have been supportive of my entire life and dedicated endless and incalculable hours of time to, seeks to take my 20-year, full-time business, profitable and provider of employment as it is, and deliberately and wilfully send it and 27 reliant families into potential ruination.

I know you are aware of Section 24 of the 2015 Finance Act, as you were clearly taken in by the unsupported and meaningless sophistry being put about by the government at the time, and since.

Luckily, many journalists across the board are slowly cottoning on to the fact that removing finance as a legitimate cost of doing business is ludicrous, a daft tax on fictitious income that even the hard left have joked about as the ultimate way to destroy investment in housing. Very few businesses indeed would survive under the circumstances, and the public outcry would reverberate for years if any other business was thus affected.

Surprisingly, the Sunday Times, through you, inconceivably supported this and reiterated the flimsy PR deceptions being peddled by The Treasury. But thankfully, The Times has a clearer understanding and Martina Lees, and today four Lords lead by Lord Flight, have firmly rebuffed the idea that Section 24 is a good, workable idea. One look at how similar schemes have spectacularly failed elsewhere should have been enough for the policy advisers to suggest avoiding this like the plague, although how anyone calling themselves a Conservative could have adopted it in the first place is a mystery. It’s an envious, short-sighted, hard-left tax-grab and no one of any intelligence would even try it.

Osborne is a fool, an imposter to Conservatism who is being led by utterly fallacious arguments created by equally unknowing and ill-informed individuals who have some axe to grind with private renting. The question has to be, where are their facts? None seem to exist and the Treasury aren’t keen to expand on where they get theirs. Even HMRC have had trouble explaining it and even got their own calculations wrong originally! Conversations with senior staff reveal that they’re not entirely comfortable with tax rates in excess of 100% and infinite tax rates, mathematically, as you will now even be taxed on a loss!

Osborne’s blindness to the stupidity of this has seen many MPs, several more Lords, and a raft of grassroots supporters moving against him. The IFS, – the one whose opinions Cameron so respects, apparently – IEA, ICAEW, LSE, various universities, Prof. Philip Booth, Prof. Michael Ball at Oxford, Core Policy, ARLA, and of course the NLA, RLA, SAL, ELA and others all say this will have a devastating effect on the sector and that the government has been completely misled in following the stereotypical assumptions made by the public. Rent rises and evictions have started and look set to grow to unprecedented proportions over the next four years. Where will these people go? Why should they suffer greater costs due to government stupidity? Councils certainly won’t be helping.

We can clearly see the government’s stated aim of helping first time buyers onto the ladder is a lie. One of the reasons landlords tend to hold property is the effect that CGT has on the returns by selling. With no taper relief anymore, the effect of CGT is magnified by any inflation over the period. The government were lobbied regularly to lower CGT, even – if they wished – lower CGT ONLY if a landlord was selling to a FTB. This way landlords could not only seek out FTBs to sell to, but they could afford to offer them a better price into the bargain. Yet what did the govt do? Lowered CGT for everyone EXCEPT landlords, neatly ensuring that selling to FTBs won’t happen but that the tax grab will be maximised once the landlord is forced to sell under Section 24! Incredible.

Since the overwhelming opinion from the aforementioned bodies is that the government – on no evidence at all – has got this badly wrong, will you now see this for what it is: government spin masquerading as serious research to cover for a transparently unworkable policy?

It would be nice to think you of all people could see the truth behind the sophistry.

An interesting read for all #Landlords as it neatly dispels Treasury led sophistry https://t.co/wQzM04uqYD

Excellent letter, Jamie. I wrote to Ian Cowie last week asking if his incredible anti-landlord outburst following the budget, applauding Section 24 when for years he had encouraged people into BTL, was an anomaly, and if he had now reverted to his earlier stance. Still awaiting my reply.

When he replied to me around December to an earlier letter, instead of answering my arguments he made a silly attempt to get me for not being politically correct, because in a letter to his editors after his initial lack of response I suggested that what he had done was like shepherding people into a room and then turning a machine gun on them. He tried to tell me off for being insensitive about the terrorist attack in France!

And yesterday I received an email from Campbell Robb at Shelter and he did a similar thing - not answering any of my arguments but talking about something else instead. This also happened with another senior finance journalist yesterday - I used to have a high respect for journalists, but I don't anymore. A few stand out for being rational and not making things personal, not letting their hatred for one group of people (us) rule their minds - like Richard Dyson and Simon Jenkins for example and there must be quite a few more; but some are really showing themselves up.

Let's see if Ian Cowie is big enough to admit he was wrong.

Excellent letter, James. Will they publish it do you know? have you sent a copy to your party?

Landlords raise over £30,000 via Crowdfunder in just 5 days