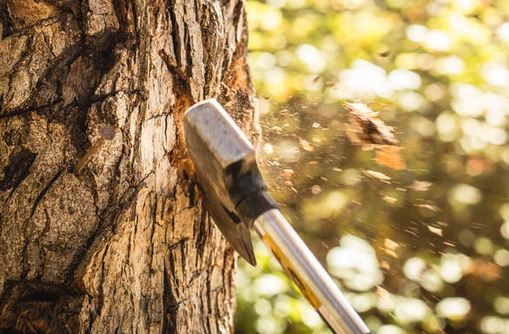 Comparethemarket.com commissioned a poll by Populus between 6-10 September 2018 based on only 1,000 UK adults who are also renters. It is not clear how the demographic of renters is made up and how they were contacted in the Press release.

Calculated conclusions were then extrapolated using data from the English Housing Survey from the Ministry of Housing, Communities and Local Government.

This has been reported widely even including the PRS press and the release states:

“Over 1.5 million renters across the UK could be at risk of losing their deposits after new research from Compare the Market reveals that one third (33%) of renters know that their landlord has not placed their money into a Government-backed deposit protection scheme (DPS). Despite the legal obligation which requires landlords to put deposits into schemes such as the DPS, polling also shows that a further third (35%) of renters do not know the whereabouts of their down payment.”

If over a third of renters do not know where there deposit is protected despite being handed the Prescribed Information how can you be sure the 33% “know” that their deposit is not protected or even know about DPS?

“For some landlords, the misdemeanours go beyond a lack of deposit management. One fifth (19%) of tenants claim that they do not have a contract with their landlord, leaving a significant minority of renters, and landlords, in a risky position should any serious legal issues arise.”

How many renters know that their fixed term agreement rolls into a Statutory Periodic Tenancy?

Research also reveals that it has become commonplace for landlords to deduct money from tenants’ deposits, as almost one fifth (18%) claim to have had money taken from their deposit when leaving a property.

18% seems reasonable? How many Landlords are left with arrears or damage far more expensive than the deposit amount taken?

“Research suggests that some landlords can be slow to respond to renter requests, with almost one third (30%) reporting that they need to chase their landlord when a problem requires fixing. A further one in ten (12%) claim that they have to make repeated efforts before receiving a response. Almost one in ten (9%) tenants say that it can take between a fortnight and a month for an issue at their property to be resolved. However, in these cases the landlord is not always at fault, as barriers to access could account for some of these problems, as over one in ten (14%) renters must go through their letting agency in order to contact their landlord.”

Statistically these figures seem quite low if you consider the complexities of arranging access to a property, finding the correct trades man, parts and availability.

“Nonetheless, disengagement with responsibilities seems to affect both landlords and tenants, as research reveals renters to be a worryingly underinsured demographic. Over one third (36%) do not have contents insurance policies in place which offer protection against burglaries theft and damage

Younger people are the least likely to take out any insurance, with almost half (46%) of 18-34 year olds failing to take out a contents insurance policy. Over one third (35%) of 18-24 year olds admit to not knowing who is responsible for taking out their contents insurance policy and over one in ten (11%) of those questioned, admitted to not reading their contract thoroughly.”

How does anyone not think protecting your contents is good idea? “disengagement with responsibilities“

There are and will be a small percentage of less responsible landlords, but these statistics are far too crudely compiled to leave such a damning conclusion of landlords.