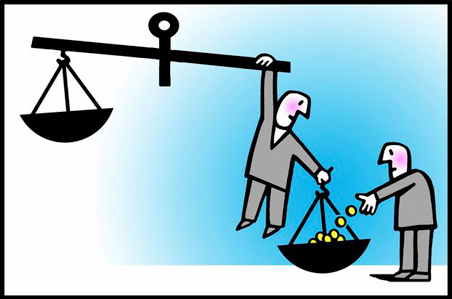 Submission to the Public Committee on the Finance Bill: regarding ‘restricting deductions for finance costs related to residential property’ announced in the Summer Budget.

I have been a landlord for 13 years and have built up a medium sized portfolio consisting of family lets and HMO’s, some of them I own myself and some jointly with my wife. I think it relevant to note that I do not believe that any of my properties fall into the ‘first time buyer’ category. I consider myself to be a good landlord with some very long-term tenants in both types of properties. Most of the tenants are private but I do have vulnerable elderly people and also a single mother of 5 on benefits.

I work full time in the property business. My wife has a salaried job.

I am appalled by the proposal to restrict the mortgage interest relief for private landlords. I have worked very hard to build up our business and feel I am being highly penalised when other sole traders are not being subjected to the same restrictions on monies they borrow for their businesses.

We are not rich people and this tax change will have a very negative impact upon us.

2. Summary of this submission:

The decision to no longer allow landlords to offset all of the finance costs of running their business is iniquitous and unfair. It will lead to businesses which have been viable for many years becoming unsustainable. There has been much misinformation about this, not least in how it was presented by the Chancellor in his speech on the Summer Budget and also in the policy guidance HMRC has published in relation to it. This submission is meant to supplement several of the other submissions to the Committee, and contains critical information on the devastating impact the decision will have if it is not reversed. I urge you to read the examples I will present below so that the Committee can see the range of people affected by this – and when landlords fail, tenants will suffer. A close examination of how the decision will work in practice, based on the models given by Megan Shaw at HMRC demonstrates how the measure introduces the dangerous precedent of taxing non-existent ‘profits.’ This contravenes a fundamental principle of taxation, namely that you tax where there is a capacity and ability to pay.

John Smith has a full time job earning £55,000 per annum. He is a 40% rate tax payer and has a buy to let landlord portfolio comprising 20 properties. He started investing in property 10 years ago.

John is in a quandary. He has heard about the budget proposal to change the way that landlords are taxed. His rental income is currently £100,000, his mortgage costs are £40,000 and his other legitimate business costs are £40,000, leaving him with a gross rental profit of £20,000. John currently pays 4% interest on his £1M borrowings. He pays £8,000 tax on his rental profit, leaving a net profit of £12,000 after tax which he currently uses to fund his children going to university. Later in life, he plans to use his rental profit to supplement his pension.

John has calculated how much additional tax he would pay when the new tax system is introduced. He has worked out that the tax bill on his gross rental profits of £20,000 would rise from £8,000 to £19,000, leaving him with a net profit after tax of only £1,000. This is not much reward for the investment he has made in his property business and for the services he provides for the tenants in his 20 properties. His effective rate of tax on his gross rental profit is 95%.

John is aware that interest rates are likely to go up soon. He has calculated that a 1% increase in interest rates would reduce his gross profit to £10,000. Under the new tax system, the amount of tax John would pay would exceed his gross profit so he would be operating his portfolio at a loss. His once profitable property business would no longer be sustainable.

John knows that if he sells some or all of his properties he will face a significant capital gains tax bill because unlike homeowners, landlords are taxed on capital gains when they sell.

· Give up, and sell his property portfolio now

· Put up rents to help him pay his higher tax bill

John knows if he does nothing, and interest rates go up, there is a risk that he will not be able to pay his tax bill and mortgage costs and that his lenders may call in his loans and he could be declared bankrupt.

John & Julie are married and together run a sizeable rental property business. They have not run this through a limited company due to the difficulty of obtaining finance for purchases with limited company status.

John and Julie spend 70 hours a week running the business between them and their cash return is modest. This is because they have ploughed most of their returns into building the portfolio and taken risks to allow them to grow their business. The current business model is now unsustainable as a result of the budget tax changes as their tax bill exceeds their rea l rental profits. (T heir net rental profit is really £50,000 and their tax bill is £77,800)

Every increase in interest rates will exacerbate the position John and Julie will find themselves in. It is, for them, a catastrophic scenario.

Susan is a landlord with 16 properties. She is entirely dependent on her rental income and has no other employment.

Impact of the tax change: this moves somebody from the 20% tax band to the 40% tax band.

The tax payable by Susan would increase from £6,603 to £15,603 as a resul t of the proposed budget change. (T his is before interest rate rises which will lead to a further deterioration in the viability of her business . )

These figures are very realistic and commonplace for professional portfolio landlords, and demonstrates what will happen to a large number of landlords and an even much larger number of households.

This is an example based on the information received by Megan Shaw at HMRC .

1. A 20% tax rate payer who rents out only one property is hereby pushed into the 40% band with the new proposals .

5. The tax liability completely wipes out the profit and leaves a further liability of £840.

7. This simple model is no longer viable, the landlord must sell up, pay down borrowings or increase rent.

These figure s are very realistic and commonplace for individual l andlords, so this example demonstrates what will happen to a la rge number of landlords .

Under the current system this landlord would have remained a basic rate taxpayer even w ith two properti es. Under the proposed system they will very much be a higher rate taxpayer.

Explanatory note: After April 2020 (when the restriction will be fully implemented) landlords who incur interest (and other associated finance costs) on residential properties that they let out will need to calc ulate their tax differently. They will no longer be ab le to deduct interest from their rental income to arrive at their taxable profits; they will inste ad receive a reduction from their income tax liability equivalent to 20% of those inte rest costs. If that means they becom e a higher rate taxpayer (or they were anyway) then they will have to pay more tax as a result of this change.

These case studies demonstrate the precarious position into which portfolio landlords in particular will fall and the human cost to landlords and tenants cannot be underestimated. The Government needs to conduct extensive and serious research into the number of properties and households which this policy will adversely affect before it concludes if the proposal should be implemented in its current form. I strongly believe that if the proposal is implemented in its current form it will have severe adverse consequences for many landlords and tenants , for the private housing sector and the economy in general . 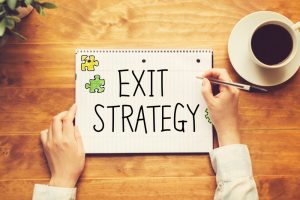 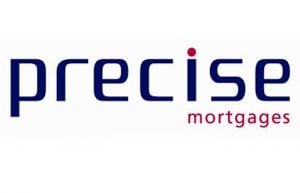 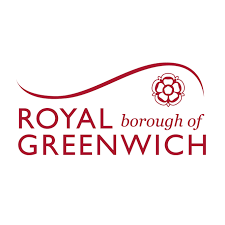