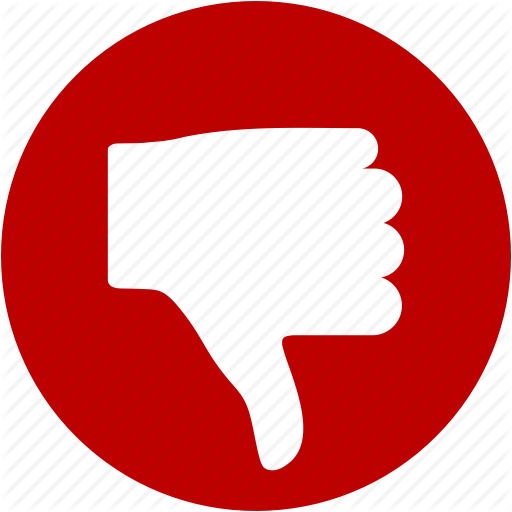 George Osborne has indicated that he intends to limit the interest on mortgage interest relief to 20%. These are some of the reasons why this is wrong:

1. It is completely wrong, as has been said by top economists from the Institute of Fiscal Studies, Policy Exchange and the Institute of Economic Affairs. Professor Phillip Booth from the IEA says that to tax a profit you first have to give relief on any borrowings needed to generate it.

2. Paul Johnson from the IFS has said “The Budget red book states that this means that “the current tax system supports landlords over and above ordinary homeowners” and that it “puts investing in a rental property at an advantage”. This line of argument is plain wrong. Rental property is taxed more heavily than owner occupied property. There is a big problem in the property market making it difficult for young people to buy, and pushing up rents. The problem is a lack of supply. This change will not solve that problem”. So you can see that top economists are against the change and it will not help housing supply.

3. It is a retrospective tax, and as such is completely unfair.

4. It is a tax based on turnover, not net profit which is not only unfair but will be a tax when there is no profit or even when there is a loss. In some cases this will lead to landlord bankruptcies which are inescapable and not the fault in any way of the LL.

5. It is a tax that will not actually tax the ‘wealthiest’ LL’s which it is said to be aimed at.

6. It will undoubtedly force up rents and we really don’t want that. It will also lead to evictions and we don’t’ want that either.

7. It is completely at odds with the basic business principle of PROFIT = INCOME – COSTS. Therefore nobody can be sure what industry may be hit next with this absurd mechanism. That is very bad for the economy in general as you need a stable tax regime for people (businesses) to plan.

8. Mortgage interest is a cost of doing business and is therefore an expense. Pure and simple.

9. It will lead to lack of investment in the property market as was the case when rents and tenancies were so heavily controlled. This will not help the house builders.

10. The Conservative party got a huge amount of votes from LL’s which they would not have done had they declared this policy.

11. Over 55’s were given access to their pensions and 60,000 withdrew money to some extent or other and a total of £1.8bn was taken within the first 100 days. The Chancellor taxed it on the way out and he would have known that a great deal of that money would have gone into BTL property, yet he’s stuffed people with this new tax change, unannounced before the pension reforms. That is pension robbing and a despicable, deceitful and duplicitous crime.

12. One person holding a property will be subject to the tax, but if the same person had the same property in a company then he would not, and yes I am aware to the changes in company taxation.

13. There was no consultation with the industry, which is a very poor show. Had there been I believe we would have seen a very different format of penalty. Indeed I still think that we will but it’s a question of how much damage there is before we get to that stage.

14. I believe the figure of 1 in 5 LL’s that the BoE say will be affected is extremely inaccurate and was based on a model they use. How have they made such a model?

15. Whilst they have ‘modelled’ 1 in 5 landlords being affected they have made no calculation for the number of properties that will be hit.

17. This does not address the issue people refer to in terms of first time buyers being ‘pushed’ out of the market. It does nothing to help them at all because rents will be driven up and they’ll have to save longer.

18. The real issue is due to a lack of real housing strategy by a series of our Governments coupled with almost unchecked immigration. That is not the fault of landlords, it is the fault of Government.

19. Because there has been no real build strategy Councils have had to rely on the PRS to supply housing to HB tenants, which frankly, brings enough problems as it is. This again is not the way to treat a sector that Government has relied upon to do something they couldn’t or wouldn’t do.

20. This tax will weaken confidence for overseas investors in many areas. If they cannot trust the tax regime the UK may well be too risky for them.

21. If we’re to have a level playing field between landlords and owner occupiers then let’s have CGT removed from BTL properties. Let’s also have the rent-a-room allowance on our first £4,250 of income, soon to be increased to £7,500.

22. Housing is not the passive investment that Government thinks it is. Like in any business there are good times and bad times but it can be very hard work.

23. Government likes to make the comparison of property investment being similar to buying shares. People buying shares through ISA’s or using spread betting as a secondary income are not subject to income tax. Property income is already taxed.

24. As a member of the EU, our tax policies should be in line with other members. We would be the only country to tax property investment in this manner in Europe and indeed in the group of G7 countries.

25. There is evidence from Australia and Ireland to suggest that rent rises will be inevitable if property investors are taxed higher.

26. Government says that it is acting in response to the Bank of England’s statement over concern of BTL when mortgage rates rise and this could cause instability in the market place. Lenders already take rate rises into their calculations when assessing suitability of a mortgage. This tax change is far more likely to cause the instability the Chancellor says he wants to avoid.

27. Government is under immense pressure to take a large amount of refugees. Where will these people be housed? How is it sensible to mount an attack on the PRS when it is going to be needed more than ever?

28. Government has stated that there is not likely to be any effect on other sectors of industry but is unable to prove their reasoning despite Freedom of Information requests.

29. By stealing people’s pensions through tax, Government is exacerbating the ticking pension time bomb and will amplify pensioner poverty in years to come. This will in turn put extra pressure on support services to help those people.

30. By taxing landlords more heavily, they will in many cases be unable to meet their duties towards maintenance of their properties, something which good landlords, local councils and charities have been working to resolve for many years.

31 Successive Governments have sold off council houses thus reducing the supply of rented housing for people on lower income and benefits. BTL investors have filled this void in part. BTL investors are not to blame for the housing crisis, it is the fault of Governments over many years.

32. It does not conform to the ten tenets laid down in the House of Commons Treasury Committee’s Principles of Tax Policy and specifically No’s 3,4,5,6,7 & 9.

The Sky Gardens Manchester Buy to Let - a trophy development

Buying a property adjoined to a womens refuge