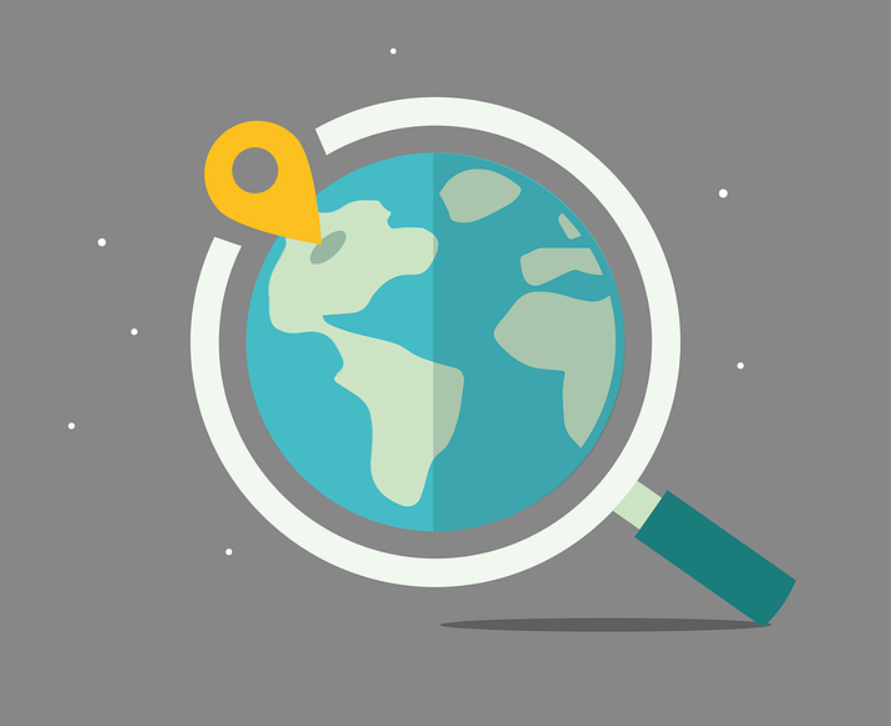 11% of all homes let by overseas landlords

The proportion of homes in Great Britain let by overseas based landlords rose to 11% during the first 10 months of 2019, up from 7% (a record low) during the same period last year. This is the first year-on-year increase since our records began in 2010 when 14% of homes were let by non-UK based landlords.

The increase was mainly driven by areas in the South, with the East of England and London recording the biggest rise in the proportion of homes let by overseas landlords. The proportion of homes let by non-UK based investors in London and the East rose 8% year-on-year. The South East and the North East followed, both recording a 7% year-on-year rise. 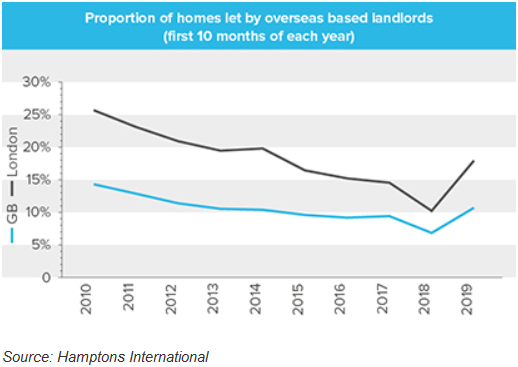 The depreciation of sterling is one of the main reasons why the proportion of homes let by overseas based landlords has risen, meaning it is now cheaper for international buyers to purchase a home in Great Britain than it was a few years ago. In many cases, the pound’s depreciation more than pays for the additional 3% stamp duty surcharge payable on second home purchases. 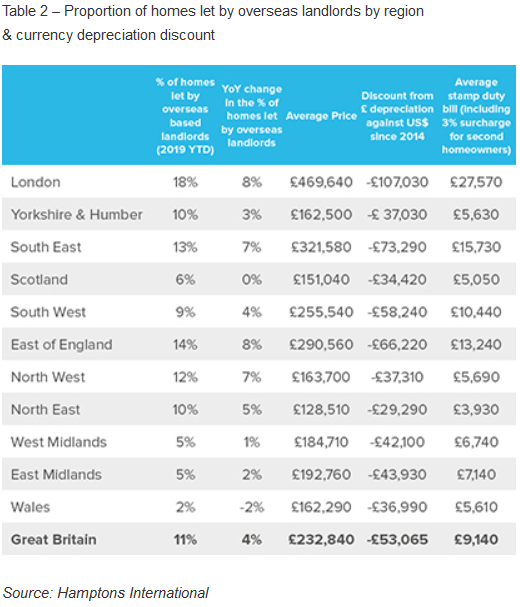 Western Europeans still made up the largest group of overseas landlords, with one in three (33%) based there so far this year. However, since 2014, North American landlords have increased the most. The proportion of homes let by international landlords based in North America has risen to 14% so far this year, 1.9% higher than in 2014. Landlords based in Eastern Europe, Africa and Oceania also recorded increases. Meanwhile the proportion of overseas landlords from the Middle East fell the most since 2014. Middle Eastern investors made up 9% of all overseas based landlords in Great Britain, 2.4% fewer than in 2014. 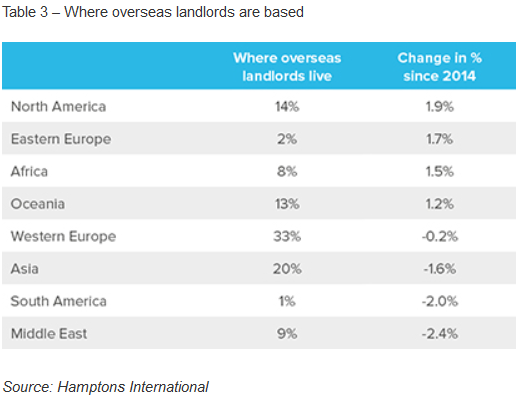 The average rent of a newly let property in Great Britain rose to £999pcm in October 2019, 2.2% higher than the same period last year. Rising rents in the South drove rental growth – average rents increased 3.9% in the South East, 3.8% in the East and 3.0% in the South West. London lagged slightly behind, with the average rent rising to £1,763 pcm, up 2.8% year-on-year. Meanwhile the North was the only region to record falling rents (-0.6%), the first annual fall since May 2018. 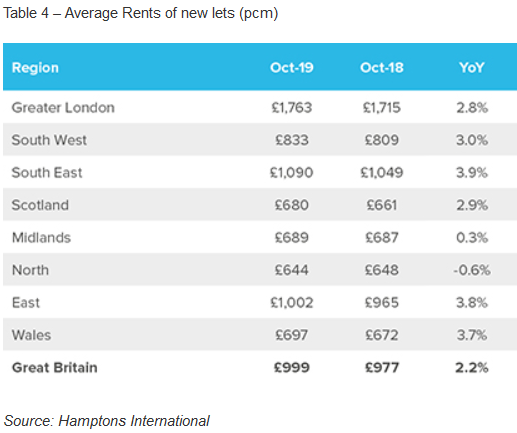 “The proportion of homes let by overseas based landlords rose for the first time in more than nine years. The East and London recorded the biggest increases.

“Sterling’s depreciation has made investment property in Great Britain more attractive to international investors. The average home cost 23% or £53,065 less than in 2014 for a US dollar buyer, solely due to the currency changes

I seem to recall that approximately 23% of UK residential properties are rented.

Therefore this article is suggesting that approximately half the PRS is owned by overseas landlords.

Safeagent manifesto calls for streamlining not scrapping of licensing