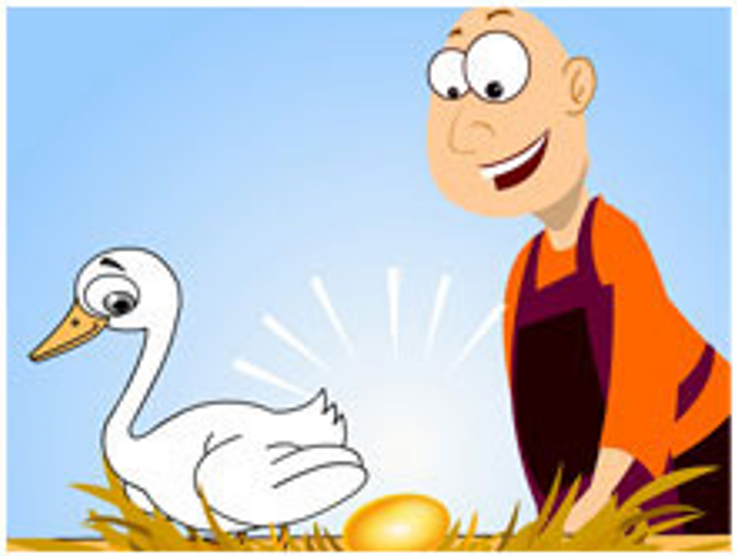 Why sell the geese that lay the golden eggs?

After implementing the strategies recommended by our Property118 Tax Consultant my husband and I were asked to leave a Testimonial comment. However, just a few short sentences were not enough for me, so I have decided to submit this Readers Question instead. First though, I think a bit of background is in order.

When we learned how much tax we had to pay last year we quickly arrived at the conclusion that BTL was no longer viable for us and we had decided to sell up. However, our Accountants then explained how much Capital Gains Tax we would pay as a result of doing that and it seemed we were caught between the Devil and the deep blue sea.

A friend then introduced us to Property118 and we read about their fixed fee Tax Planning Consultations. I was sceptical at first, because if our Accountant couldn’t help us then how could anybody else?  Nevertheless, we decided to book the Consultation after reading that it came with a guarantee of total satisfaction or a full refund, which is something else I might ordinarily have been sceptical about … 20+ years as a landlord tends to have that effect. However, Property118 had come highly recommended by a trusted friend so we decided to take the plunge into the unknown deep blue sea. As it turned out it was one of the best decisions we have ever made!

The first thing we learned is that we are a Partnership by de-facto. Our Accountant had never regarded us as a business and didn’t even seem to realise that a Property Investment Business is actually a thing at all. His perception was that only professions and persons engaged in trading would be regarded as a business, but Property118 soon shot that down in flames by introducing him to case law proving otherwise and then referencing the Partnership Act which dates back over 100 years.

Our Property118 consultant then outlined some of the benefits for us to consider incorporation. I might have forgotten a few but the following is a list of those I recall: –

Incorporation involved selling our entire property rental business as a going concern to a Limited Company we would form in exchange for shares in that company, plus an indemnity for the company to take responsibility of servicing and repaying our existing mortgage liabilities. Because the ownership of the business remained the same there was no CGT or Stamp Duty payable at the point of incorporation. Also, with a combination of mortgage novation and the Substantial Incorporation Structure there was no immediate requirement to change our existing mortgage arrangements either.

We presented the report and recommendations prepared by Property118 to our Accountant, who then looked into everything they had suggested independently. Like us, he was initially sceptical, but the report from Property118 very conveniently included links to all the legislation and HMRC manuals he needed to research. His response to us was that the Propertry118 report was the work of a genius.

Initially, the costs of implementing the Property118 recommendations were a bit of a sticking point us, despite the fact that we would be saving upwards of £30,00o a year in income tax and potentially £ millions in inheritance tax over future generations. This problem was that we didn’t have £63,000 to pay for it all (we have quite a large and complex business which is asset rich but cash poor). However, my husband came up with an ingenious solution.

We were in the process of refinancing a few of our properties anyway, and we have always been cautions people and never borrowed more than 60% of the value of the properties.

“Why don’t we just borrow a bit more on the remortgages”, he said?

Our lender was offering us 2.95% interest only, so when we worked it out, borrowing an extra £63,000 would only cost us an extra £1,858.50 a year and by the time we both pop our clogs the Inheritance Tax we will have saved our loved ones a LOT more than that.

The whole process took about three months and I have to say the service was impeccable from both Property118 and Cotswold Barristers throughout. All of the questions we could think of were answered within a few days and often before we had even got around to asking them. Property118 use email and recorded Zoom meeting whereas the Barristers have their own secure system which enabled us to chat directly with our Barrister and track progress of our case throughout the entire process. This was a sign to us that we were dealing with true experts and the service did not stop there. On completion day we unexpectedly received a delivery of a beautiful box of flowers and a bottle of bubbly to toast our new beginnings. Since then, as further questions have popped into our minds, the responsiveness of both companies has been equally efficient.

So, the question I will leave you with is the same as the title of this article. If you’re contemplating selling up, Why Sell The Geese That Lay The Golden Eggs?

PS – the 10% UK property inflation over the last year has made us an extra £2,000,000. We might sell a few now that  we can do so with minimal tax consequences. The sale proceeds will be used to reduce our LTV even further and leave us with more liquidity for a healthier rainy day fund.