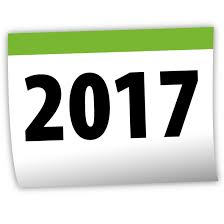 What does 2017 have in store for the property market?

There will still be an insufficient supply of housing to meet the demand and the gap between earnings and house prices is still expected to widen, strengthening demand for rental property

In terms of the property market, 2016 will be characterised by two events, the additional 3% stamp duty increase on second homes and Britain’s decision to leave the EU. According to the Royal Institute of Chartered Surveyors (RICS) stamp duty changes have had far more of a significant impact on the property market than the referendum.

The effect of stamp duty increases on the property market

In April 2016 when the stamp duty increase took effect, property sales were 19.6% below the 5-year average for April. Some have predicted that if the increase deters buy-to-let landlords, it will limit the supply of rental properties and with demand not showing any signs of a stagnation, the only resulting outcome would be an increase in rents as landlords aim to recover their tax losses from the tenants.

The effects of Brexit on the housing market

Britain’s decision to leave the EU is expected to slow the property market, as potential buyers and investors will be holding off purchasing property until negotiations are underway and it is clearer what sort of trade deals will be put in place.  The effects of Brexit are expected to be more pronounced in London, with Knight Frank predicting a 1% fall in property prices in the capital, and 1% growth elsewhere. Prices in central London are expected to stabilise, following declines in 2016. This will partly be a consequence of the lower pound value and strong appetite for UK property from overseas investors. Transactions in the capital and some other parts of the UK are expected to fall, in places by more than 8%. London looks to lose out to cities such as Manchester and Birmingham, where property prices are rising more rapidly ahead of earnings.

Section 24 will also be phased in from April 2017 over a four-year period, affecting individual landlords. Some of the amendments include restricting the amount of Income Tax relief landlords can get on residential property. Also, individual landlords will be taxed on revenue and not profit, so finance costs will not be taken into consideration, which will result in a loss for landlords that may be passed on to tenants.

Mortgage interest tax relief will also be phased out over the next four years, and the most landlords will be able to claim for will be the basic rate of tax, which is currently 20%. At present, landlords can claim relief at the top level of tax they pay, which means that those earning over a certain threshold can apply for relief of up to 45%.

These amendments will not apply to companies, so one way landlords can get around the implications of Section 24 is by setting up and trading under a limited company. Although this will mean landlords will avoid the negative effects of Section 24, setting up a company comes with its own obstacles and charges. There are fewer mortgage options available to companies, and there are other charges associated with owning a company including annual accounting fees (typically £1000 p/a) and a flat rate tax of 20% on all profits. Therefore, setting up a company is not always a viable alternative to paying the additional charged levied upon landlords in accordance to Section 24.

An alternative is to consider investing in commercial investments, such as loan notes or co-working space. These often need to be bought outright with cash, thus bypassing the requirement for a mortgage and subsequent tax hike.

Will there be any regime changes?

There has been some disagreement over whether there will be any regime changes in the property sector. Matt Tooth of LendInvest asserted that if property transaction volumes drop, the government might have to reconsider its housing policy and become more hands-off. Ian Thomas of LendInvest has predicted that 2017 could be the year of the u-turn when it becomes apparent that the amount of tax gained from Stamp Duty has been declining since the changes were introduced. Ian predicts that lower tax revenues will also negatively affect Philip Hammond’s proposal in his Autumn 2016 Statement to invest £1.4billion for house building to create 40,000 affordable homes and £2.3 billion to build 100,000 houses in areas of high demand. It has been calculated that the decrease in sales activity on properties worth over £1 million in the second half of 2016 has cost the Exchequer nearly £500 million.

The Bank of England however, has ruled out changing Stamp Duty of second homes or mortgage tax relief that will be implemented this April. The Financial Policy Committee has pledged to review its overall strategy for setting measures to guard against risks stemming from owner-occupier and buy-to-let mortgage markets.

In short, there is a significant amount of uncertainty whether the government will continue to target small to medium sized landlords with further policies that could pose additional negative impact on the buy-to-let market.

Although it is predicted that in 2017 property price growth will slow to 3%; low-cost mortgages and a shortage of supply vs demand will continue to buoy the property market meaning that the likelihood of a “house price crash” is extremely slim. The government has recently set out plans to build one million new homes by 2020, but the housing minister has conceded that targets for December 2016 are likely to have been missed. This puts further pressure on supply and keeps momentum within the property market.

Demand for property will continue to outstrip supply in 2017, and this will affect prices in the rental sector. Rental costs have been predicted to rise by up to 3% due to the shortage of housing, which will be welcome news to existing buy-to-let landlords. In 2016 rental growth was relatively sluggish, and even dropped in some places such as London by 0.31%, but 2017 will see an increase once again in rent prices. Demand for property will also remain steady. Despite the effect recent events may have on the property market, it will still take a generation renter on average 19 years to get onto the property market.

Predictions for 2017 and onwards

It’s widely accepted that property increases and decreases are cyclical, and that property is more of a medium-long-term investment. 2017 looks to be a time of uncertainty with regards to the property market, but temporary political uncertainties have a minimal effect on what is essential a robust market, that continuously outperforms other asset classes. The stabilisation in house price growth is expected after a period of huge growth and it is considered the natural correction of the house price market.

In fact, a leading estate agent has predicted that over five years, typical house price values will rise by 13%, from £214,000 to £242,000.  The East of England will see the largest percentage increase of 19%, meaning that the average house will cost £324,000. It is an ideal time to invest in property in Peterborough, a London commuter city that is expected to rise in desirability due to the amount of investment the area is receiving.

There is a general consensus amongst property experts that luxury properties in London will be hardest hit. A recommended strategy is to consider towns and cities outside of London and the South East, where property prices are generally lower and the market has been less affected by the hike in stamp duty. Average house prices in a city such as Liverpool stands at £164,563 (as of 1st January 2017), and an extra 3% paid in stamp duty is less pronounced than what it would be on a significantly more expensive property.

The UK’s property market has always been viewed as a stable investment, to both overseas and domestic investors. Political events in 2016 did little to destabilise the boom and bust cycles, so those looking to own property as a medium-long term asset should not be deterred.

In conclusion, Brexit is predicted to have a marginal effect on the property market compared to rise in stamp duty, and it is still possible that the government could reverse the increase when it becomes apparent that it has negatively affected the tax revenue. Britain’s property market is still a viable investment as the country remains politically stable, and demand continues to outstrip supply, an issue that is further exacerbated by the government’s failure to build an adequate number of new houses.

Interesting piece. Loveitts came up with some really good tips on how to sell your house which I would recommend reading with the year ahead https://www.loveitts.co.uk/sales/selling-tips

Reading this article that you made an excellent post. I think that your article will be helpful for us. It has been more info. Thanks for sharing this article. 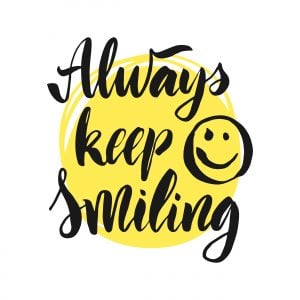 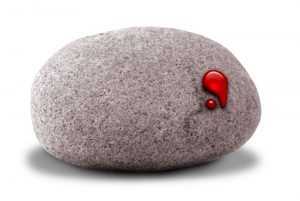 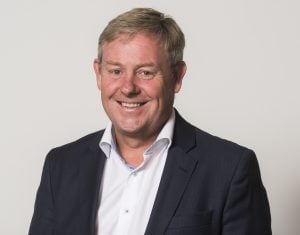 Is bridging finance an answer for buy to let landlords?

Where Will All The Bankers Go?