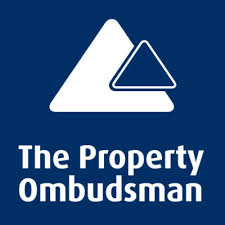 The latest interim report released by The Property Ombudsman reveals more than half of the 9141 enquiries received related to lettings disputes, nearly double that of sales.

This not only reinforces the importance of legislation introduced a year ago, making it a legal requirements for all letting agents in England to register with an approved redress scheme, but has left Christopher Hamer, Property Ombudsman, calling for a Property Agents Act.

As his 9 year term in office as Property Ombudsman draws to a close, Christopher Hamer has experienced fundamental changes to agent obligations throughout the property sector. However, he believes that current provisions do not go far enough in ensuring openness, disclosure and consistency for agents, tenants and landlords alike.

Mr Hamer explained “A Property Agents Act would update the Estate Agents Act 1979 to reflect developments in the sales market and most relevantly now, bring lettings into a precise framework where all agent activity is covered by one piece of legislation.” He has suggested licensing of agents, standardised tenancy agreements and compulsory client money protection could all be areas included in such an Act.

The figures, published in The Property Ombudsman’s 2015 Interim Report, reveal that membership levels have grown by 16% in the first half of the year. A total of 1,587 complaints (up 34% on the previous year) were resolved covering sales, lettings and other jurisdictions between 1 January and 30 June 2015.

• Consumer enquiries (p7): 9,141 consumers contacted TPO regarding a property dispute (an 8% increase on the same period last year). More than half of all the enquiries received were regarding lettings disputes with 5,303 enquiries logged (58%), nearly double that of sales enquiries which represented 30%.

Record level for rents in England and Wales

Can I request a Compulsory Purchase Order?