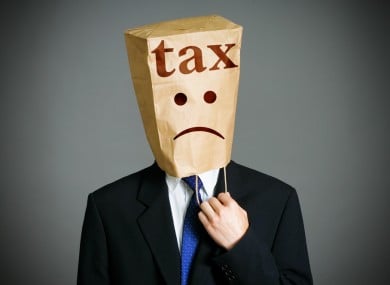 As of April 6th 2017, sole ownership of rental properties with buy-to-let mortgages will become less attractive than it ever was before.

This is because jointly owned property owners can form partnerships and distribute profits in the most effective manner, e.g. using the full nil rate tax band and basic rate tax bands of all partners. Furthermore, when * ‘formal partnerships’ incorporate they can claim business incorporation relief to mitigate Stamp Duty under schedule 15 of the Finance act 2003.

For married couples the transition is relatively simple to orchestrate. There is no CGT payable on transfers between spouses and splitting beneficial ownership using a Declaration of Trust also negates refinancing costs and associated conveyancing. See https://www.property118.com/declaration-of-trust/93073/

But what about people who are not married?

I will answer this one by creating an example based on a fictitious character I will call James. He is representative of a number of landlords I have spoken to since the 2015 Budget announcing the tax changes to finance cost relief.

James is a 49 year old divorcee. He earns £45,000 a year working for the NHS and owns four buy-to-let properties in his own name. Last year he formed a company to buy property number five because he knows that companies are not affected by finance cost restrictions. James manages all of his own properties.

James’ plan is to build a portfolio of rental properties to help fund his retirement. He is also a doting Grandfather, his daughter Ruth (age 22) gave birth to his first grandchild just six months ago. He helps them out financially wherever he can on the basis that Ruth is a single Mum.

As James Properties Limited is not affected by the restrictions on finance cost relief we will put that to one side (for now) and focus on the four properties in his own name. Both his daughter and his Limited Company are part of the solution though, so we will come back to that later.

The following illustration shows how the profitability of James’ property rental business will deteriorate over the next four years unless he takes positive action. I have not factored in any inflation effects on tax allowances, rent increases or other expenses related costs. 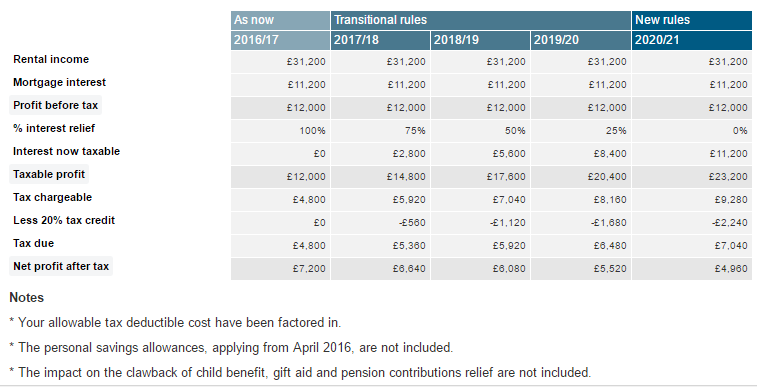 As you can see, his tax bill rises sharply. This impacts on his ability to help provide for Ruth and his “little bundle of joy”.

So what can James do?

James transfers 1% of the value of his four properties to Ruth and another 1% to James Properties Limited.

The Capital Gain realised is 2% of £50,000 X four properties, a total of £4,000 which is well within his annual CGT exemption allowance, hence no CGT is payable.

All transfers are made via a Declaration of Trust which also means that James’ doesn’t have to worry about the costs of remortgaging the properties into joint names.

He then forms a limited liability partnership between himself, Ruth and the company and obtains a Unique Tax Reference number for the LLP from HMRC .

Partnerships can distribute profits to individual members (not companies) in whatever proportion they deem fit. Just because Ruth only has a 1% stake in the properties means nothing. James can distribute as much of the profit as he wishes to Ruth in order to fully utilise her nil rate band tax allowance. He might also decide to distribute a greater percentage of rental profits to Ruth on the basis that she would pay tax at the basic rate whilst he is a higher rate tax-payer.

That’s not where this story ends though.

Remember that James has also made the company a partner in his business.

Whilst the company cannot take more than its 1% share of profit it can charge James for the management of his properties at the local market rate. This transfers profits into the lower rate tax environment of the company, which can then declare annual tax free dividends of up to £5,000 back to James.

James has every intention of continuing to add rental properties to his portfolio. New acquisitions will be within the company (which is a member of the partnership) for obvious reasons.

When the partnership owns 10 properties (minimum three years) James will look to incorporate his entire business into a holding company structure. By then he will also be in a position to claim incorporation reliefs to mitigate SDLT and CGT which would ordinarily become payable at the point of transfer.

Who is responsible for what in joint Freehold?

Property Investment in the East of England